Suzanne Collins's epic trilogy appears to have caught the imagination of a generation. The second installment was my personal favorite. I simply could not put it down.

As soon as I finished reading 'The Hunger Games', my hand was reaching out for the next book. Fortunately, I'd been given it along with the first.

I'd been warned by a friend that the second in the trilogy was not as good as the first. I have to respectfully disagree. It was better. This will be the one, I think, which will keep people musing long after the initial furor has passed.

The psychological implications outweigh the action by a long shot.

This is the sequel to Suzanne Collins's famous story. I think it's the best in the trilogy.

Catching Fire is the Empire Strikes Back of the Trilogy

The action is at a slower pace, but the background details are all slotted into place. 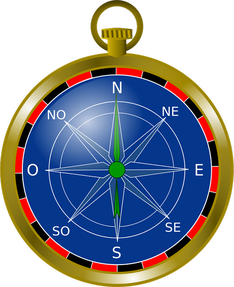 A friend, engrossed in Film Studies at university, once explained to me the winning sequence in a trilogy.

The first is all about action.  It gets the blood pumping and makes us care about the characters. Constantly seeing them in so much peril will do that.

The second has some action, but it's more about setting a scene.  This is where we fill in the context and the background color.  Our narrow vision pulls back and we see not just a world, but a universe.

The third is the grand finale, playing out the action on a much bigger stage.

She used the example of the Star Wars trilogy of films (this was back in the days before the three prequels).  A New Hope was swash-buckling fun.  Everyone loved it before it was the first.  It was original, simple and made us love Luke, Leia, Han, Chewbacca and Obi-Wan Kenobi.

The Empire Strikes Back was the one which no-one seemed to like at first.  But it's the one that everyone quoted and harked back to later.  It took years for people to realize that it was the most important of the three.  It had Yoda in it for a start.

Then Return of the Jedi painted its adventure over a much bigger platform, with plots and sub-plots, and a much bigger special effects budget. The older people whined about Ewoks, but mostly viewers thought it a stunning ending.

Suzanne Collins seems to have followed this same strategy with her The Hunger Games trilogy. I've not heard much love for Catching Fire, but I loved it.  I hungered for more details - how this had happened, what led to these moments, what were the lives of the victors like throughout the past of the games.

In short, I wanted the history and I got it.  One day, I think those criticizing this book will look at it like Star Wars fans view Empire.  It's the deepest, most startling of the three.

Please note that there are spoilers for The Hunger Games Book One coming up.

Book Review of The Hunger Games (Book One)
I was probably the only person left who had not read Suzanne Collins's amazing trilogy. Once I'd taken the plunge, I was riveted for days, until all three books were read.

What Could Follow After The Hunger Games are Over?

Book One took the reader into the horrific world of the games themselves. But now the bodies have been counted and the victory announced. 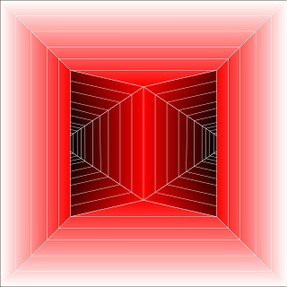 One prize for winning the Hunger Games is that the victor does not have to enter the Reaping again.

With that in mind, it seemed unlikely that either Katniss nor Peeta could enter that arena again. I suspected Primrose Everdeen would be next in line, and that the story would continue along similar lines. I was wrong.

The early part of Catching Fire follows our protagonists, as they attempt to adjust to reality through their trauma. By following them through their ordinary lives and onto their Victory Tour, we understand very well the mental and emotional cost of having taken part.

This is merely contextualizing detail. It sets us up for what becomes the bulk of the narrative; and that story is deeper, more lined with psychological mores than anything produced before. It makes The Hunger Games appear positively light-weight.

Through the events in Catching Fire, we learn a lot more about Panem and the history of the games.  We see how different people coped with living through what Katniss and Peeta are just discovering.

We see why Haymitch, and other mentors which fade now into view, have become like they are.  Damaged, troubled, angry, intoxicated/drugged, or all of the above.

The Hunger Games are never over in Panem, particularly not for those who took part in them. As Katniss and Peeta are about to find out the hard way.

One theme that is developed in 'Catching Fire' is that of the mockingjay. We learn why it wasn't so random that Katniss was given one; and now its importance has grown.

A bigger cast equals more personal stories, which results in a wider pool of people with which to identify.

As with The Hunger Games, we experience the events of Catching Fire through the eyes of Katniss Everdeen.

Just like her, we don't always know what's going on, nor whom we can trust.  We learn them as she does, and we're just as startled by some of the disclosures.

However, there are many more people at the forefront of this story.  Geeks are going to love Beetee; the psychologically battered are going to home in on Annie Cresta; eighty-year-old Mags proves that it's not just the youngsters, who can take center stage here.

My favorite new characters were Finnick and Johanna.  I liked that they had so many layers to their personalities, with a lot of personal history underscoring their quirks.  For all of their faults (and as previous victors in the games, we must add brutality and murder to the charge sheet), they both emerged as fascinating people.

Perhaps that says more about me, than it does about them.

Even as I type, the news is full of this story.  But it's the movie version that's making all of the headlines.

Filming has begun in various locations around the USA (currently Atlanta, Georgia, where a Justice Building has been constructed) for Catching Fire.

The cast members are starting to be known; and the buzz is already growing.

By the time that this movie hits our theater screens, on November 22nd 2013, that will have reached fever pitch.  You will be expected to know what happened in the book by then.  It'll be the biggest story around.

Keep up with all of the film's goings on, as the gossip leaks out into the press.

Soon as you sort your computer out, I'll be glad to Skype. I'm on there right now, ranting about Sycharth with friends. :) (http://wizzley.com/finding-sycharth-t... )

Anytime :) I wish you lived closer and/or my computer was working so we could skype and with Elen - she could use some intelligent non-mom conversation about her reading choices!

Ah! I should have worked that out. Thanks!

I totally agree with your assessment here. That's why I loved 'Catching Fire' so much, because of that extra data to assimilate. It's not nearly so clear-cut as in the first novel.

Cariad, the YA crowd is Young Adult :)
To be frank, this is the book where, to my eyes, Katniss started experiencing a pluthera of mind-fuck after mind-fuck(pardon the French here...sometimes there's really only one way to put it....and here we have it!) As did everyone else, for that matter...so it was fascinating to go through the "WTF!" and "Who can you trust?" and "What NOW?!" - when your world gets shattered, where do you go, who do you turn to? This book asks us all to look deeper - to trust and to turn away sometimes from what we'd instinctually think and do. I liked this book in conjunction with the first but the third not quite as much as the first two. Still flew through it, but....there was more to chew on in these first two.

Wayfarer - Excuse my ignorance, but what is the YA crowd? I am looking forward to the movie coming out, but I do wonder how they'll translate this one onto the silver screen. So much will have to happen in flashbacks or some device which takes us into Katniss's head, like voice-overs.

Empire was always a slow burner. I think Catching Fire will be too.

Lucas - I think Katniss and paranoia is a running theme throughout the trilogy! Though I do see your point here. It was mostly the history of everything that I loved. In many ways, Katniss took a bad seat for me here. It was everyone else's stories which grabbed me.

I don't want to give any Mockingjay spoilers here, but I can see two distinct halves. The latter half all takes place in a certain location, which I think will be film four.

Still prefers the first book, the Games felt better, whereas in Catching Fire, it was mostly Katniss being paranoid.. Still, I wonder how they'd manage to split Mockingjay into 2 movies...

The concluding part in Suzanne Collins's brilliant trilogy is played out on a... 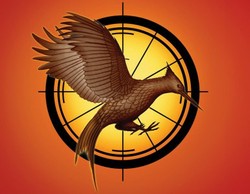 I was probably the only person left who had not read Suzanne Collins's amazing trilogy. Once I'd taken the plunge, I was riveted for days, until all three books were read.
39%  4   4 JoHarrington
Fantasy 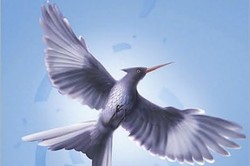 The concluding part in Suzanne Collins's brilliant trilogy is played out on a much bigger arena. Hollywood is splitting it in two for a double-bill movie.
Loading ...
Error!