The history of the New Forest in England is fictionalized through tales of the generations who lived in it. This historical novel makes for a charming and entertaining read.

The forest in Hampshire hasn't actually been 'new' since 1079, when William the Conqueror labelled it so. But people have long memories amongst the trees and heathland.

Edward Rutherfurd's novel is actually a series of interlinked novellas. They focus upon an individual, family or community who lived through each time, thus revealing a whole millennium through their eyes.

Each tale is as intriguing or engaging as the next; and, if you wanted the long view, you can follow the wheel of fortune for each bloodline. Yet it's an easy read too!

The Forest by Edward Rutherfurd

One Thousand Years of the New Forest in Novel Form 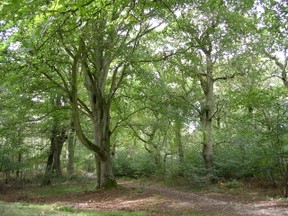 These days, I don't even need to know what the book is about.  I see the name Edward Rutherfurd and I buy it.  I've not been disappointed yet.

I love the way that he tells stories.  He takes a place - a city, an area, a country - and fixes it with the long view.  We start at the beginning and there will be a family, or a person, there.  As their tale is told, the area forms the backdrop.

The next story occurs after a jump of a generation or two.  It might be the same family or a neighboring one.  The descendants have a slightly altered backdrop, as the area is developed, built or merely evolves.

I've watched Dublin, London and Salisbury turn into cities and thrive under this literary device. Now I've witnessed the transformation of the New Forest from royal hunting ground to rural tourist attraction.  The farming, the smuggling, the shipbuilding and the coastal defenses are mere punctuations along the way.

Nor is this the tale of aristocrats, which too many historical novels are.  Commoners and the middle classes form the fundamental human life in this corner of Hampshire.  The royal and noble lodges and estates are there too, but they aren't the whole story.

And they are stories.  Wonderfully researched and precise in their historical detail, but all are read as the tales of people whom you quickly care about.  You don't have to be a historian, or even be too interested in history, to warm to these moments of human drama.

There's no one genre of story. We move from romance to thriller, from Boy's Own tales to tragic comedy. 'The Forest' keeps us entertained throughout. 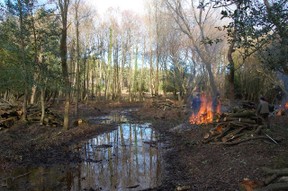 There are nine stories in Edward Rutherfurd's The Forest.  The preface takes us on a plane ride over the whole terrain, noting places of interest, which we know we'll soon recognize with an old familiarity.

The final tale takes us from the moment that plane touches down in 2000.  By then, we certainly do know all about it.

There's a quiet sense of superiority, as we now know more than the lady flying in it.   We could practically be her tour guide; which is a bit of a shame in context.  Seven wonderful novellas in the middle have brought us to this place.

The Hunt:   A generation after the Norman Conquest, it really does matter whether you are Celtic, Saxon or Norman in the New Forest.  Adela de la Roche is the French speaking noblewoman learning this the hard way.

She has to find a husband and fast, in order to have any influence at all over her future.  While the Celts can be disdained (they could be hanged, or lose a limb in retributive amputation, at a word from her), the dispossessed son of a Saxon earl looks very attractive.  But then so does that powerful, land-owning (and married) Norman baron.  The latter is the favored prospect.

It sounds like a romance, and it could be read as such, but personally I was gripped more by the issues of ethnicity in the Forest.

Beaulieu:  Cisterian monks have formed an Order in the southern part of the Forest.  It's now 1294 and parts of the ancient woodland, river banks and plains have been transformed into granges.  Local people can find work there, tending the sheep, fishing, working in the fields or chopping down timber.

But there are temptations beyond the monastic serenity and routine for certain monks; and that can only lead to trouble.

Lymington:  Apparently a dragon has been seen, and quite recently, out in the village of Burley.  It's enough to have two young Lymington boys set out on the expedition of a life-time.  Meanwhile their fathers are at the center of a village wide gambling frenzy.  Who is right about the speed of ships across to the Isle of Wight?  Calculating, rational Totton or Seagull, the best sailor on those shores?

It's like Stand by Me set in 1480; with a beautiful option on the relationship between fathers and sons.

Autumn in the New Forest

I've only ever driven through the forest on the main road, but I thrilled to the footage here. It feels like I know all of these places after reading the book!

The Armada Tree:   It's 1587 and the whole forest is on stand-by.  They know that the Spanish are coming and the first sighting will be from their location.  The New Forest ends at the shoreline of the Solent, overlooking the Isle of Wight and the English Channel.

These are tense times for the inhabitants of the forest.  For the aristocracy, there's a sense of being on the wrong side of history, or the right side, who can actually know right now?  Catholic versus Protestant has led to too many executions and dispossession.  It's likely to lead to more.

For the commoners, there's the certain knowledge that their own homes and families may be endangered, if the warnings aren't given in time.  Tragedy awaits, but for whom?  Or will all of that foreboding amount to nothing?  The seeds planted now will ripple through the ages.  They just have to be planted with care.

Alice:   By 1635 it seems like all of the guessing games are over, life can go on as normal.  But this is the story of one lifetime, from girl to woman, during one of the most tumultuous times in English history.

Alice Albion will live to see a king beheaded, a nation in civil war, the rise of the Puritans and their repressive parliament, and the reinstatement of the monarchy.  As a landed and titled woman in her own right, she has to make her choices well.  Not only personal considerations are at stake here, but the ancient rights of her tenants too.

Both Cromwell and the king have the New Forest in their sights.

Albion Park:  The forest and its people have long memories.  Three generations on, Alice's decisions still have consequences, not merely for her descendants but for other families too.

It is 1794 and Mrs Grockleton is trying to impose some Georgian elegance on Lymington.  However, there's a revolution raging across the English Channel; and Free Traders (that's smugglers to the government) have the run of the coastline.

The forest keeps its secrets, as we flit between its dark side and its light side; and not everything is as it seems.

Poor Lymington. I'll never be able to see anything there without also picturing the Seagulls, Tottons and Grockletons on those streets!

Pride of the Forest:  The Victorians, in their arrogance, seemed interested only in what the forest could sacrifice on the altar of empire and industry.

The Office of the Woods (the precursor to the modern Forestry Commission) is intent upon inclosures covering huge swathes of forest land; finding loopholes to wriggle out of the ancient rights of foresters; destroying all of the wildlife; and, hopefully, removing all of the people.

Aristocrats, Crimean war veterans, commoners and artists alike have a fight on their hands.  But since when did the people of the New Forest ever shy away from that?

This tale takes us from George Pride's youth, in 1868, to his reminiscing with his daughter-in-law in 1925.  It is an extremely fitting final installment in an epic tale.

The Forest:  We are finally back at the beginning, with Dottie Pride's journey through the landscape of the New Forest.

In 2000, the descendants of all whom we've met are encountered, as she explores the National Park.  Protected now, and with its most pressing modern issues being the ignorant destruction left by tourists on its pathways.  I was certainly planning my visit there by then!

I've read all of these novels and I thoroughly recommend them all. Sarum is Salisbury, by the way, and that is Stonehenge on the cover.

Afaceristonline - Thank you very much; and to you too.

I do thoroughly recommend it. Or indeed any books like this by him.

Sounds good. I'll be looking for this one.

In looking up the Amazon book to show, I realised that he'd written a novel about New York. That's on my list next!

Forest is a word used to mean an area of land set aside for royalty to hunt in. As that tended to mean deer, then British forests were usually about trees. But they don't have to be. The New Forest is a great example of how it can also include heathland, moors, rivers and just about everything else too.

When plague came to Eyam, the villagers chose to quarantine themselves to sav... 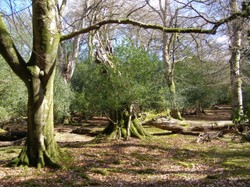 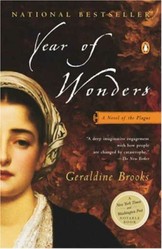 When plague came to Eyam, the villagers chose to quarantine themselves to save their neighbors. This is a novel about what it was like to be there, trapped within deadly streets.
100%  21   10 happynutritionist
Historical Books

Corrie ten Boom and her family are known for helping Jewish people during WWII. She survived the notorious Ravensbruck Concentration Camp, she is loved by many...here's why.
Loading ...
Error!