A review of the classic murder mystery written by Agatha Christie.

Synopsis: The talented but adulterous physician, Dr. John Christow, is murdered while attending a family get-together. When his body is discovered, his wife, Gerda, is standing over it holding a pistol. This was witnessed by famed detective, Hercule Poirot and Gerda is immediately the prime suspect. There's just one problem, the gun in her hand wasn't the same one that killed her husband.

After taking a short break from Agatha Christie novels, I wound up checking this one out at our local library a couple weeks ago. And, despite not being at the ice rink with my daughter as much as I normally am, managed to find time to read it (usually while my wife was watching one of her TV shows I wasn't interested in).

While I like Agatha Christie in general, I have learned some of her novels just don't live up to the expectations set by her best works. Unfortunately, this is one of those novels.

I'll start out by saying I did like the characters in this book. I especially like how she took the time to introduce us to the victim by taking us through a day at his practice, revealing how he cared more about his work than any woman in his life (including both his wife and his mistress, Henrietta) and was just "tired." And, I have to admit, the foreshadowing early on in the book, with his daughter using cards to predict his future (and drawing the "death" card) was somewhat cool.

Unfortunately, the problem I had with the book was a pretty big one. Despite the effort it made to give the reader various potential suspects, it wasn't too difficult to figure out who the killer was. This is mostly because the mystery follows a pattern that is similar to other Agatha Christie novels, with one of the characters being the most obvious suspect and having them essentially cleared by an air-tight alibi only to reveal they, in fact, pulled it off (sorry about the spoiler with that).

It doesn't help that Christie, once again, told the story from multiple points of view. Yes, it does, admittedly, give the reader a little better insight into each of the characters and, ultimately adds depth to them. But, unlike some earlier Hercule Poirot novels, which were told from the first person point of view of Captain Arthur Hastings or another companion, it also tends to reveal a little too much information. The best mysteries, in my opinion at least, are the ones that let you find out information at the same time the detective does.

I didn't hate the book. But, compared to many other Agatha Christie murder mysteries (especially those that also have Hercule Poirot), the story just seemed to lack something. I don't regret reading it but I suspect it won't be one that I'll remember.

StevenHelmer, Thank you for practical information, pretty pictures and product lines.
The library system does have The Hollow listed amongst its Agatha Christie books. It also has a film version that has David Suchet in the role of Hercule Poirot.

Would you happen to have seen the film version?

A review of the classic murder mystery novel published by Agatha Christie in ...

A review of the 1935 murder mystery written by Agatha Christie. 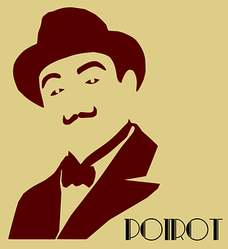 A review of the classic murder mystery novel published by Agatha Christie in 1941.
17%  1   2 StevenHelmer
Mystery

A review of the 1935 murder mystery written by Agatha Christie.
Loading ...
Error!