Synopsis: After a reverend dies at a dinner part, Hercule Poirot believes the man, who was in poor health, died of natural causes. However, when a doctor dies in a similar fashion at another party with many of the same guests and is determined to have been poisoned, Poirot realizes he made a mistake the first time and agrees to help an actor and his companions solve the case.

After finally reading Murder on the Orient Express only to be somewhat disappointed by it, I had planned on taking a break from Agatha Christie novels and reading something different. However, when I couldn't decide on another author, I decided to give her one more chance and ended up reading this book.

I must admit, at first at least, I thought I was going to be disappointed again. This is mainly because, even though it is advertised as a Hercule Poirot mystery, Christie's famous detective doesn't have as much of a role in this book as he does in his other ones. In fact, he is barely mentioned in the first half of the book and, when he finally does show up and offer his services, three others (Sir Charles Cartwright, Mr. Satterthwaite and their female companion, "Egg") do most of the actual investigating.

However, despite some reluctance to continue, I did finish the book. And, after doing so, I found it was considerably better than I thought it was going to be.

The reason for this, in my opinion at least, was the mystery was much more baffling than I was expecting it to be. I was able to successfully guess at who the killer was. However, my guess was based more on my experience with Christie and knowing her literary habits than anything in the book itself.

In fact, even though I was able to guess at who the killer was, I was not able to figure out how that person committed both crimes or, even more important, what that person's motive was. This was especially true of the first victim, who didn't seem to have an enemy in the world and would make much more sense as an accidental death if the evidence didn't prove otherwise.

I thought Poirot's big reveal at the end was a little drawn out, especially since he reveals the killer's identity during the first part of his speech. But, his methods for figuring out who the killer was were still somewhat interesting, as was he explanation for the preacher's death. And, as a result of that, I did enjoy reading it up until the last page.

I don't know if I would consider this one of my favorite Agatha Christie novels, mostly because of Poirot having such a limited role in it. However, I did enjoy reading it more than I was expecting to and would recommend it because of that.

StevenHelmer, Thank you for practical information, pretty pictures and product lines.
The library system here has Three Act Tragedy as an audio-book, a book and a film. So I intend to include this among the list of books that I'll be reading and the films that I'll be seeing once Lent ends.

Would Three Act Tragedy have been more effective if Hercule Poirot had appeared earlier? I'd suspect that he must have done so in the film since David Suchet fans would want him appearing as soon as possible! 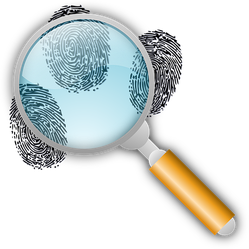