Nothing is coveted more by Kentucky bourbon distilleries, or by all distilleries for that matter, than their individualized yeast strain used to make bourbon. It bubbles in fermenting vats when turning the sugar in the grains into alcohol. Generations pass it down as a family heirloom and preserve their unique strain under lock and key. Yeast is the DNA of bourbon making. Without it, the distillery has no identity and could be out of business.

At the Jim Beam Distillery in Clermont, Kentucky there's a long line of Beam family members who assume the role of Distiller, which dates back to Jacob Beam who founded the company in 1787. He'd moved to Kentucky from Germany and was given 200 acres where he grew corn and began to distill whiskey. His brand now is in approximately 125 countries and going strong.

Baker Beam, once a Jim Beam Distiller, is retired from the company. He, too, protected the Jim Beam yeast strain. Baker's Bourbon 107 Proof and aged seven years is named after him.

According to Baker Beam, the distillery's yeast strain has been in the family since before, during and after Prohibition (1920-1933).

In the old days when the plant shut for the summer and the yeast had to be preserved against high temperatures, his Daddy, Carl Beam, sent most of the strain to Merchants Ice and Cold Storage in Louisville. But he feared it would be stolen, or somehow destroyed, so he kept some in a handmade copper yeast jug in his home.

"I did the same thing when I was Distiller. If I lost it, my small supply would get me back going," Baker reminisced recently. To do it, he'd have to take a smaller yeast cell from the larger supply in the jug (similar to potato sprouts) to begin the fermenting process. "Jim Beam is a sweet yeast," Baker added. "We have to be careful not to contaminate it. That one gallon yeast jug had the capability of making millions of gallons of whiskey."

Today, the Jim Beam yeast strain is protected at the plant. But rumor has it Fred Noe, the present Master Distiller, has a small amount in safe keeping -- just in case.

A Yeast Jug Could Save the Company

Just 120 days after Prohibition ended, Jim Beam Distillery was up and running -- and it hasn't stopped. Today, the company makes 50% of the bourbon produced in Kentucky, and that state alone makes 95% of the bourbon sold in the world. Other Jim Beam eye-popping statistics tell a grander story. The company uses 200 acres of corn a day and bottles about seven million cases a year.

A guided tour here is exceptionally well done. It begins on a mini-van where everyone is christened with the Beam last name. From fermenting vats to ageing warehouses to bottling line to tasting room, the one-hour tour covers all aspects of this huge operation, yet accomplishes the "family" feel of the place.

The tour ends in the "American Stillhouse" where participants are given a programmed card with two small samples. All 14 Jim Beam brands can be accessed at dispensers. It's possible to purchase bourbon, bourbon products and other memorabilia at Jim Beam as well.

Jim Beam Distillery can be contacted individually. It is also part of the Kentucky Bourbon Trail® tour.

The area around Clermont is ideal for visitors. Contact the Sheperdsville tourist office for suggestions.  Bardstown was voted "Most Beautiful Small Town in America" by USA/Today
and Rand McNally. Terrific for accommodations, dining, tours, boutique shopping and two Civil War Museums.

Best to see this area by car although several tour companies offer VIP and group programs.

Hi Butch, Thanks for the read. I don't remember the winery next door because I was on the run visiting all the distilleries. Judith

Their bourbon is fantastic. There is a great little winery next door to Jim Beam also.

Thanks, Brenda. There's more to this Trail, which I'll post on Wizzley.

Great article. I'm going to have to do the trail also.

by Judith Glynn. Visitors to Ohio's city on Lake Eire get a whimsical slice o...

by Judith Glynn. See pasta being made. Nibble on biscotti. Sample Italian win... 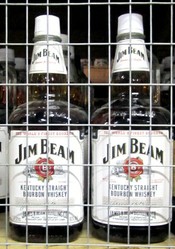 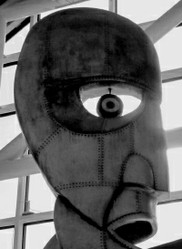 by Judith Glynn. Visitors to Ohio's city on Lake Eire get a whimsical slice of life here at museums, shops and venues. Created to highlight the unusual, some offer free admission.
45%  1   6 JudithG
Italian Food 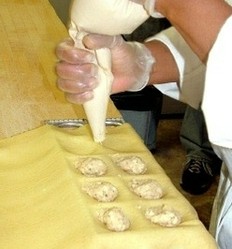