To stand in the exact spot where a scene from a well-known film was made or to follow in the footsteps of famous actors is the basis of today's film tourism industry. Nowhere has its European roots flourished more than in Prague and throughout the Czech Republic. Places that were once highlighted in paper maps and guidebooks are now part of social media with a free app for Apple and Android smart phones and tablets.

On the outskirts of Prague sits the sprawling Barrandov Studios, home to 80 years of creating commercials, films, TV series, music videos and post-production purposes for national and international companies.

Still standing and used to this day is a wooden building built by the Nazis where 80 German propaganda films were made.  For The Borgias (2010) series, the studio created a replica of the Sistine Chapel and the papal apartments.

The back lots and studios can be visited when not in use. A nice touch is to identify the flag(s) flying at Barrandov; they represent the country that is filming on the property.

Director Brian DePalma and Tom Cruise filmed Mission Impossible in the Czech Republic. Even Kanye West crossed the Charles Bridge for one of his music videos.

Prague and other Czech Republic locales enjoy a huge influx of Korean visitors due to the filming of the Korean TV series Lovers in Prague.

Hometown filmmaker Miloš Forman returned to Prague to film the eight-time Oscar-winning film Amadeus in 1983, six years before the country's Velvet Revolution in 1989.

Thanks to Forman, the world saw the city hidden behind the Iron Curtain for its stunning beauty as a film location filled with spires, medieval bridges, narrow lanes and the possibility to look like Vienna and other locations.

"We think this Czech Film App will promote the Czech Republic in a new way," said Jiří Dužár, Special Project Manager of Czech Film Tourism. "People like to follow interesting stories seen in movies. They want to be treated as movie stars and experience what their hero experienced," he continued.

And experience they can in grand style. The app offers hundreds of locations throughout the country showing location, photos of the film(s) and a video extract viewed on a smart phone or tablet. Compare reality with film-making and illusion.

Customize a Trip and Win Badges

For the Prague visitor only, there are 75 film locations related to films. The city can be seen from its film prospective in a weekend or more days for those seeking an in-depth experience.

Countrywide is a different adventure altogether. The app allows for individual itineraries planned by region or by the app user's favorite movies. Genres are divided such as fairy tale, romance, musical and more.

Die-hard film tourism devotees can collect check-ins, badges and film crew ranks on their profile. Behind the scene information is available.

The Czech Film App works with Google maps. Don't have a smart phone or table? The app's website is chock full and the perfect starting point to plan a film itinerary in one of the world's most beautiful countries many have already seen on the big screen.

For extensive information about Czech Republic, contact their official tourism office. A perfect intimate and renovated hotel in Prague is the Hotel Clement located close to Old Town. Added bonus is it's walkable to Palladium shopping mall. 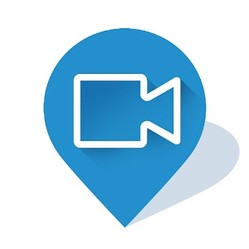