Bride & Prejudice charms audiences with a romantically comic update of Jane Austen’s Pride and Prejudice with venues in Amritsar, London, and Los Angeles.

The romantically comic adaptation brings together the initially interpersonally, psychologically, and socio-economically mismatched pair of:
• Lalita Bakshi (Aishwarya Rai), a second-eldest daughter proud of her family’s cultural integrity and prejudiced against the ruthlessness of big-city lifestyles and money-driven decision-making;
• William Darcy (Martin Henderson), an American businessman proud of his entrepreneurial successes and prejudiced against the inefficiencies of non-Westernized countries and tradition-guided cultures.

Bride & Prejudice thereby communicates the same timelessly deep truths as the original by remaining timely but true to characters and plot.

It emphasizes Lalita’s compassion in:

Bride and Prejudice - Take me to Love

The storyline gets told in the super-entrancing, super-vibrant Bollywood styles through:

Lalita has a tendency to:

Her epiphanies inspire such mesmerizing song-and-dance routines as:

Bride And Prejudice No Life Without Wife HD

She leaves everyone on-screen and off culturally enriched, educationally entertained, geo-historically enthralled with astute inputs by:

Mira, Bride & Prejudice is a rivetingly enjoyable film from beginning to end, with all of the actors and actresses committed to making "Pride and Prejudice" understandable in a mesmerizingly modern context.
I can't tell you how many times I take my copy out to watch it since, as you suggest, it appeals to audiences far beyond the subcontinent.
I hope the Bollywood movie-showings go through!

It sounds like a great idea, as it easily conveys the central messages of Pride and Prejudice while adapting them for an Indian audience. Moreover, it looks like this movie would appeal to a larger audience as well. Cinemas here planned to start showing Bollywood movies, by the way. I read an article about it. Nothing happened so far, but who knows.

Film Review: Much Ado About Nothing, Shakespearean Play Filmed...

William Shakespeare's romantic comedy Much Ado About Nothing finds its most b... 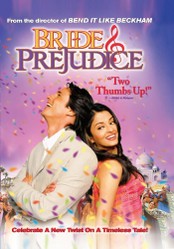 Diaries and divorce impact characters played by David Niven and Shirley Temple in the 1949 film version of "A Kiss for Corliss."
71%  4   8 DerdriuMarriner
Comedy 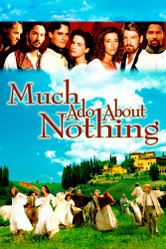 Film Review: Much Ado About Nothing, Shakespearean Play Filmed by Director Kenneth Branagh

William Shakespeare's romantic comedy Much Ado About Nothing finds its most buoyant, joyous filming in the 1993 version directed by Kenneth Branagh and his stellar cast and crew.
Loading ...
Error!