British Library Explores State Propaganda from Around the World

Propaganda: Power and Persuasion at the British Library explores government propaganda programmes from the ancient Greeks to the modern day.

The latest exhibition at the British Library entitled Propaganda: Power and Persuasion, looks at government propaganda programmes from around the world. Propaganda has played an important part in fighting wars, creating division, generating feelings of national pride and even fighting disease. More than 200 items provide a fascinating view of such programmes from the ancient Greeks right up to the present day. The exhibition asks why governments thought these programmes were necessary, how they were executed, and how effective they really were.
Nazi propaganda will send shivers down your spine while badges and bank notes, things that we so often take for granted, make us think twice about their true message.

The British Library (BL), one of the world’s finest research libraries, has a collection of over 150 million individual items, including books, journals, manuscripts, maps, music, newspapers, patents, photographs, sound recordings and stamps.  The BL offers permanent displays of some of the world’s rarest manuscripts as well as an on-going programme of exciting and informative temporary exhibitions.

Propaganda: Power and Persuasion is curated by Jude England and Ian Cooke, curators of Social Science at the British Library.

The exhibition also includes a number of short films created for public information programmes. These include the ‘coughs and sneezes’ advertisements, starring Richard Massingham, and the AIDS campaign, narrated by actor John Hurt.  These films are shown in partnership with the British Film Institute.

Bert, the Turtle: ‘The Duck and Cover Song’

During the 1950s the United States federal government commissioned a series of civil defense films known as the ‘duck and cover’ campaign, in response to the Soviet Union’s programme of nuclear tests.

One film, entitled Duck and Cover, (1951) featured a turtle named Bert who gave instructions on what to do in the event of nuclear attack.  The exhibition includes the sheet music for the title song, Bert, the Turtle, by Leon Carr, Leo Corday and Leo Langlois.

Bert, the Turtle: ‘The Duck and Cover Song’

‘I Want You for U.S. Army’ by James Montgomery Flagg

I Want You for U.S Army, by illustrator James Montgomery Flagg (1877-1960), is one of the unforgettable images of the 20th century.  The recruitment poster was inspired by a poster of Lord Kitchener created for the British government by British illustrator Alfred Leete in 1914 (not featured in the exhibition).  Leete (1882-1933) depicts the British Secretary of War, Lord Kitchener, urging men to volunteer for the armed forces two years before conscription became compulsory.

More than four million copies of Flagg’s poster were produced during 1917 and 1918 and because the image was so incredibly popular it was used again during World War II.  Flagg presented a copy to President Roosevelt, telling him he had saved money by being his own model for Uncle Sam.  The President, obviously impressed, said:  "I congratulate you on your resourcefulness in saving model hire. Your method suggests Yankee forebears."

The British government, namely the Political Intelligence Department of the Foreign Office, created many leaflets which were dropped over France, Holland, Germany and Italy.  The purpose of these leaflets was to raise morale among British occupying troops whilst demoralizing the enemy.

World War I and II Propaganda

To coincide with the exhibition, British Library Publishing has released a highly informative and enjoyable publication, also entitled Propaganda: Power and Persuasion.  Written by David Welch, the 218-page book features more than 100 colour illustrations.  The author investigates the various methods and types of propaganda used by numerous governments around the world.

Historian David Welch is Professor of Modern History and founder and Director of the Centre for the Study of Propaganda, War & Society at the University of Kent.  He is the author of several publications including Germany: Propaganda and Total War 1914–18, The Third Reich: Politics and Propaganda, and Justifying War: Propaganda, Politics and the Modern Age (with Jo Fox).

Visit the Exhibition or Enjoy Public Events at the British Library

Propaganda: Power and Persuasion is open from 17th May to 17th September 2013.  Tickets and details of all public events are available from the British Library.

Exhibitions to Enjoy During Summer 2013

The Queen's Gallery, Buckingham Palace, Presents In Fine Style - The Art of Tudor and Stuart Fashion
The art of dressing in Tudor and Stuart Courts is revealed through paintings, drawings, prints and books together with historical surviving clothing and accessories. 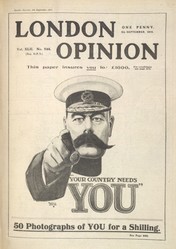 Summer art festivals and fairs can be overwhelming with so much to see and do, but proper preparation can help you get the most fun out of them.
Loading ...
Error!