Henry Mathews – London Artist About Whom Little is Known

Little is known about London artist Henry Mathews. Active in the 1970s/80s, this artist produced vibrant oil paintings and prints.

Henry Mathews was a London artist about whom I have been able to find very little information. He started painting late in life after a career in industry, and lived and worked in Hampstead in north-west London. He was extremely prolific during the 1970s/80s and I believe he passed away in the early 1990s.

One of my friends, Lesley Smith, is an avid fan of Mathews' work. Over the years he has acquired a very lovely oil painting and about two dozen prints. Lesley agreed to speak exclusively with Wizzley about his collection:

Wizzley: When did you become interested in Henry Mathews?

Lesley: I first met Henry in the 1980s. He was a member of a local arts club and he exhibited some of his paintings and prints in our local library. His studio, set up in his house, was absolutely crammed full of paintings, prints and scraps of musical scores.

Wizzley: What is it about Henry Matthew's work that so fascinates you?

Lesley: I think it's how he interprets works by artists such as Shakespeare or Beethoven and Mozart, or how he looks at well-known themes like Harlequin and Columbine. I've got this oil painting – it's very powerful and lively. Columbine watches from above as Harlequine plays the lute. Mathews often incorporated pieces of printed music in his artworks. In this case, the music is a scrap of Carnaval by Robert Schumann.

Henry Mathews - If Music Be the Food of Love

Wizzley: Your collection also includes a number of prints in which Mathews explores Shakespearean characters.

Lesley: Yes, one of my favourites is If Music Be the Food of Love. In this print Mathews presents his interpretation of a scene from Twelfth Night. In many ways the characters he depicts look similar to Harlequin, but in this case the character is probably Feste, the clown, who sits crossed-legged, holding a jester's hat, with a lute by his feet.

Lesley: Here again,the figures do feel familiar – the brightly checked costume of Mozart's Papageno with the tall, vividly coloured hat, are definitely similar, but you have to look at some of his other works where you can see lots of different figures. For example, in A Midsummer Nights Dream Titania gazes adoringly at Bottom who wears an ass's head. He holds a red rose, a powerful symbol of passion. Oberon looks on from the side. He is chastising Titania for wasting her affections on an ass. A bearded figure, that resembles William Shakespeare, watches from above.

In Romeo and Juliet we see a completely different types of figures, their poses are what we might call more normal.

Everyone knows this scene. As Juliet leans out of her window overlooking the Capulet orchard she is seemingly unaware of Romeo hiding below. She asks why must Romeo be a Montague, son of her family's worst enemy? She begs him to deny his family to be with her. She adds that if he declares his love for her, she will deny her family's wishes to be with him. While Juliet makes her impassioned plea, Romeo, with his back to the viewer, is gazing upwards. Again, we see that red rose symbolising his passion for her. Romeo's shirt is made up of text from the balcony scene (Act 2.1.74–78).

The Final Word on Henry Mathews

Wizzley: Will you carry on collecting Mathews' works?

Lesley: I hope so, but you don't see them for sale very often. Oddly enough, I did find one at a car boot sale, the last place on earth that I would have gone looking.

Wizzley: Will you collect works by other artists instead?

Lesley: No, definitely not! Some people do, but I think they're in danger of ending up with a real hotchpotch of art. For me, the more focused the collection, the more value it has. Of course, I shall always be trying to discover more about Henry Mathews. Having a detailed history of the artist will add to the value of the collection for future generations.

I have a painting by him and my mother has several and various cards and letters. He was a family friend and made a huge impact on me as a child. He escapes Germany before the war and also worked for the intelligence services (we think) during the war. He is an amazing artist and so sad I have today found he has died... Please contact me if you want more info [email protected] I am also on FB under Myette Godwyn. We have a version of Harlequin and I have one of a woman playing the flute next to two clowns - not sure name fo painting. My mum has many small painting sent to her as Christmas cards from him...

Mira and Jptanabe - thank you so much for reading this article.

I like his art :) I particularly enjoy his composition in Harlequin and Columbine!

I'd never heard of Henry Matthews. His art is definitely Interesting!

The Only Collection of American Arts and Crafts Permanently Located Outside t... 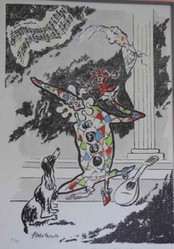 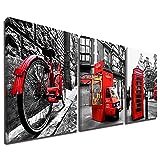 The Only Collection of American Arts and Crafts Permanently Located Outside the USA.
20%  2   2 FrancesSpiegel
Art Museum To mark 150 years of London's underground transport system the London Transport Museum presents Poster Art 150 - an exhibition of 150 of the finest posters in their collection.
Loading ...
Error!