The Only Collection of American Arts and Crafts Permanently Located Outside the USA.

Exhibition of Arts and Crafts from the United States

The American Museum in Britain (AMIB), at Claverton Manor, Bath, is the only permanent public collection of American decorative arts and crafts to be found outside the United States. Established in 1961, the museum marked its 50th anniversary in 2011.

The Origins of the Museum

The museum was originally set up by three friends: British antiques dealer, John Judkyn; American psychiatrist and collector, Dr Dallas Pratt; and Nick Bell Knight, a furniture restorer. In the mid-1950s Judkyn and Pratt had already decided to establish a museum of American decorative arts and crafts in Britain. By 1958, they had chosen Claverton Manor as an appropriate exhibition centre and started seriously searching for suitable items.

What Does the Collection Contain?

The arts and crafts on display span a period from the early settlers to the 20th century, and the displays explore all aspects of American culture. Exhibits are placed in reconstructed period rooms from buildings in the United States. More than 15,000 pieces are on show, including costumes and gowns, porcelain and furniture. The museum also has a fine collection of early maps charting the opening up of the Americas, as well as native folk art and a wonderful collection of quilts.

As part of the 50th anniversary celebrations the American Museum opened a new Folk Art Gallery where work created by craftsmen active in pre-Industrial America is on display. Much of this work had a practical purpose such as weather vanes, bird decoys and trade signs.

The old stables have become The Coach House. The centre is used for concerts, film screenings, educational activities and lecture programmes, as well as for corporate activities.

Books to Help You Enjoy Your Visit

AMIB has published a number of books that will not only enhance your visit, but will also provide a permanent record for you to take home. A general introduction to the museum can be found in ″Aspects of America″ by Sandra Barghini, former director of the museum. In addition, Laura Beresford, the museum's curator, has written ″Folk Art from the American Museum in Britain″ in which she discusses exhibits displayed in the Folk Art Gallery. If you are interested in the quilt collection then ″Classic Quilts from the American Museum in Britain″ by Laura Beresford and Kate Herbert could be of interest.

The museum is open during the summer months, with an annual closure from October to early March, apart from a four-week period leading up to Christmas. Details of exact opening times and dates can be obtained from The American Museum in Britain.

Arts and Crafts of America

If you go to the museum during the next couple of months they have a new exhibition of American photography: http://suite101.com/article/hyland-co...

Wow. I will certainly make sure to see this museum when I get to travel to the Cotswolds, as I see Wiltshire is not too far away from there! Thank you for the article! :)

Hajj: Journey to the Heart of Islam - Exhibition at British Mu...

Display looks at the Hajj. Through beautiful objects related to the pilgrima...

The Art of Stone Painting: 30 Designs to Spark Your Creativity
42%  5   4 FrancesSpiegel
Art Galleries 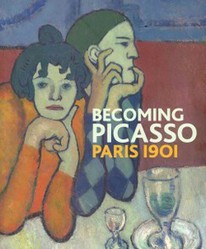 1901 was a crucial year for Pablo Picasso. Becoming Picasso: Paris 1901 discusses key events and looks at how his artistic career developed during this pivotal year.
26%  2   3 FrancesSpiegel
Historical Museums 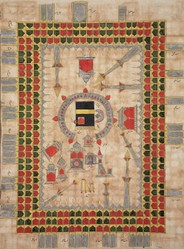 Hajj: Journey to the Heart of Islam - Exhibition at British Museum

Display looks at the Hajj. Through beautiful objects related to the pilgrimage, the display engenders greater understanding of the Muslim faith.
Loading ...
Error!