A murder that happened over 100 years ago has yet to be solved. Could a secret be buried that long or was it simply an accident that the community was secretly thankful happened?

By most accounts, Orlando P Dexter was not a very neighborly man. That may explain why he met his demise in the manner he did but does it also explain why no one was ever arrested for his murder? Was there plenty of motive but no actual crime of intention? Could it have truly been an accident caused by carelessness? Was the silence part of a conspiracy or was it just neighbor protecting neighbor because they shared a common bond of feeling mistreated by a wealthy stranger in their midst?

Orlando P. Dexter was murdered in the tiny New York hamlet of Waverly on September 9, 1903. Some accounts state he was 40 years of age at the time, while others claim he was 49.  On this particular sunny day, he left his home accompanied by his farm manager and another hired man.  There were three horse drawn carriages in all.  In the procession, he was in the second carriage.  It is said that he was on his way  to pick up his mail in nearby Santa Clara.  Other reports state he was on his way to sign papers pertaining to another land acquisition.  Whatever the purpose of his journey, it came to an abrupt halt with the force of two bullets to his body.  The driver of the first carriage stated he did not hear shots. The driver of the third claimed he had but could not pinpoint the direction they had originated from. Either way, Orlando P. Dexter lay in the road, having fallen from his carriage, as dead as dead could be.

His aged father, Henry Dexter was immediately notified.  He was the founder of the American News Company and was a millionaire. Money was not an issue in finding the party responsible for the death of his son.  The issue was the silence of the community.  Silence and an unwillingness to cooperate was  undoubtedly influenced by the perception of Orlando that the community had developed since his arrival in their area.

By profession, Orlando P. Dexter was a lawyer and was gifted in accomplishing real estate transactions of great magnitude.  His wealth afforded him the opportunity to retire from the paid practice of law and focus on his other interests of history, genealogy and advanced mathematics.  It also enabled him time to acquire vast amounts of land relatively fast and focus on developing a personal resort with a residence modeled after the Albrecht Dürer House in Nuremburg on the outskirts of a tiny, rural hamlet. Once this was completed, he posted all of his property, erected fences and hired armed guards to patrol his boundaries. He had acquired 7,000 acres and a body of water that was soon known as Dexter Lake.

The locals included hunters, fishermen, farmers and loggers that had all utilized and depended on the land around them for their livelihood and often to provide the food that went on their table. The actions of this outsider were not easily accepted and County court records show that Orlando’s “rules” pertaining to his property were not always respected or adhered to.  He filed numerous suits against his neighbors and others for trespassing and damages. He was well versed in the law and used it as afforded. Locals felt he did this with a zest for relentless retaliation.  He saw it as a consequence of the locals reckless defiance.  At one point, he changed his state of legal residence to afford him the opportunity to sue in  United States Court rather than State Court. He filed suit against an ex-sheriff, called for the discharge of a district attorney and after receiving anonymous letters threatening bodily injury became even more intent on expanding the territory under his ownership.

Shortly after the death of Orlando P. Dexter, a reporter for the New York American by the name of Frank Parker Stockbridge wrote, “We all knew perfectly well who killed Dexter and why, but we never dared to print it.  The district attorney of the County where the murder occurred was quoted in a local newspaper, The Tupper Lake Free Press, “Well, you see it was a popular murder: and we folks have got to live around here in Franklin County the rest of our lives. Besides, I haven’t any evidence.”

Some people were quick to point out that it may not have been a murder at all but perhaps an unfortunate mishap caused by a careless hunter.  That theory could have been easily and completely dismissed  had a legal advisor to Mr. Orlando P. Dexter lived a few hours longer. In 1908, 5 yrs after Orlando’s death, this man came forward and publicly stated that he could solve the mystery of who had actually committed the murder.  Unfortunately, this advisor dropped dead of natural causes within 24 hours of making this statement.

Henry Dexter stated at the time of his son’s death that he would devote his own life and all of his wealth if necessary in pursuit of the truth . He offered a reward of $5,000 to anyone that came forward with pertinent information that would result in the arrest and prosecution of the responsible person or persons. It was rumored that even the children of the area knew who was responsible.  Perhaps that is why the father never gave up.  He died in 1910 at the age of 97. He stipulated in his Will that a reward of $10,000 be placed in trust  and remain there until such a time when information became available that would result in justice for the murder of his son.   As enticing as this may have been for some, the code of silence was never broken.

Note of interest: The house was reported to be in pristine condition. In 1994 singer Shania Twain purchased and demolished it in order to build a modern home and recording studio. A few years later she put the property on the market for sale.

Thankyou! I do too! Sometimes I get "lost" for hours in the old newspapers! 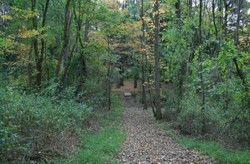 A History of the Adirondacks
100%  18   12 AngelaJohnson
Local History 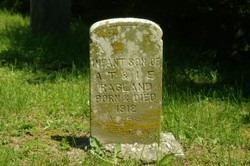 When I go driving on country roads, I'm always intrigued by old cemeteries.  I like to walk among the gravestones and take photos.  It's like taking pictures of history.
80%  18   6 Veronica
Local History

1819 will see the bi-centenary of The Peterloo Massacre when an armed Militia were sent in to attack a peaceful demonstration of people who had come for a day out.
Loading ...
Error!