Whether you are a beer fan, brew master or novice, there’s no way you can escape the International Beer Day celebrated in the first Friday of August.

Beer comes in delicious pale yellow colour and there is no reason it should be seconded to wine or any other alcoholic beverage. In fact, August is just the right month for food celebrating beer themed holidays. This is the perfect opportunity to raise your frosty glasses and raise the toast to such a popular, vintage, old beverage ever since humans discovered it.

Germans love their beer and like wine most of the time it accompanies food. People also love it in its solo form, they drink beer to unwind, hangover and laze around.

There are beer festivals around the world; bars, pubs, restaurants all over the planet bring out their best beers during these special events. You too can show appreciation by getting inspired in tasting and knowing the beer, it is but necessary to show some respect to people who brewed the most exotic beers and brought it for us to relish on parching afternoons and scorching summer evenings.

Evaluating Beer in Comparison with Wine

While researching on beer I did not find that many books on beer pairing but I am sure one day I will find them flooding the book shelves just like wine pairing. Wine pairs with cheese and desserts so also a beer connoisseur would tell which beer goes with what food. The science of beer pairing and cooking goes much in the same manner as wines.

Though wines have raised their status by becoming gentleman’s beverage, beer is still looming in the dark, lagging behind. Serving wines is first choice when it comes to partying and it is a benchmark of the status symbol. But things are going to change.

The History of Beer

Humans are drinking beer for more than 8000 years.  It is consumed with food enhancing the gourmet experience of culinary cuisines and taste buds as well. For many, it is the first beverage that comes after water and though our ancestors were drinking beer for millennia, it is only now that beer in the dinner is getting discovered in its full glory.

Beer parallels with wine while pairing with food and goes well with all cuisines. It literally means, you can have your beer with English breakfast, Japanese lunch and Italian dinner. It matches with all gastronomies whether German, Mexican or American, it is only now that the world renowned chefs are wanting to experiment with beers.

The History of Beer Day

A bunch of friends got together during a beer celebration and decided they had to honour this beverage for its deliciousness. Way back in 2007, they thought it would be a great opportunity to unite all the beer connoisseurs and fans in the world under the emblem of beer. And this is how this awesome Day was born.

If you have a beer signature dish, now is the perfect time to bring it on board.

Tasting Beer: An Insider's Guide to the World's Greatest Drink

What is the first beverage you take in the morning?

What is beer made of?

Beer is made of 4 essential constituents – yeast, malted barley, hops and water.

Broadly, beers can be classified into 3 types

The difference between ales and lagers arises from the ingredient yeast, the type of yeast decides whether it is ale or lager. The specialty beers have extra ingredients to make the beer flavourful.

Why is wine more popular than beer?

Sounds like my kind of holiday:)
I don't think wine is so much more popular than beer. It all depends on the culture. In Germany and Czech Republic, for instance, beer is definitely more popular, yet they both have very good wines. And there is Belgium, Ireland, USA and other countries, where beer is part of everyday activities... In our country (Slovenia), beer is not so popular as wine, but younger generations like it more, so in a couple of decades this may change. With micro breweries on the rise this can happen even sooner.

@frankbeswick - Though authentic German beers or ales would be easier to get in Germany, I wonder if they are available elsewhere too. With commercialization and globalization, I am able to see many flavours of food and beverages becoming accessible to all parts of world.

@DerdriuMarriner - I wonder why wine got so elevated when we have other wonderful beverages like tea, coffee and beer. Perhaps the reputation comes from the rather hard work of cultivating grapes, ageing, storing and then making wines to perfection. Other beverages might not be as complicated. Also, research and study has given rise to 'Sommeliers', people who specialize in wine tasting.

@frankbeswick - Fruit juices in beer can alter the taste by making it more delicious, I remember the first time I tasted beer it was bitter and I did not like it. I like the idea of enhancing the flavours with all those berries and fruits you have listed. Now if only I could find such delicious ones.

When it comes to culinary skills, I wonder why we are stuck with the images of male chefs whereas traditional roles of women were bound to kitchen. At the same time, it makes me feel good about both men and women taking the expertise of mastering cuisines and beverages to the next level.

In mediaeval England beer and ale would be blended with fruit juices to make the brew more nutritious. Fruits such as elderberries, blackberries and crab apple would be mixed in. Sometimes spices were infused as well. Furthermore, while the traditional image of the home brewer of beer is a male, historically more women brewed ale and beer than men did, as brewing was considered a culinary skill. Brewing became a male art only when it was industrialized in the nineteenth century.

Interestingly, there is a rare, primitive form of barley grown in the Orkney Islands north of Scotland, known as bere. The word is pronounced beer. You can see the connection between the two words.

WriterArtist, What with wine's apparently more elevated reputation, it's a bit unexpected to think of the movie industry's classic street corner drunk who gets called a wino, not a beero.
It's a bit more interesting to consider beer pairings on the order of the already well-established wine pairings. It seems that Germany may be the leader in that regard.

German beers are regulated by law so that their quality is preserved. They are all what we in Britain call real ale.

@CruiseReady - Germans cannot have enough beer and even other countries are orienting towards beer. There is a special group of people that loves beer. I haven't heard people specializing in beer like "Sommeliers" but that may change soon. A pub or restaurant keeps stock of both beer and wine. I agree that for certain occasions, beer is preferred instead of wine.

While wine may be generally more popular globally, I think it depends on one's orientation. In some areas, and indeed in some circles, beer seems to be more regularly consumed than the fruit of the vine. Germany is big on beer, as are some areas of the US. And I never saw anyone taking a cooler of wine to a tailgating party. I guess it's just a matter of where you are at any given time.

Liqueur Candy and Chocolate filled with Liquor are favourites for all Chocola... 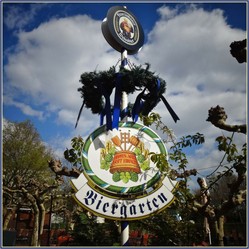 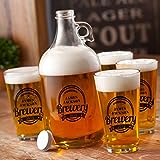 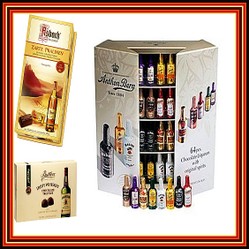 Liqueur Candy and Chocolate filled with Liquor are favourites for all Chocolate and Liquor lovers. Here is something that fits for both categories.
81%  5   10 WriterArtist
Gifts for Mom 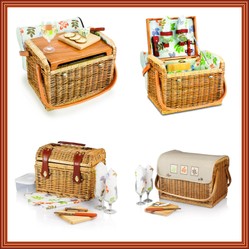