Change the Drug Laws - The Legalization of drugs

Would it make any difference if the drug laws are changed and illegal drugs become legalized?

What if Drugs were legal? 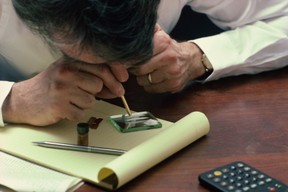 With the recent death of Whitney Houston, attention has been drawn to illegal drug misuse and the consequences faced by people who involve themselves in this pursuit.  The misuse of drugs is not a problem reserved for people in the limelight (though they do tend to provide a great deal of entertainment), it is a problem of people from every class of life.  Anyone can be affected.

I personally have never succumbed to the pleasures of illegal drug taking though I am personally involved with a lot of people who have and managed to kick the habit - No easy feat!

What kind of people do drugs? 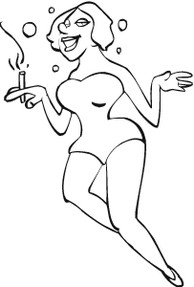 Some start to take drugs such as cocaine, heroin and cannabis from a fairly young age and remained hooked for years.  They pay exorbitant prices to fund their habit, doing whatever it takes to obtain the money for their habit, detaching themselves from family and friends in some cases. Some steal from their own friends and family and therefore get ostracised by them.  Others risk their lives and future health by sharing needles and use drugs of unknown origin.

Some people start to take a drug to dull the pain of everyday living; some do it to feel a part of a community of other drug users as they feel like they belong nowhere else.  Some take it purely for entertainment; it is just a means of passing the time.  All pay extortionate black-market prices to drug dealers for the privilege of taking a drug that may eventually kill them.

Should drugs be legalized or not?

No way, Illegal drugs should remain so because...

At one time Alcohol was illegal and then the government gave in and made it legal. I don't know what the answer is. but we are losing to many beautiful people because of it. Great Article.. Really enjoyed reading it.
Debbie

My take on legalizing drugs

My argument has always been a moral one - Removing the line of right and wrong from the equation by legalising drugs such as heroin will cause more people to choose to take the drug. I want my children to know with certainty that if they choose to take drugs they are WRONG!

How would I feel if my teenager popped her head round the door and mentioned in passing that she was off to the doctor to get a supply of heroin.  What would my argument with her be?

My partner takes an opposing view and if not for my moral hard line, I would go with him.  He thinks  that legalizing illegal drugs would shift the sale of drugs from the black market to retail outlets like pharmacies or prescriptions from doctors. There would no longer be drug dealers hanging around school gates trying to hook our kids.   If the drugs were legal, there would be no point.  It would be like me, the pharmacist, hanging round the children trying to make them take Nurofen.  Why would I need to?  If they have a headache, they can come into my pharmacy.  I do not need to go to them.

It would also bring the whole industry out of the shadows, removing some of its mystique.  I can see that as people tend to be more attracted to the perception of mischief and the 'bad boy' thing. 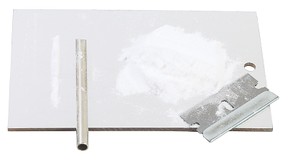 In the UK, methadone is used as a means to get people off heroin.  Methadone is more addictive than heroin and yet can be used legally whereas heroin cannot.  Only the drug dealers can supply it.  As a pharmacist, I see people on methadone for years and years with no change to the quantity they have to take.  I have even seen patients go into rehab determined to rid themselves of methadone and come back to the pharmacy with prescriptions for a greater daily amount of methadone as their bodies had reacted badly to the reduction regime!

Methadone is obtained usually for free – though not free for the tax payer.

In these austere times, there is a need to increase each government’s coffers; this could be a means of doing that.  Looking at this report from 2004 and based on the UK, tax of 6.3 billion pounds could be raised if the drug users and drug suppliers were taxed.  Seeing that the present government in the UK came into power proclaiming that savings of £6bn would be achieved rapidly, taxing the drug barons and users could be a source of this money.  This might reduce the need to make cuts on the money and jobs provided by the government.

@Debbie Thanks for your feedback.

I was just discussing this with a friend of mine. Billions of dollars are spent fighting drugs, yet, have we really gotten anywhere? It just gets worse. Eliminating the taking of illegal drugs is like trying to kill all the ants in a sand dune. Would legalizing it mean more people would take drugs? I don't think so. The same people who take drugs now will continue to take them. People who want to take care of their health and don't take illegal drugs now wouldn't take them if they were legal. We also need to educate everyone on what to do if they're suffering from anxiety, depression, etc. Many people don't realize that there's help out there. We need to bring mental health out into the open and we need responsible doctors as well. That's my two cents worth. Good article. 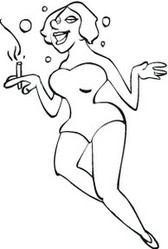