Characterization: Setting is a character too

Do you want to create a believable setting and also have it show your characters' personalities? Find out the three main types of settings and other tips here. ;)

Today's post is about the good old background thing that helps develop your story world... the setting. When we think of characterization, our minds automatically think of the characters of stories, such as the protagonist, the antagonist, supporting characters, people, animals, aliens, and just whomever is the one causing the conflict, or the one trying to resolve the situation. But what some writers fail to realize is that setting itself can also be a character.

There are three main types of settings in fiction writing:

PHYSICAL SETTING describes your characters senses, such as how things smell, sound, look, feel, and taste to them. For example, the color of someone's bedroom wall, or the squeaky noise of an opened door.

ATMOSPHERIC SETTING is obviously about the atmosphere of a story, and particularly the weather. It describes the heat on a scorching summer day, or the lighting that skitters across dark bulky clouds during a thunderstorm. This setting also involves how your characters interact with their environment, and or how the weather affects them. For example, the chilling wind that chaps their lips in the winter, or the sweat rolling down their forehead in a hot kitchen.

TEMPORAL SETTING refers to the time or season of a story. For example, during the fall time in the 1950s. Depending on the era, time will probably impact how your characters dress, act, and even what they say.

It would seem pretty strange to read a story about a 1950s teenage girl tweeting messages on her cellphone to her boyfriend, considering the fact that the very first cellphone wasn't invented until like the late 70s or early 80s, and Twitter didn't come out until like 2006.

Here's an example of this from my present-novel More Precious than Rubies of Marcus Gooding in his bedroom:

Compared to his father he wasn't much but skin and bones, which was more of a disadvantage than anything else. Under his bare feet was a pair of blue jeans stained with tomato sauce he had taken off last night, after having take-out pizza for dinner. One thing about Marcus he never wore nightclothes to bed, but only the shirt he wore during the day and his underwear. He picked his pants up from the carpet floor and tossed them in a straw hamper basket filled with a mountain of dirty clothes. Marcus walked to his cluttered closet and forced it open. He flicked on a light bulb switch and narrowed his eyes, struggling to adjust them to the intense lightning...

After reading this short excerpt, you get a little insight of Marcus' personality and the condition of his bedroom. He is a bit of a slob and his bedroom is junky.

Now that we have discussed the three main settings, let's talk about the difference between real and fictional locations.

Real locations are obviously places that really exist in our world today, such as Paris, France or Atlanta, Georgia. To write a story that takes place in a real location, the writer must know the place fairly well in order for the story to be relatable to readers, especially if the reader has been to the place before.

Tip #2: Avoid assumptions and don't cheat your readers. Do research or travel to get some experience under your belt if you want to write about real life locations you have never been.

Fictional locations are places that do not exist in our world. They can range from a country town to an exotic planet in outer space. I'm the type of writer who likes creating fictional places, such as St. Vincent, New York where the characters of my Words by Heart Christian drama series lives. However, I suggest writers to still do research, especially if your fictional place is in a real state or country.

Here's an example of listing description:

Mary has blue eyes. She also has blonde hair. Mary wears a red dress with clear buttons.  She has leaves in hair and dirt on her face. Mary 😫..zzzzzzz

A better way to describe Mary could be the following:

Mary gasped and widened her crystal blue eyes when she heard her angry mother's footsteps approaching. She was a total mess after playing baseball outside with her brother and his friends. Her golden blonde curls were frizzy with dried leaves sticking in them and her cheeks were smeared with mud, but worst of all, she had ruined her brand-new, red birthday dress her Mama had bought her.

I don't know, it's just an idea, but you can see the difference right? By using your characters body language and actions, it can help liven up your descriptions, and the same applies to setting too.

This concludes my post for today. I hope you enjoyed it, and thanks for reading.

THE NEXT POST: HOW TO WRITE CHARACTER DIALOGUE. Want to make your characters seem more real to your readers by what they say? Stay tuned to find out how. 😉

I agree setting is really required for a dramma on stage. Writers need to create the settings too. With the help of words, moods and imagination can be set to certain expectations the readers need in order to grasp the essence of an article or a story. 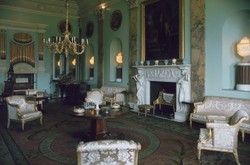 How to Write Realistic Character Dialogueon 10/07/2014