Where did chocolate originate? and what does Hotel Chocolat US have to offer? A consideration of their gift selections.

Chocolate is delicious! You might like it as milk chocolate, dark chocolate, white chocolate, a drink, the cocoa beans themselves; There are so many options available for every taste-bud.

But where did it come from? You might ask...

The Cacao tree was discovered about three thousand years ago in Mexico, Central and South America and it was initially used mostly as a beverage. The beverage was made to taste bitter and spicy and yet it still became popular.

Hotel Chocolat seems to have made it a bit of a mission to collect the best chocolate from anywhere in the world and when they do not buy it, they grow their own in the Caribbean.

About 66% of the chocolate eaten in the world is obtained from West Africa with the Ivory Coast being the main producer, followed by Ghana.  Having been brought up in West Africa, it is surprising to discover this fact.  All the chocolate I ate seemed to be imported from the UK, who supposedly bought the raw product from us.

As mentioned above, chocolate is created from the seeds of the cacao tree, which when fermented and dried seems to be referred to as cocoa.  there are three main varieties in the world to day and they are criollo, forastero, and trinitario.

Criollo is the rarest form and so is pretty expensive.  It is grown in the Carribean Islands, Central America and South America.  It is pretty hard to grow this form as it is particularly susceptible to any kind of variation in weather conditions and also its yield is not that great.  It tastes best, of course!

The most common form is the forastero variety which is the form we all eat, probably.  It is considered the most bland of all the forms but it carries the classic chocolate taste that we all know and love.

Trinitario is a genetic blend of the above two and considered the lowest grade available.

Ok, let's talk about Hotel Chocolat.  A company imagined about 20 years ago by two men (surprisingly!) and with stores popping up all ove the UK and two in the US and a hotel in the Caribbean, this is a company that is here to stay.

Thankfully, for anyone who does not have a store near them, they have websites which actually is where they started the business initially before going offline as well.  The websites describe all their offering in glorious, mouthwatering detail and the images of the chocolate are actually to die for as you will see.  They offer The Chocolate Tasting Club in the UK and you can have a tasting in the US as well, though this is a physical appointment.

Take a look at a selection of their gift boxes.

In the UK: Have a look at this option of an even bigger chocolate gift box - Chocolatier's Table Luxe

If based in the UK, then you can get your chocolate dipping tray from the English version of Hotel Chocolat - Chocolate Dipping Adventure.

The following outline is provided as an overview of and topical guide to chocolate:

A selection of four cheesecakes placed nicely in a presentation gift box.  A perfect snack, a perfect present.  The cheesecakes are chocolate, raspberry, white chocolate and a unique flavor - peach and mango.

This is called the Petit Cheesecakes.  Lovely.

In the UK: Petit Cheesecakes

Have you ever shopped at Hotel Chocolat?

Another lovely box for chocoholics everywhere.

Ten chocolates wrapped up and a jewellery box awaits when the chocolate is finished.

This gift box is available in the UK and the US.

In the UK: Jewellery Box

So much more chocolate...

Do you enjoy Tasting Chocolate?

They really are lovely. There is a Hotel Chocolat near me and the chocolate from them is amazing. I could live in there! I usually look the other way when I go by it in order to avoid temptation!

Wow, these sound heavenly! Any of them would make a welcome gift. 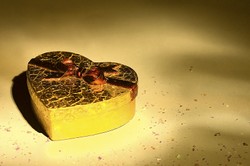