The Use of Cinnamon in Ancient Times

The use of cinnamon can be traced back to as far as the Old Testament including to the time the Egyptian pharaohs ruled Egypt.

Cinnamon was a popular spice in ancient times used in numerous ways including to preserve meat, for embalming, in cooking and medicine.  The Chinese used cinnamon in their writings, the Egyptians when embalming mummies and the Romans burned it as incense during funerals.

This aromatic spice was produced in large scale in the island of Ceylon where it was discovered during the 15th century by the Portuguese.

This wonder spice is used in many homemade and commercial skin care products because of its remarkable healing properties. The cinnamaldehyde, cinnamyl acetate and cinnamyl alcoholare contained in cinnamon are mainly responsible for the spice’s therapeutic power.

Cinnamon's effectiveness in removing dead cells and impurities on the skin has made it a popular ingredient in homemade body scrubs.

Listed below are some easy to make homemade cinnamon body scrubs. These scrubs are not recommended to be used on the face.

Mix all the ingredients together and apply on wet skin using a loofah. Massage in circular motions for 2-3 minutes and rinse off with warm water.

*You can substitute 1 tablespoon of fresh grated ginger if you are unable to find ginger powder.

Combine the dry ingredients together by placing it in a bottle and shaking till thoroughly mixed. Place small amounts on a loofah and apply on wet skin massaging in circular motions for 3-5 minutes. Rinse off with warm water.

*This is an ideal scrub since it exfoliates and moisturizes the skin at the same time.

Mix the ingredients and apply on wet skin using a loofah. Massage in circular motions for 2-3 minutes and rinse off with warm water.

Mix all the ingredients into a paste and apply on wet skin using a loofah. Massage in circular motions for 2-3 minutes and rinse off with warm water.

Hello Katiem2. Cinnamon is an amazing spice which we also use in our cooking here in Sri Lanka. Pleased to know you found the information useful. Thank you so much for stopping by and commenting. Wish you a great week.

Very interesting, I had no idea. I had recently learned how amazing cinnamon is for the body when eaten but now understand how it is good for the skin. I will benefit from this knowledge. Thanks

Bathing Habits in Japan and Europe

Discover how to make herbal home bath remedies and herbal hair rinses, which ... 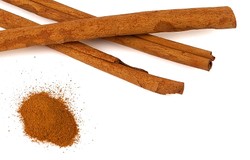 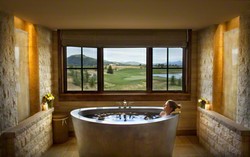 Bathing Habits in Japan and Europe 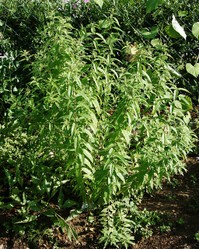 Discover how to make herbal home bath remedies and herbal hair rinses, which will not only help you unwind, but will also strengthen and condition your hair.
Loading ...
Error!