Describes how the languages of the world are classified and also explains a few key linguistic concepts.

Introduction to the Classification of Languages 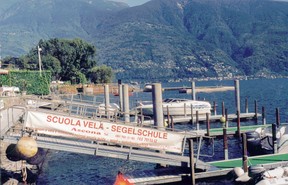 How are languages classified? Are all languages related to one another? How many languages are there? What is a dialect? What is a tonal language? These are but a few of the subjects that linguists study and research. The answers aren't always straightforward and disagreements regarding the classification of languages do occur. The classification of the world's languages is an ongoing process - sometimes linguists will reclassify a language after new information points to linguistic relationships that weren't previously considered.

How Many Languages are There?

Let's begin by attempting to determine exactly how many different languages there are. Linguists estimate that there are approximately six thousand languages - possibly eight thousand. Why such a variance? The variance arises because it is sometimes difficult to determine if two linguistic communities are speaking two different languages or two dialects of the same language. Another problem that linguists encounter is that there is not always enough information about languages; hence, it is difficult to know how they should be classified and counted.

What is a Dialect?

A dialect is a distinct form of a language. Dialects of the same language may differ in the pronunciation of the language, the grammatical structure, or have some variances in the vocabulary - sometimes all three of these types of differences occur. Dialects are sometimes, but not always, associated with regional, social, or ethnic groups. How do linguists determine if two languages are dialects of the same language? One criterion that is used is mutual intelligibility, that is, whether the speakers of both languages are able to understand one another when they communicate. Look at Spanish, for example. The Spanish spoken in Spain differs from the Spanish spoken in South America; however, Spaniards and South American Spanish speakers are able to communicate in Spanish. It is interesting to note that in some cases, the speakers of one language are able to understand the speakers of another, but the reverse isn't always the case. This is referred to as one-way intelligibility; for example, Danish speakers can often understand Swedish, but the reverse doesn't happen nearly as often. Sometimes it is difficult to determine if two languages are mutually intelligible, or sometimes languages appear to merge into one another. Some dialects of Dutch and some dialects of German are mutually intelligible; however, this is definitely not the case for all dialects of Dutch and German.

How are Languages Classified?

One criterion that linguists use to classify languages is whether certain languages have a common ancestor, also referred to as the proto-language. This is done by using written texts; for example, using Latin texts to determine the relationship to present-day languages. In other words, linguists have been able to reconstruct the proto-language. Using these methods to group languages is called genetic classification, as languages are viewed as having evolved from a parent language. Most languages belong to a language family.

Another method that is used is called structural classification. In this case, linguists study the actual structure of languages, for example, the word order in their sentences, or their phonology (sound patterns). Sometimes vowel systems are used and sometimes it is the consonant systems that are used to determine the relationships amongst languages.

Are All Languages Related to One Another?

(Or - Are All Languages One Big Happy Family :))

What is a Tone Language?

The term "tone" in linguistics pertains to a feature of some languages. If a language is tonal, then a change in the tone or pitch used by a speaker when saying a particular word will change the meaning of the word. Mandarin is an example of a tonal language.

Other languages make use of intonation to change the meaning of speakers' communications. The changes in tone or pitch in these languges don't indicate a change in the meaning of the words, but perhaps an emotion or whether or not the communication exchange is complete. An example of this is the use of rising intonation in the English language. A rising pitch in English can indicate that the communication is a question. It signals a type of incompleteness - an indication that the conversation isn't finished. Examples of other languages that make use of intonation are French, Italian, German and Spanish.

History of English and Other Languages 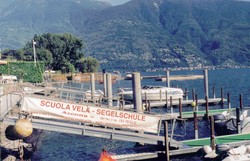 The Atlas of Languages: The Origin and Development of Language...
100%  18   9 Tolovaj
Classics

The fairy tale about the Sleeping Beauty has been around for centuries. Its history and symbolism hides many interesting facts.
100%  14   8 Tolovaj
Classics