Are you planning on learning how to speak Italian? If you are, you may be interested in learning more about the origins of modern standard Italian.

How is Italian Classified?

The Romance Family of Languages 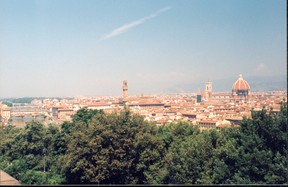 Italian is one of the major Romance Languages, otherwise known as the Italic languages. Spanish, French, Portuguese, and Romanian are the other major languages of this branch of the Indo-European family of languages, while Catalan, Rhaeto-Romanic, Sardinian, and Provençal (spoken in southeastern France) are regarded as minor Romance languages. All of the modern Romance languages are descendants of Latin. Latin finds its roots in the Indo-European family of languages.

Latin originated from a Roman dialect, one of the numerous  Latinian dialects. It was the language of ancient Rome, beginning as a local dialect of a village along the Tiber River. As Rome gained prominence, the Latin of Rome became the literary standard. This standardized Latin is referred to as Classical Latin and emerged around the 6th century BC. A spoken form of Latin developed and, as a result of the conquests of the Roman army, Latin spread throughout the Roman Empire. During this time, the spoken form of Latin, otherwise known as the vernacular, was already differentiating itself from Classical Latin. 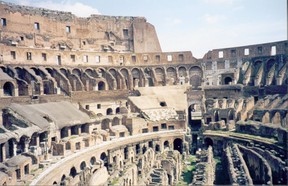 The modern Italic languages are all descended from Latin and are called the Romance languages, deriving their name from the fact that their roots can be traced to the language of Rome and the Roman Empire. As the Roman Empire began to lose its power and was divided, different forms of Latin arose. Each was influenced by surrounding languages, each developed its own distinctive features, and these variants of Latin developed into the modern Romance languages. 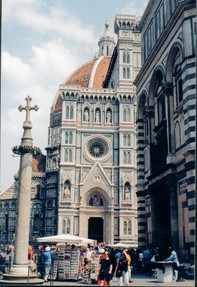 Italian has a standard form, but it also has numerous dialects, just like any other major language. The standard form of Italian is based on Tuscan, the dialect of Florence, located in the Province of Tuscany. The standard form of Italian eminates from the 14th century when Florence was one of the most prominent cities of the Renaissance. The dialect of Tuscany was used by literary greats such as Dante Alighieri. Modern Italian has evolved from the original Tuscan dialect and has also borrowed words from many Italian dialects. With the advent of high-tech, Italian has also borrowed words from the English language.

Interested in traveling to Italy - there are lots of great travel destinations to choose from http://www.squidoo.com/italy-travel-lensography

Do you speak Italian?

I have a strong interest in language, although I've never tried Italian. Spanish and French have been my areas of study. This is a very useful resource for potential Italian speakers.

I love the sound of Italian. I have only used it myself in my (amateur) singing. It has such a beautiful roll-off-the-tongue musical sound. Thanks for your information.

Fantastic. Full of interesting facts that are new to me. Well done. I'm impressed. Trust Wizzley to bring out the best in a person. I have a friend who lives near Modena and who is trying to learn Italian. She is married to an Italian. I have sent her the link. TYVM for your page.

Interesting page on a language that I've heard but do not know. You presented this so clearly...I didn't realize languages had classifications, such as romance languages...and that the romance languages all came from Latin. I always regret not learning an additional language when in school or since. I suppose it is never to late. 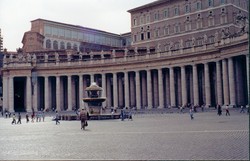 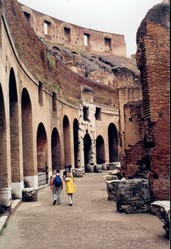 Overview of Italian and a few fundamentals of Italian grammar.
100%  36   9 Mira
English As a Second Language