Clocks galore. Getting places on time can be a challenge for some people. Here are some clocks to keep you on track.

No matter what people say, time is not a constant. If we stay in a certain mind frame, it seems as if we can tick off the seconds, each exactly as long as the next. But for children and for those in love, time can become something to get lost in.

Mystics and poets talk of an eternity beyond time. Is it any wonder, then, that time can slip away?

Maybe you need a new clock, just like me.

Clocks for All Time

Slow Down and Don't Be Late!

This morning as I was speeding to my painting class, I told myself for the umpteenth time, “I’ve got to get a clock for the mudroom! I don’t know how time got away from me like that!”

Yes, I am time challenged. One of those diseases that hits certain people and annoys others to bits. I have often excused myself by saying it’s a Celtic thing, but that just isn’t fair. Some Celtic types are prompt. I’m just not one of them. I don’t have an internal clock that has fresh batteries. I never have. It’s caused me problems my whole life.

Are You Time Challenged?

White Rabbit from Alice in Wonderland

Don't Ask Me to Wait!

On the other hand, I have a brother-in-law who is obsessed with time. He knows it takes exactly twelve minutes to go from a particular bridge to a particular store parking lot. Never mind that a slow car may plant itself in front of you or that a traffic light may change. He swears by knowing to the second exactly how long it takes him to get from his front door to work or to a certain intersection in town.

He seems to need to check the time constantly to be sure he will be on time for the ferry, whether or not making or missing the ferry will have any consequences in his life. I sometimes wonder, why on earth is he in such a hurry? His place on the couch and his T.V. remote will not even notice if he sits down ten minutes later than he did yesterday.

Does a Minute or Two Really Matter? It Depends

Myself, I take along a good book and a notebook and pen. If I miss the ferry, I am not upset. I see it as an opportunity to get in a little reading or to take notes for my next Wizzley article. Time is just not something I get stressed about.

Unless I have to be somewhere because someone else is depending on me to arrive at a certain time. Like this morning.

with or without Pendulum

What Time Is It?

So I need to find a clock. It has to be something fairly obvious, with an analog face and hands. I should be able to read it from across the room, because frankly, if I have to squint to read it, it’s unlikely I will bother looking at it at all. I’m just like that. One has to humor oneself through these little weaknesses.

Where I live, in the Kootenays of British Columbia, Canada, there is something called “Kootenay time.” Basically what it means is that if you make a plan to meet somewhere at 10:00, don’t be surprised if your friend doesn’t show up until 10:30. (Our Greek friends in Montreal used to laugh about “Greek time” in much the same way, so you see, this problem is not the curse of one ethnic group alone.)

There’s even a clock sold at a local gift shop with the words “Kootenay time” written on the clock face and the numbers slid into a little pile at the bottom. I would never buy this clock. Not because I don’t think it’s kind of funny, but because I wouldn’t be able to read it, and I would still be late leaving the house.

My brother-in-law -- the one who counts his every step -- got downright angry when he first heard someone mention about Kootenay time. The concept grated against every nerve in his body.

Here are some clocks I’m considering putting on my mudroom wall. Why the mudroom you ask? Because it’s all the last minute things I feel I need to do before I leave the house that seem to get me. I pack and repack my bag, I get on my winter gear, which always takes longer than I’ve allowed myself time for. Maybe I have to tidy up just one more spot that I’ve already walked past a dozen times that day without it bothering me, but just because I’m leaving the house it screams at me that it looks a mess.

You get the idea.

What Sounds Do You Want to Hear When You Wake Up?

Am I Using My Time Well?

I probably should have a clock in the kitchen, too, near to where I type so that I can know for sure whether I am being efficient or not when I work online. But maybe I’ll save that for another day.

Katiem2, I'm like you. I need to get one of those clocks to help me cope.
Kinworm, your husband has symptoms of the time challenged. He thinks his little trick will prevent him from being late. Problem is, that little trick works its magic on you, while he probably remembers and says to himself, "I know the clock says five minutes before eight, but it really means twenty minutes before." And then he dallies and is probably still late for his appointment.

My husband has an infuriating habit of changing the times on all the clocks in the house so they run fast. None of them show the correct time and I always end up being too early for everything. Just as well I suppose because I don't like to wear a watch! Great theme :)

Oh so true, I'm glad to hear this as its a common theme in my life. I have three chime with pendulum clocks in my house, without them I'd never be on time or eat or stop writing.... Great article i love it!

Motion clocks, or clocks that move, may be whimsical or beautiful or may tick...

Covered bridges are great places to visit. They offer a glimpse into the pas... 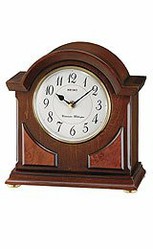 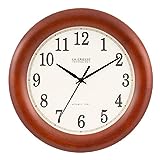 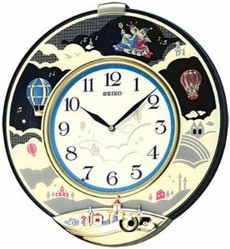 Motion clocks, or clocks that move, may be whimsical or beautiful or may tickle the funny bone. Come see what I have found to display on this page!
100%  25   9 blackspanielgallery
Art and Home Accessories

Covered bridges are great places to visit. They offer a glimpse into the past, and usually are quite picturesque. And, they make excellent subjects of art.
Loading ...
Error!