What is Cockney Rhyming Slang and where did it originate? It's an interesting topic, especially for those of us that live in London or visit London. Read on for more information.

London is a unique city, with much history and varied cultures and Cockneys form part of that culture, with their unique language and style of dress. Of course, they don’t all wear Cockney outfits all the time, but when they do, they look amazing. There are many famous Cockneys, including Lord Sugar, actor Michael Caine and singer Damon Albarn. Most people outside of London think we are all Cockneys, but actually, that’s not the case, it’s a very particular way of speaking.

I’ve lived and worked in London for most of my life. For me, it is the most wonderful place in the world. In addition, I’ve always been fascinated by the origins of the language, so when I first heard the chaps at work saying things like, “Get the dog,” (what dog? We’re in an office?) Or “Let’s have one for the frog,” or even, “Me farmers are playing me up something chronic,” I started to wonder whether I’d entered a parallel universe. Until I learned about Cockney Rhyming Slang. Depending upon which authority you trust, Cockney Rhyming Slang dates back to either the 17th or mid-nineteenth century. Quite a difference in timing, I know. Certainly, the first known documented references appear in John Hotten’s book The Slang Dictionary in 1859. As with so many things that are not properly documented, the exact origins of Cockney Rhyming Slang are poorly understood. One theory is that is arose as a way for the East End street traders to carry out illegal practices without others, including the police force, knowing what they were talking about. If this theory is true, then rhyming slang can’t have originated as far back as the 17th century – London didn’t have a “police force” in those days. (The Metropolitan Police was founded in 1829, the City of London Police in 1839. The Bow Street Runners, which morphed into the first police force, was originally founded in 1749, so the timings just don’t fit.) Whatever the truth, for those who didn’t know the lingo, it was difficult, if not impossible, to understand what was being said. Before I go on, I should explain what a Cockney is. It’s someone who was born within the sound of Bow Bells. Unfortunately, there is more than one place commonly known as Bow Church in London, and this has caused some confusion. The Bow Bells in question are those of St Mary-le-Bow in Cheapside, City of London, not Bow E3. Of course, St Mary-le-Bow was destroyed in 1666 in the Great Fire of London. It was rebuilt, but the bells were destroyed during the Blitz. They weren’t replaced until 1961, so the rule that the bells actually had to be ringing when a Cockney child was born lapsed. That and the fact that St Mary-le-Bow is right in the City of London, which is not a big residential area nowadays.
Ad AllPosters
According to Wikipedia, a survey was carried out in 2000; to find out where in London Bow Bells could be heard. The estimates were 6 miles to the east, 5 miles to the north, 3 miles to the south and 4 miles to the west. Notwithstanding that, it’s generally accepted that anyone born in “The London” (now the Royal London Hospital), Guys or “Tommy’s” (St Thomas’ Hospital) is a Cockney. There were other hospitals with maternity wards, but they’ve closed down now. But Cockney’s are associated with East London. Traditionally, East London has been the less well-off side of London, although there are exceptions and that is changing now. Personally, I suspect that this had something to do with the river and its use as a major transport route, but I haven’t researched that yet, so that’s just a guess. Notwithstanding that, East London was certainly an area associated with some of the major crime families in London, notably the Kray twins. So, maybe there is something about the criminal association, but I’m not sure it’s fair to brand all Cockneys as criminals. So a language evolved, and survives to this day, although, as with all languages, Cockney Rhyming Slang continues to evolve. So whereas, a hundred years ago, phrases like “Trouble and Strife” or just plain “Trouble,” meaning wife, “Plates of Meat,” meaning feet, or “Butcher’s Hook,” meaning look would be commonplace, later, other expressions were introduced. So by around the mid 1900s “Lillian Gish,” came to mean fish. Later, when Gregory Peck became a famous actor, his name become synonymous with neck, and Cheryl Crow now means snow and Tony Blair means nightmare. Some common Cockney Rhyming Slang phrases: Apples and Pears – stairs, as in “Go up the Apples and Pears” Syrup of Figs – wig, as in, “’E’s wearin’ a syrup” Boracic Lint – skint, ie broke, as in, “I’m a bit boracic at the moment” Barnet Fair – hair, as in, “I’m goin’ to get me Barnet cut” Rosie Lee – cup of tea, as in “How about a cup of Rosie?”
Ad AllPosters
Updated: 07/18/2014, Telesto
Thank you! Would you like to post a comment now?
3

Thank you, I'll try some of those and let you know.

Research suggests there are at least 30 of them including East Croydon station, the Builders' Arms pub near Olympic Park, Commercial Road near Spitalfields, Hackney Road (the Co-op) and a list helpfully provided by the Daily Mail: http://www.dailymail.co.uk/sciencetec.... Hope that helps.

Ha ha ha! I didn't know that! Yes it is a shame, I could do with a monkey or two. Do you know whereabouts? It would be worth the trip.

There's even an ATM in the East End which offers you the chance to withdraw some sausage and mash on entering your Huckleberry Finn. Pity use of it doesn't put another few bin lids in the J Arthur, mind.

The Traditional Languages and Dialects of the British Isles

Four nations, each one a composite of several ancient kingdoms, composed of d... 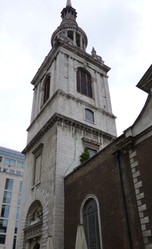 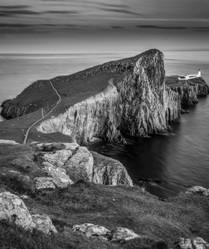 The Traditional Languages and Dialects of the British Isles

Four nations, each one a composite of several ancient kingdoms, composed of different people, have a complex linguistic history.
100%  24   22 Paul
Learn Foreign Languages

What is Duolingo? It's a website that's completely free of charge and provides you with an astonishingly easy way to learn a new language at a pace that you find convenient!
Loading ...
Error!