Coin Hoarders May Actually Be On To Something

Hoarding change may seem like a waste of time, but some coins are actually worth more than their face value because of the metals they are made from.

Coin hoarding. Its not something that you are going to see on the TV show Hoarders. It actually could be a good way to save money because the value of the materials that some coins are made of is actually greater than the face value of the coin.

A good way to invest in the future? 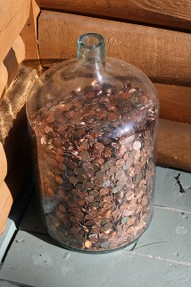 Coin collecting is a hobby for some. These collectors seek to complete different goals with their coin collecting, like gathering a set of a coin in every denomination from a certain time period. Then there are coin hoarders. Different from a collector, the coin hoarder is not interested in possessing complete sets, but rather gathers mass quantities of coins in hopes of finding some that are composed of precious metals. This type of coin aficionado may actually have a more valuable collection than the selective coin collector.

A penny in the United States is worth one-hundredth of a dollar. Monetarily speaking, this number is miniscule. However, if you posses certain pennies minted prior to 1983, depending on their copper composition, they are worth more. From 1944 through 1982, pennies were composed of 95 percent copper and 5 percent zinc. During 1982, the composition of pennies varied between the previously stated blend and 97.5 percent zinc and 2.5 percent copper. With the current value of copper, which is $3.7553 per pound, the metal value of this coin is $0.0247 as of May 2012. Visit the US Mint to learn more about the composition of pennies over the years.

As with a penny, the metal composition of a nickel makes it more valuable than its monetary worth of five cents, or one twentieth of a dollar. Nickels are composed of 75 percent copper and 25 percent nickel. The exception for this coin is during World War II when nickel became more valuable. Thus, from 1942-1945, nickels were 56 percent copper, 35 percent silver and 9 percent manganese. These war coins, however, are highly sought out by collectors and are quite rare. Given the composition of nickels we encounter daily, and again with the value of copper, the metal value of this coin is $0.0528 as of May 2012. As of now, the payout for the nickel is not as great as the penny, however, in February 2011, the value of copper was higher. At that time the nickel’s metal value was $0.0733.

A similar situation may occur with coins composed mainly of copper. If the value of copper continues to increase, these coins made using this element will be monetarily worth less than their cost of production. Therefore, these alleged coin hoarders who keep coins in mass quantity rather than seeking specific coins to complete a collection could have a valuable stockpile of U.S. coins. So, while it might take up space and be time consuming to sort through nickels and pre-1982 pennies in search of ones composed mainly of copper, the long-term payoff may be worthwhile. If this is something that you want to do, Ryedale Coin makes a pre-1982 copper penny sorter that is a real time saver. A large enough collection of these common coins could add up to a significant amount of money in metal value.

To stay up to date with the current melt value of coins, visit coinflation.com.

Do you hoard your change?

That would be a nice hobby, actually. I went to an antiquities fair yesterday and saw a gypsy woman with all sorts of silver objects: coins, silverware . . . I will take a closer look at the coints next time. Not to buy them, but just to see more closely what they looked like, how heavy they felt, and so forth. Thanks for this article! As I said, it would be a nice hobby to collect these coins, too, even if randomly.

Interesting article! I've sometimes wondered about the composition of coins and how they've changed over the years. People my Dad's age used to refer to any coins as "silver," and now I know why. 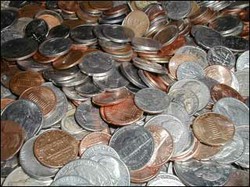 The State of Alaska has an interesting art contest annually. The winning design is placed on the Official Alaska State Medallion, which is highly collectible.
Loading ...
Error!