What State Has The Most Lakes?

An interesting, yet somewhat confusing, answer to the question on which State has the most lakes in the U.S.

What State Has The Most Lakes?

An interesting look at the amount of lakes each state reports.

I thought it would be interesting to see how many lakes there are in each state. I didn’t realize the task would be like getting a politician to answer a simple question...

Turns out there’s no agreement on what counts as a lake. Here for example, is a question the states don’t agree on: if a lake doesn’t have a name, is it a lake? Seems stupid to me, but Minnesota and Wisconsin go back and forth over this.

Another question: how big does a body of water have to be before it’s considered a lake? (For the truth on this see, ‘The Difference between Lakes and Ponds’). Some go by 5 acres, some by 10 acres, some go by “hey, if it’s bigger than a bathtub...”

Some states don’t give a number of lakes, they go by the total acreage covered by water. Some go by shoreline miles. Michigan wins this one hands down. Michigan has more shoreline (courtesy of the Great Lakes) than the entire Atlantic Seaboard.

So, which state has the most lakes?

Alaska claims to have 3 million lakes. My guess is, they’re just guessing. Perhaps if you counted every mud puddle and deep tire rut...I find this Alaskan estimate to be as implausible as a Sarah Palin Presidency. Obviously, by any estimate, Alaska has the most lakes, but most have no names, so according to Minnesota’s method, Alaska’s alleged 3 million lakes could be counted as about 15 lakes and 32 ponds.

Michigan doesn’t play the name game, it has 11,037 named lakes and doesn’t mention the others.

Texas claims 6,736 lakes, but doesn’t use size or names as qualifiers. Good for you, Texas, it is what it is, take it or leave it!

New York estimates range from 200 (a little low, I think) to 50,000 (a little high, I think). It would appear the Alaska isn’t the only state that exaggerates. My best guess is about 6,000 lakes in New York.

Oddly, Pennsylvania reports to have only 50 natural lakes over 20 acres and 2,500 manmade lakes. Sounds like those steelworkers did a lot of digging on their days off.

Ohio has just over 2,000 lakes that are 5 acres or more. Indiana claims over 1,000. I’m pretty sure Illinois has some lakes, but apparently no one has bothered to count them accurately...probably a carryover from Chicago politics...

Perhaps the weirdest estimate is Maryland, reporting zero natural lakes. I find it nearly as unbelievable as Alaska’s estimate. What they have are a lot of constructed reservoirs. Still, the number “zero” comes from the State of Maryland’s government website, so there’s at least a 50/50 chance it’s accurate.

One state you just can’t figure is Louisiana, a state I love to visit. If you count all the lakes, ponds, swamps, bayous, canals, creeks, rivers, low spots, failed levies and occasional hurricanes, I believe the entire state should be considered one big “Lake de la Louisiana.”

Now, because I love irony, this is the best! The state that beats them all, with the largest percentage of the state covered by water...not Alaska, not Minnesota, not Wisconsin, nor Michigan...the winner is (drum roll, please)...RHODE ISLAND!

Yes, the very smallest state, Rhode Island’s 1,212 square miles includes 158 square miles of lakes. That accounts for 13 percent of the total area of the state covered with water, making it the undisputed winner over second place, Florida with just 7.7 percent, and Alaska doesn’t even come close.

So there you have it, the main the contenders. I admit there may be a dark horse out there I overlooked, like Kansas or New Mexico, but it’s about as likely as Lady Gaga turning country.

Someone is right. There are more than three million lakes in Alaska larger than 20 acres in size. Lake Illiamna in Southwest Alaska is the second largest fresh water lake in the U.S. Alaska has more inland water than any other state--20,171 square miles. Inland water covers an area in Alaska larger than the area of Vermont and New Hampshire combined.

With that many Lakes very few of them are named

where is the state with the most lakes dummy

In elementary school (in Lansing, MI -the capitol city), I was taught that we are never more than 20 minutes from a lake. Any lake, big or small. Idc how many lakes another state has, my mitten and yoopers and my H.O.M.E.S. can be seen from space always. That's awesome enough for me.
A.
From the land of GREAT Lakes, not just many! lol

If you were to include the area of water within each states boundary lines wouldn't Michigan have the greatest percentage of water?

Its' boundaries include huge portions of lakes Michigan, Huron, Superior, and fair portions of St. Clair and Erie.

Your premise of how lakes are counted between Wisconsin and Minnesota is flawed, to say the least. Wisconsin is the state that counts every lake, no matter the size or if it's named. Minnesota counts only the lakes named and over 10 acres, otherwise, by Wisconsin's count, Minnesota would have close to 20,000 lakes.

Whitewater CA, Lots and Land for Sale and other Real Estate In...

5 tips for buying land in Whitewater, Ca. Watch the Whitewater Video of purp...

Relocating is a chore and since I am approaching my 28th move, I thought I wo... 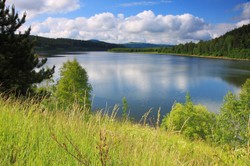 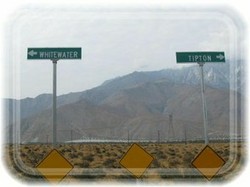 Whitewater CA, Lots and Land for Sale and other Real Estate Information

5 tips for buying land in Whitewater, Ca. Watch the Whitewater Video of purple mountains and the Cabazon Dinosaurs made by Kathy McGraw.
100%  22   15 mandeesears
Moving Tips and Guides 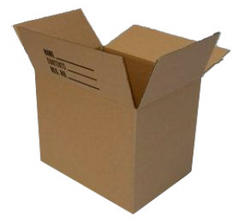 Relocating is a chore and since I am approaching my 28th move, I thought I would share these tips when moving. They will come in handy and make your relocation go smoother.
Loading ...
Error!