Understanding and managing your finances in an uncertain economic climate.

A common sense guide to understanding your finances and managing your money when the economic climate has gone to hell.

A Quick Guide To Understanding Your Finances

Understanding your finances is a must for anyone who seriously cares about where their money is going and the more you are able to keep track of your money in-comings as well as money outgoings, the better. Every Country has it's fair share of debt and people who either were ignorant of their finances or they just got themselves in a bad situation with debt really need to take a look at their own finances and see what they can actually manage.

So, a little sheet should be drawn up of all of your existing money out and money in, this gives you a clear idea of where you are with your finances and what you have to pay out on a weekly or monthly or whatever time frame you have to pay things out. Once this is done, which shouldn't take you long as you yourself should know what exactly you pay for certain things like bills and food.

Common sense plays a huge role in determining whether you'll be able to meet payments on certain things and some might say that willpower plays an even bigger role with your finances, because anyone can simply say "Oh to hell with it, I'll buy that new laptop with my car insurance money and take a risk" This is fine if you know you have some money due to be paid to you which you can then re-direct back to a bill, but if you don't, then it's just better to save the money and not spend it.

Money coming in is great, money going out is not, but that's the way it is, if you're not good with money, it's about time you handled your money right. I mean who else is going to? Not the people at the supermarket who you pay for food, they want your money and certainly not the car insurance people, they want your money too, they don't care if you've spent it on a new laptop, they don't care about your finances, they only care about theirs. So start to get your finances in order by listing everything as above and you can progress to the next step....

Free money is not free money that is handed to you, it's money that is free from being spent on all the mundane things like bills and food and taxes, everyone has this money at some point. Car insurance or some bills could be paid monthly, so potentially that may only fall on the first or the last week of the month, so technically you have three weeks of free money from paying that and also you could then begin to look at other parts of your income, break it all down and see where any other free money presents itself and take advantage of it by either banking it or saving it away for a rainy day.

Food money can be a rather estimated figure as we spend as much as we can afford on food, but if you stop to think about it, there could be free money within that too as you could just spend what you need for food. This way of thinking is a subtle way of thinking that really can help you too by understanding how much you spend on a weekly basis and analyzing your spending habits so that they benefit you and not who you give the money too.

So to recap, understanding your finances is quite simple. Know your in-comings, your outgoings and then you can plan what to do with any free money you may have, that's it, it's quite basic, but it's common sense, so don't try and punch above your waist, tighten your belt and get your finances in order. 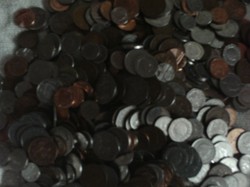 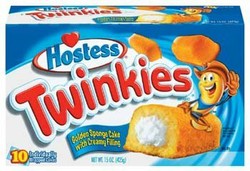 Hostess will be back and the stock and on your local store shelves this July with the expected date of the 15th, yes the 15th of July 2013 you can buy twinkies and more snack cakes
Loading ...
Error!