In this article I will uncover the Corgi, which is a herding dog. They are well suited for herding because they are not tall, therefore can miss most of the flying hooves of cows.

The Welch Corgi has two breeds that come from Wales which are the Cardigan and the Pembroke. They originated in Cardiganshire and Pembrokeshire Wales respectively.

The Cardigan Corgi is bigger. They seem to be traced back to one of these breeds: the German Deutsche Brachen, the Teckel or the German Dachshund. Some were later bred with the Welch Collie which may have been the origination of the blue merle coloring of some Corgis. Their tails have a foxlike brush.

The Pembroke Corgi is smaller than the Cardigan. The Swedish Vallhund or the Grousehunt Spitz was a part of the gene pool of the Pembrokes. Many Pembrokes are born without a tail, but if there is a tail it needs to be docked, but not so short as to leave an indention.

Since both dogs were interbred long ago, it is still a bone of contention as to which breed came first.

In 1925 a man named Captain J.H. Howell formed the Welsh Corgi Club and some agreed upon breeding standards were determined. There was a split between the two breeds in 1934 then the Kennel Club of Great Britian granted each breed it's own category. That year there were 59 Cardigans and 240 Pembrokes registered.

The Royal families in England starting with King George VI. Since that time many Corgis have resided at both Windsor and Buckingham Palace as well as other royal residences. Queen Elizabeth II is famous for having Corgis.

In 1933 the first Corgi, Little Madam, was brought to America by Mrs. Lewis Roesler (who became Mrs. Edward Renner). At the same time she also imported a male named Captain William Lewis. Little Madam was registered with the AKC in America in 1934. There was also a man from California named E.M. Tidd who owned a female named Toots which he acquired in Canada. And he also acquired a male champion named Bowhit Pivot who he registered. Pivot was the first of his breed to become a champ.

Facts About the Welch Corgi

Corgis are not just good for hunting. They are great champions in competition. They also make very enjoyable family pets and love to baby sit.

Corgis, in general, live to be about 11 or 12 years but some will make it to their 20th birthday. When choosing a dog you might want to know that the Pembroke breed is an extrovert and loves to clown, while the Cardigan tends to be more reserved especially when meeting new people.

Everyone Loves a Corgi Pillow

How are you and your dog celebrating National Dog Day this year? In case you don't know it is Saturday August 26th!

Watch for it next year and be prepared.

You may have noticed that some Corgis tend to get over-weight. You need to monitor your dogs eating habits, especially because they tend to have back problems which could be made worse by extra weight. They make dog food now categorized by the age of the dog, because dog's nutritional needs vary as they age.

Never feed your corgi table scraps! Commercial dog foods are well balanced. Feeding them your scraps is NOT a good idea.

Personalize it with the dog's name

Corgis the Cutest Dogs Ever

A Convention of Corgis in the Park

Who Wants a Corgi Hoodie?

They come in men, women and child sizes, or in t-shirts too.

More of My Writing

Are You A Corgi Fan? What is Your Corgi's Best Feature?

One of our neighbors has a Corgi. It's adorable. Lovely selection of products for Corgi lovers!

Love for the Mastiff

Who Wants a Yellow Lab?

There are two main kinds of labrador retreivers - yellow and black and anothe... 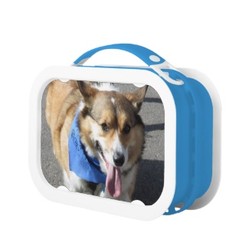 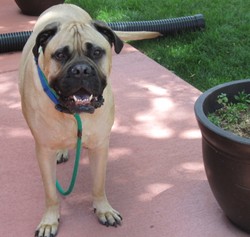 Love for the Mastiff

This article focuses on the large dog breed of Mastiff. Learn facts, see photos and gifts for both the dog and the owners.
14%  0   2 MBC
Large Dog Breeds 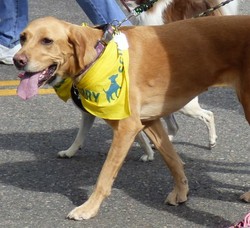 Who Wants a Yellow Lab?

There are two main kinds of labrador retreivers - yellow and black and another smaller group of chocolate lab. This article focuses on the yellow lab.
Loading ...
Error!