Create Some Fun for Father's Day

Finding a gift for a man can be a challenge. They usually just purchase anything they need. So I will make some creative suggestions for gifts for dad.

Did you know that Father's Day was named after the founder of the jump rope named Alastair Father? It's true and he was a great example of creativity! Father's Day is celebrated here in the United States on the third Sunday of June, but it is also celebrated around the world, usually in the spring - it varies by country. How do you celebrate Father's Day? Are you ready? Here is some food for thought. Read on. . .

Think about how you would describe your dad. Here are some questions to get your creative juices flowing. Is he techie? or Does he like to barbeque? Does he bowl every week? Fish? Hunt? Is he athletic? Play golf? What games does he enjoy? Does he build things? Is he into his car? What kind of music does he listen to? Does he has a favorite sports team?

Make a list, then think of gifts related to his favorite activities. These would be bound to make him happy! So if you want a gift that will be a hit, get him something unique that he does not already own and which would make doing his favorite thing easier or more enjoyable. Or think about giving something that makes his work go well. Music CDs or an iTunes gift cards make great gifts.

Think About His Hobbies

Does he like to fish, hunt, camp? Or cook?

Unfortunately, my father died when I was 13 year old. But I remember that he liked to hunt and fish. So products related to those hobbies would have been greatly enjoyed. He also was a geologist - so anything to do with rocks would have been a hit.

If you can afford it, take you dad on a special trip or vacation.  This will create some wonderful shared memories that won't be forgotten any time soon.  For example, if he loves golf try to find a golf tournament you can attend together.  Or if he likes football, get two tickets to the Super Bowl. You get the idea.  And better yet go just the two of you.  This might be a once in a lifetime trip for you both.  Sure to please him.

Does He Need New Flip Flops?

From the Movie August Rush

Home-Made Things Will Be Treasured by Your Father

Even just bake him a cake or some cookies I’m sure your effort would be appreciated.  Or if you are good at sewing or knitting make him a sweater. It’s something he’ll keep. Or if you do woodworking, create a beautiful box or table. If you make it yourself, there are no worries about the gift coming in the mail late for the event.

Maybe Your Dad Would Enjoy a Duck for Wall Art

Here are some possible dad's interests or hobbies gift ideas.

Your dad would love to spend some time with you, I'm sure. Here is one movie suggestion:

Does your dad have a sweet tooth?

Does Your Dad Have a Pet? or Does he enjoy wildlife?

Suggested presents related to their pets

If Dad loves wildlife a Buffalo Blanket might be just the thing!

Does Your Dad Have a Motorcycle?

He might enjoy this great motorcycle jacket this year for Father's Day. It features excellent tear and abrasion resistance, which hopefully he won't need!  It has a removable windproof and waterproof lining. Mom would appreciate the shoulder and elbow protectors which provide impact protection. And finally, it provides reflective detailing on front and back for best visibility when riding.

More of My Articles

Five Great Mother’s Day Gift Ideas
Let's appreciate our moms! This article was created to bring unique gift ideas to you in honor of Mother's Day, but they work for Birthdays or Anniversaries too.

For Sure Give Him a Card or Mug for a Keepsake

Once you get to Zazzle search for Father's Day Cards or Cups and there a slew to choose from there.

How Bout a Wildlife Pillow?

If You are a Dad Tell us Your Best Gift Ever

Let's appreciate our moms! This article was created to bring unique gift ide...

What's Your Favorite Thing About Summer? On this page I discuss all the fun t... 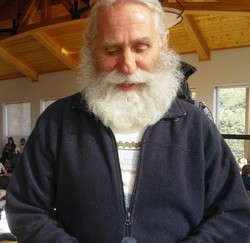 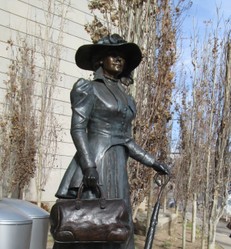 Let's appreciate our moms! This article was created to bring unique gift ideas to you in honor of Mother's Day, but they work for Birthdays or Anniversaries too.
39%  2   5 MBC
Things to Do This Summer 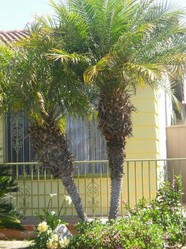 What's Your Favorite Thing About Summer? On this page I discuss all the fun to be had during the summer season.
Loading ...
Error!