Batman: The Dark Knight Rises Action Figures and Toys will bring a smile on your loved one's faces. Gift them the collection for their big days or collect them all for yourself!

With the release of the final installment of the Batman series, fans and collectors have become busy in finding and getting their hands on every collectors item they can find. Kids want the toys and action figures for their roleplay games and toy collections.
This page features all the newly released action figures and cool Funko POP toys that you can collect for yourselves or purchase as a gift for someone on discounted prices. Getting the whole collection of movie accurate action figures of all the characters will be a real treat for Batman fans out there!

Mattel has already released its Movie Masters collector figure series for The Dark Knight Rises. This series has 6 major characters from the movie, namely Batman, Catwoman, Bane, Alfred Pennyworth, John Blake and Ra’s Al Ghul. All the figures are expertly sculpted and fabulously painted to look like the movie characters. Batpod and Bat Vehicle figures are also available from the series.

A surprise that Mattel has included for all the fans is the Bat signal which can be completed by collecting all the pieces that come with the action figures. The Bat Signal is fairly big in size and lights up like the real signal. These awesome Batman action figures will be the perfect gift for someone who loves to collect movie figures. They will be much loved by kids who would love to play with all these figures. If you have knack of collecting items then these will be a precious addition to your own movie figure collection.

Catch Them If You Can!

Both the Batman and Catwoman figures are well articulated and sculpted with great detail. The paint job is also fabulous and makes them look like the real movie characters.

The Batman figure is 6 inches tall and very well articulated with a removable cape. Kids can easily play with it without breaking it up or damaging it in anyway. It will also look fabulous on your collector shelf with all the other figures that you have.

Catwoman also stands 6 inches tall and comes with a goggles up and down variation. It had high expectations as it is the first female figure in the Movie Masters series and the customer reviews suggest that it has fulfilled all the expectations. The customers who bought these figures are really happy with their purchases and keen to get more.

The most loved member of The Dark Knight Rises action figures is Bane, the major villain of the movie. The figure looks quite a bit like the actor playing Bane. Fine details like all the belts and straps, the texturing on the coat, and Bane's mask are nicely done. At 6 inches tall, this figure will stand nicely with all the other collector figures you have got.

The second action figure featured here will be more suited to get for kids. With more articulation than the collector figure and inclusion of weapons, it would be favored more by kids who would love to play with these toys.

Collect All 7 Figures To Complete Your Bat Signal!

If you have a kid who adores batman's batpod then this will be the perfect purchase for him. This batpod comes with a batman action figure. Both of these will be loved by your kid who will definitely enjoy reenacting scenes from the movie.

Funko POP heroes creates vinyl mini figures of all the movie characters. These mini figures are awesomely cute and you will fall in love with them the moment you see them.  Funko POP has also released its chain of figures featuring all the characters of the final Batman installment.

Bane, Catwoman and Bane vinyl figures will look adorable with all your collectors action figures. These figures come in a display case so you can easily put them on your shelves without fearing damage to them. Make sure you collect all 3!

I saw Christopher Nolan's film and enjoyed it, even as I don't remember much what it was about. But kids probably do, and want these figurines. Pinning

Your kids will appreciate playing with Avengers action figures. Let them have...

Batman Brave and the Bold Toys are a real hit among kids of all ages as there... 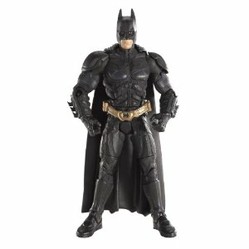 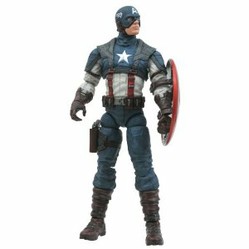 Your kids will appreciate playing with Avengers action figures. Let them have a fabulous time with a cool selection of Avengers toys which are perfect for their roleplay games.
22%  0   3 lobobrandon
Batman

Batman Brave and the Bold Toys are a real hit among kids of all ages as there are specific toys for them all. So, when buying make sure to check out the age group of the toy....
Loading ...
Error!