By the time the court met, on Day Four of the pre-trial, it had already heard disturbing evidence about the conditions in which Bradley Manning had been held.

The testimonies covered both the earliest months in Kuwait and the long stretch in Virginia, USA. It was a litany of damning indictments, which succeeded in turning attention away from Manning and onto his jailers.

However, that had all been at the instigation of the defense. On November 30th 2012, it was the prosecution's turn to lead the questioning. 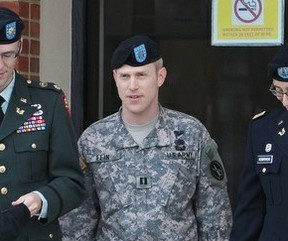 Three days of testimony had not painted a defensible picture of Bradley Manning's incarceration thus far.  It had served to turn the spotlight onto the military itself; while wavering sympathies were drifting into Manning's camp.

Fein (pictured) immediately sought to undo some of the damage.

The Brig command at Quantico authorized a list of books, which Manning had requested from his auntie (he claimed that he took a 'shotgun' approach to asking for so many, on the basis that he might end up with one of them).  These included texts like Howard Zinn’s A People’s History of the United States, Ford Madox Ford's The Good Soldier and David Finkel's The Good Soldiers.  He received them all.

(NB  I half suspect that there has been some reporting error here.  Those last two could be the same book and my money is on the Finkel one.  It includes a transcript of Collateral Murder, the video footage which Manning is alleged to have handed to WikiLeaks.)

Fein also received confirmation from Manning that he had requested and been given new underwear and t-shirts.  This was possibly to address earlier reports that said underwear had been taken away from the private.

“They still smelled like Iraq," Manning responded, when asked why he'd asked for these items. "No matter how many times it got washed it just never went away.”  Even Fein was amused by that.

However other lines of questioning did not quite go as the prosecution had planned.  Fein pressed Manning to admit that, contrary to the notion that he'd been devoid of sunlight, there had been a skylight close to his Quantico cell.

"Further down the hallway, yes sir."  Manning promptly replied.  Not at all counteracting his previous testimony about pressing his face against the bars to see the reflection of a reflection of the sky.

As a military man, Manning had been trained to obey direct orders. This one gave a whole new meaning to the word 'voluntary'; the opposite meaning in fact. 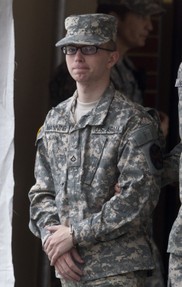 Bradley Manning was entitled to twenty minutes yard time each day.  They were precious minutes spent outside the 6ft by 8ft cell that was his narrow world.

Unfortunately they didn't always happen; and each time there is documentation to prove that Manning gave his consent to stay locked indoors.  But all was not as it seemed.

On many occasions, Sergeant Garnett simply did not arrange the exercise allocation.  Officers would appear at Manning's cell door with a 'sworn statement' already written out to state his willingness to waive his right to daylight.  He would be told, “Here is a voluntary statement. Sign this.”

It made Manning feel uncomfortable.  Above and beyond the disappointment at being left in his cell for another day, he understood that the forms were merely to cover the backs of those denying him this right.

But there was such pressure on him to sign that he did so on some occasions.  But he always crossed out the word 'sworn'.  He thought that might lessen the legal impact.

Was Bradley Manning Really That Suicidal?

Major Fein certainly tried to make a case to justify the Prevention of Injury (POI) and Suicide Watch Statuses for Bradley Manning.

It was the contention of the prosecution that Manning was suicidal; and that the seemingly extreme measures undertaken in Quantico were all designed to protect him.

Fein had previously produced a noose, which Manning admitted to having fashioned in his cell in Kuwait.  Now a sandbag tie noose and metallic objects were submitted.  They were all declared to be items which may have been used as suicidal aids.

Manning claimed no knowledge of those at all.  He'd never seen them before.

Fein further produced a statement, written in Manning's handwriting and signed, which read, “Always planning, never acting.”  It was in answer to a question about his suicidal intent.  Manning concurred that he had written it.  But this was the infamous note procured during his 'shark attack' initiation into Quantico Marine Corps Base.

It was a written 'admission', which Fein contended was used to justify the status under which Manning was incarcerated.

It's a matter of basic human dignity to be clothed and to attend to your toilet business in private. But not for Bradley Manning. 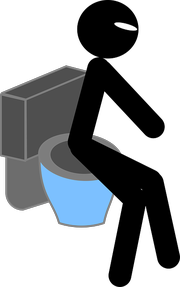 Manning's apparent erratic behavior was also under scrutiny.  The prosecution was unhappy about the incident in which Manning had placed his blanket onto his bed, so he was standing naked to attention, while guards paraded by.

Previously this had been portrayed as a moment of humiliation for Manning.  Fein wanted to re-frame it as testimony to Manning's own mental instability.  He asked the same question of the private in a variety of ways, attempting to gain a confession that Manning had placed the blanket down of his own free will.

Manning was adamant.  He had been given the order.  His blanket was snatched away and, if it wasn't, then he was told to place it onto the bed.  He did not choose to stand naked in that manner.

Nor was this the only time when his dignity was severely undermined.  His toilet was placed to be on full view to the observation desk.  He was not allowed toilet paper.  If he required it, Manning had to stand to attention and yell, "Lance Corporal Detainee Manning requests toilet paper!"

At least the entire brig would then know to watch him.

Major Ashden Fein made the point that Manning's media mail requests were granted. He never complained to his guests. 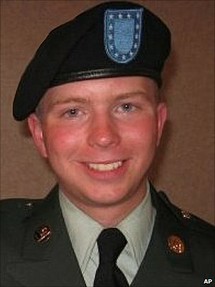 Glenn Greenwald was added to the list of people allowed to send mail to Bradley Manning.  His name was added at Manning's request.

The Guardian journalist's inclusion appeared to contradict Manning's previous testimony that he didn't want media attention.  The private appears not to have been questioned about this, though it was put to him that he didn't discourage such press scrutiny.

Manning replied that he wanted to be tried in a court martial, not a 'court of public opinion'.  He had instructed his lawyer and visitors not to 'grand-stand' on his behalf.

On the subject of visitors, several transcripts of his conversations with friends and family members were submitted to the pre-trial hearing at Fort Meade.  Highlighted were some of the more banal conversations that he had, including asking one visitor if he (Manning) looked good in his new glasses.

Fein contended that if Manning felt so hard done to in his cell, then why didn't he complain to his visitors.  Manning's response was honest.  "I was also concerned they might end my visits and say I did something wrong."

So he kept quiet and kept cheerful.  It was all he could do to safe-guard those brief brushes with the outside world.

We're hypothesizing here that he may attempt to inhale the loo roll, but, as my friend pointed out, his gag reflex would kick in and so that wouldn't work either.

In short, we're struggling with this one too. But it's useful having your take on it.

My first question, which simply will not leave my thoughts, is why they wouldn't give him toilet paper? He couldn't hang himself with it- possibly attempt to slip notes to visitors but then he'd also need a pen, pencil, or some other tool with which to write. I honestly cannot see any justification for this, except to humiliate. And even if they believed that he might slip notes to visitors, that's a completely different risk factor and does not relate, even remotely, to suicidal intent.

Even if he was so suicidal, even if he was, there are many prisoners with suicidal intent who have been evaluated properly and put on suicide watch. Yes, the items granted to a suicidal prisoner or one who is at serious risk of harm need to be carefully considered, as does the periods of time in which they need to be checked- but that does not include asking for toilet paper. The worst case scenario is that he might eat the paper- but that's hardly likely to cause serious harm- or any harm really. Doesn't add up.

Trapped in stifling conditions; denied information, even when moved in shackl... 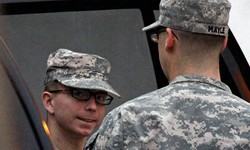 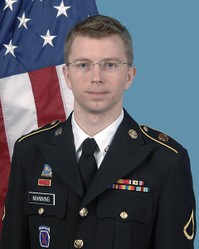 With the United Nations condemning the USA for torturing one of its own citizens, something had to be done. In November 2012, an American courtroom heard the charges.
62%  8   5 JoHarrington
Civil Rights 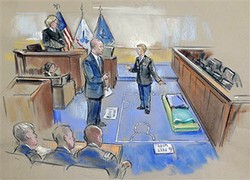