Saeed Malekpour was making a decent living as a freelance programmer and software developer.

It was enough to support himself and his wife, as she studied for her Physics doctorate in Ontario, Canada. They were now permanent residents and he was planning to gain his PhD too.

It was a crime that incurred the death penalty.

The Algorithm Passion of Saeed Malekpour

Internet geek Saeed travelled halfway across the world for his wife, but some might argue that his first love was computers. 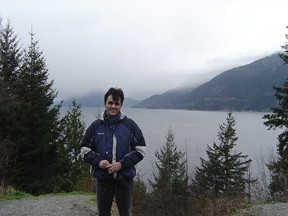 Saeed Malekpour was passionate about computers. He always had been. At 33 years old, he had spent most of his adult life messing with algorithms and code. He was good at it, so people were willing to buy his programs.

He passed his Materials Engineering degree with a dissertation which included, in part, simulation software, which he had written himself. It was easy to fall into a job after that.

Iran Khodro, the largest car manufacturers in the country, had employed him part-time throughout his course, at the Sharif University of Technology in Tehran. Once Saeed had graduated, they snapped him up for a permanent, full-time job. He was soon head-hunted by RMRC, a metallurgical research company. The code that he produced for them is still amongst their best-selling digital products.

But an education wasn't all that he'd gained from those years at University. While part of a chess competition, he had also met a Physics student named Fatemah Eftekhari. She had her own career path ahead of her and that meant emigrating to Canada to study for her PhD.

Saeed wanted to be part of that. He married her and quit his job. The couple moved to Richmond Hill, Ontario, where they legally became permanent residents. While Fatemah lost herself in her research, Saeed supported them both with freelance programming and software development.

As his skills grew, so did his confidence and pride. Each algorithm, each piece of code out there, bore both his name and e-mail address. That way anyone admiring it might trace him and perhaps hire him too.

The couple had a plan. As soon as Fatemah achieved her doctorate, then their roles would reverse. It would be her turn to support them and the time was close. Saeed had just enrolled in a Master's Degree course, with an option to continue into his PhD, when the call came.

Back home in Iran, his father was dangerously ill. Saeed had to fly to his side immediately or risk being too late. The couple hurriedly packed and left, totally unaware that an even bigger nightmare awaited their arrival in Tehran.

The Arrest and Solitary Confinement of a Computer Programmer

Saeed was kept in isolation for at least a year, before he finally broke and confessed to whatever he was asked. 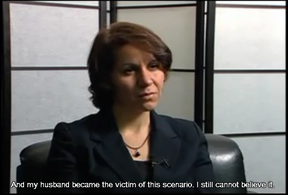 Fatemah believes that her husband still doesn't understand why he was arrested. No-one charged him with anything nor read him his rights.

Practically as soon as they landed in Tehran, the police surrounded and took Saeed. His father died, while his son languished unknowing in solitary confinement.

No lawyer was allowed access into Evin Prison to see him. Saeed was kept incommunicado for two years. At least half of that was alone in a cell for twenty-four hours a day.

Then suddenly there was a letter and a live confession, broadcast across Iran's state-run television channels. Saeed admitted to being the director and manager of a pornographic website. He looked terrible. Politicians and clerics clambered to hold him up as an example of why certain websites should be blocked in the country. Saeed and his on-line creations were a disgrace to Islam.

None of Saeed's supporters could reach him to tell him what they all knew. An image uploading program, which he had sold to a client in Canada, had been used to facilitate the display of pornographic images. The code behind it contained Saeed's name and e-mail address. It had meant to be just another of those hidden advertisements, which might have led to more work.

Fatemah told human rights investigators, "The disadvantage of a freelance work lies in the fact that once you sell the code, you don't know where and for what type of site the codes are used."

She swore that he would never have sold his program, if he had known it would be used for obscenity. It was against his Muslim sensibilities.

In a country where bloggers and other social network users are routinely arrested and killed, Fatemah accused the Iranian authorities of using her husband as a public example. His confession justified the millions spent on forming a 'cyber-army' to block internet sites in the country.

Campaign for the Release of Saeed Malekpour
Activists working solely for the computer programmer.

Tumblr: Free Saeed Malekpour
Many items added in Farsi, but some are in English too if you scroll down.

International Campaign for Human rights in Iran
US based human rights group created by an Iranian.

Poll: Was it right to arrest Saeed?

Facing the Death Sentence for Software

In a letter smuggled out of prison, Saeed described how he had been tortured to extract his confession. 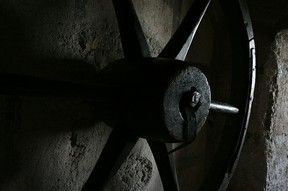 In a letter sneaked out of Evin Prison, Saeed let his family know what had happened to him. Beyond even the solitary confinement, he had been physically tortured.

As soon as he had been arrested, in October 2008, he had been blindfolded and handcuffed. Officers armed with cables and batons had beaten him. Those without weapons had simply used their fists.

He had been flogged too, with his assailants focusing on his neck and head.

There had been sexual threats too. He had been repeatedly told that he would be anally raped with bottles. He reported being told that his family was in danger, unless he confessed.

All he knew was that he was being accused of running an obscene website. He agreed to whatever they told him he did. It stopped the pain.

It was also used as evidence against him. In December 2010, two years after his incarceration, Saeed Malekpour's case was set before the Revolutionary Court. They sentenced him to death.

The Canadian government found this unacceptable. After all, his citizenship status was as a permanent resident in their country. At their diplomatic intervention, coupled with the global protest raised by organizations like Amnesty International, the Iranian Supreme Court returned the verdict for review.

The reprieve lasted less than a year. The Revolutionary Court reimposed the death penalty on Saeed in November 2011. The Supreme Court confirmed it two months later.

Please click on the 'cc' button, below the video, to watch this with English subtitles.

Read these eye-witness accounts and reports from one of the world's hotspots for human rights abuses. See what you can do to help.

Condemned Saeed Malekpour Under Pressure to Confess
A computer programmer may have been tortured in a bid to force a public statement, as Iran faces international criticism over his plight.

Computer Programmer's Death Sentence Dropped in Iran
Since December 2008, Saeed Malekpour has been on Death Row in Iran for writing computer software. The Canadian Permanent Resident may now escape the noose.

Juveniles on Death Row
The death penalty for children has been stamped out in the majority of countries. Where it remains, kids as young as 13 are being killed.

Applications of the Death Penalty: Hanging
Examining the murky history and gruesome use of hanging as a method of execution. Not an article for the faint-hearted.
Updated: 01/27/2015, JoHarrington
Thank you! Would you like to post a comment now?
14

What are your thoughts about the case of Saeed Malekpour?

You're welcome. The latest is that his family haven't heard word from/of him in over 50 days. The last that they knew, Saeed was being fast-tracked onto the Execution List.

Two days ago, the USA's President Obama did an open address to the people of Iran. Saeed was mentioned in that, with Obama asking that he be released.

Wow. This is a really unfortunate breach of human rights. Thanks for bringing it to our attention.

I'm in total agreement with you. I couldn't not read about this, when I heard of the case. Unfortunately, the latest reports are that Saeed is being fast-tracked to the executioner.

Time for the rest of us to really step up our e-mails and letters of protest.

Recently I have read great article on death sentence. I will write here what I wrote there: I am completely against it, and I can't imagine how can anyone support it. In this case I simply can't think of the possible reason to put someone to jail for using his knowledge to write programs.
I am so sorry to hear someone can end up in the jain, to be tortured and isolated without even knowing what did he do.
You are doing great thing by writting about this!

I think it's more doing our best for anyone suffering from human rights abuses.

I'm speechless. The only thing I can think of to say is let's liberate all the women and children of Iran.

Me too, but we're all sending our e-mails and letters on his behalf. It's worked plenty of times for targets highlighted by Amnesty International. It's also failed plenty of times too. Let's hope this one is in the former category.

Thank you for commenting. :)

It seems to me that the Iranian government looks for any excuse to torture its own people. So sad and i hope it ends well.

Hi Lucas - yes, my sentiments exactly! You're forgetting human bodies, they can be used for pornography too. In fact, let's just eradicate the whole world!

*sigh* Some situations are just so infuriating and tragic that it helps to vent a little. Then you've released the pressure value necessary for doing something about it.

This is just sick... 2 years, filled with torture, just for writing a program which wasn't under his control anymore? What's next, bonfire of vanities? Lets burn all computers, phones and cameras since those can be used to make pornography..
When we're done with technology, why not burn all the scientists on stakes.. After all, things that they're researching can just be turned around to endanger everyone else..

A computer programmer may have been tortured in a bid to force a public state...

I consider judicial execution to be a 'cruel and unusual punishment', which i... 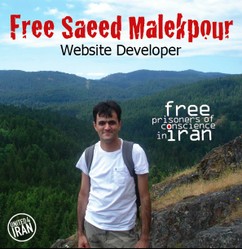 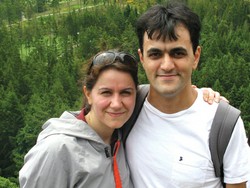 A computer programmer may have been tortured in a bid to force a public statement, as Iran faces international criticism over his plight.
100%  56   11 JoHarrington
Human Rights 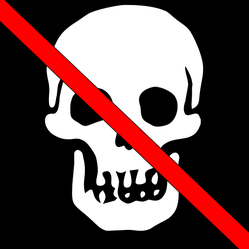 I consider judicial execution to be a 'cruel and unusual punishment', which is contrary to international human rights laws.
Loading ...
Error!