"The Quest" By Libby Lazewnik, is a novel that displays fictional characters with personality disorders.

For more information and reference, you can see a link to the referenced novel on this page, as well as a link to the DSM IV, the Diagnostic and Statistical Manual of Mental Disorders, for Professionals.

Additionally, I have written an article on this site summarizing the novel, (see: "The Quest": Novel by Libby Lazewnik: Full Plot Summary) and will be posting more articles with an explanation of other characters in the novel that illustrate the symptoms of other personality disorders.

The DSM, The Quest, & Abnormal Psychology

A Character with Dependent Personality Disorder

Mark Barron shows the symptoms of Dependent Personality Disorder through most of this novel.

Mark Barron feels a deep need to be cared for by his sister.

Since his own thoughts and feelings are displeasing to Carol, he quashes them and listens to what she says.

Since early childhood, his sister had always gotten what she wanted.

He was used to it, and scared of her disapproval, and therefore always gave in to her.

She convinced him into sedating Irena, going along with the plan and keeping silent all the years, although he was unhappy about it.

He submitted to her unreasonable demands, and allowed himself to be exploited by her.

He clung to her and did everything she said because he deeply feared her rejection.

These are all symptoms of Dependant Personality Disorder.

Fortunately, towards the end of the story he helps himself out of this mess when his sister sends him down to California with instructions to kill Irena.

All of these years he had felt guilty about what had happened and now he finally decides to come clean.

He tells Irena the truth, and he moves to a faraway country where he can live in peace, away from his harmful sister and her effect on him.

This illustrates how a person afflicted with DPD can eventually overcome it. 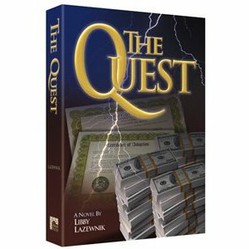