Individual in dissociative fugue suddenly looses their memory of their identity and leaves their physical surroundings. In some cases one can assume new identity.

Patients with Psychogenic fugue wander without goal or plans. They don't remember of their past, and they are confused, lost, sometimes even under new identity.

Dissociative fugue, or psychogenic fugue is caused by defect in mental integration of identity and counsciousness. It is rare disorder (1 in 2.000 people), but with increase during war periods, or during natural disasters. It always happens after some initial psychogenic trauma or emotional shock.

Individual takes on trip with no previous preparations. Patient is confused, unaware of his real identity, with complete amnesia of his previous life. Person is in state of automatism in motor behavior, which leads to unstoppable traveling to some designated location. One has all characteristics of dissociative amnesia with illusion of rational reason for travel he is doing. In the state of dissociative fugue, one can perform simple social interactions such are ticket and fuel purchase, asking for direction, ordering lunch etc.

In some cases person in fugue can take on new identity. It is not rare case that patients in psychogenic fugue undertake new identity as subconscious defense against loss of "self". In other cases of this disorder, there is no confusion in one's head. And he can seem quite normal in the eyes of bystander. Especially in early stage of fugue. Later, patient, mostly attracts attention by his confused and distracted look and behavior (he can't understand the purposse of being on the present location).

This disorder often goes with only one episode, which can last from few hours to few months. The most common scenario is 3 to 5 days of dissociative fugue. In this timeframe, one can travel over few hundred miles.

I think the most famous case of this disorder is the mystery of Agatha Christie's vanishing for few days  in December 1926. This happened few months after the death of her mother whom she was very close to. During this period of time her husband was having an affair with Nancy Neel. Day before Agatha went missing, he took trip to Surrey to reunite with Nancy.

Agatha Christie wrote few confusing letters to her relatives before she disappeared. She was found in a spa near Surrow checked in under the name of Teresa Neel. Spa residents thought they recognized her, but she kept to her story of being a bereaved mother from Cape Town. When her husband was brought to identify her, she just said: "Fancy, my brother just arrived".

Jeff Ingram went on the trip to Alberta, Canada to visit his close friend dying of cancer. He woke up on Denver with 8 dollar in pocket, and no recall of his past. He didn't know who he was, how come he ended in that hotel room, nor the city he was in. Jeff appeared on local TV station asking for help if anyone can tell him who he was. His fiance's brother recognized him and along with sister he went to Denver to pick up Jeff. Jeff's car was never found, and he's memory of previous life never returned.

Scientists assume that shock of close friend dying could have been trigger of his case of dissociative fugue. This is rare case of compete and permanent loss of memory during state of fugue.

Did you know about this disorder before?

"Very few of us are what we seem."

Returning to Original State of Functioning!

Person who has experienced state of fugue will find himself extremely confused and frightened in situation when he exits this state. It is not pleasant feeling to find yourself in strange surroundings, not knowing where could you be. Sometimes it is in the same city, in some familiar street, but more often it is hundreds of miles away from home, possibly in other state, which language you can't speak. But, it is good thing you are back, no matter how scary new situation can look. Some people never came back from psychogenic fugue. They have lost all the memory on previous events in their lives. They can't even recognize their children. This is rare state of mind, but when it happens it is devastating, and it destroys one's life.

Diagnosis and Treatment of Psychogenic Fugue

Diagnosis of this condition can be tough. If you are not close to person in dissociative fugue, you can assume he is just traveling. In early stages, there could be no signs of confusion. Individual in fugue can seem quite normal. It is easier to notice the change if you know the person. You will then notice he can't recognize you, he is referring to himself as to person with different name etc.

Doctor must exclude physical causes of this condition. Some tumors, brain trauma, appoplexia, or Alzheimer can give the same symptoms. RTG, CT, NMR, blood tests must be performed. These procedures won't show anything in case of psychogenic wandering.

Treatment in most cases in not needed. Disorder resolves by itself, and there is mostly just one episode of this disorder. In other cases hypnosis can help. There is no medication that can be applied here. Only counseling and hypnosis.

When Problems from Personal Life Grow...

Every doctor, and human being in general should think of this possibility when encountering person with psychiatric disorder. Every psychiatric disorder is product of repressed emotions, and it is the final state of long lasting unstable mental state.

It is then, easy to connect A to B and make conclusion that those people suffering from dissociative and any other psychiatric disorder, can privately think of 'suicidum'; in other words to have suicidal thoughts.

In order not to write about something that has been nicely presented on other places, I will just suggest one of my favorite articles on suicidal thoughts and what to do in such case.

Wizzley author Katiem2 has excellent article on that topic.  In this article Katie explains the most common reasons for suicides; she is writing about what must happen to force someone to think about it and what are the signs suicidal person sends to us. How to discover someone is suicidal early enough to help him?

Why suicide? Are there ways to stop it? What are the vital suicide warnings? That and a lot more, find out in Katie's article:

Katie shares information about fighting suicidal thoughts, and gives advices about reacting in such cases

Read About Other Psychiatric Disorders:

Please, let me know what do you think of this disorder!

Brain is wonderful... The way it acts is still great mystery to us. As in this case: who can tell when someone or if someone will recover. Psychologists, therapists are doing excellent job on "fixing" mental conditions. Drugs too. But still, psychiatry is battling with unknown enemy. That mystery is what attracts me to it.
Great to hear from you Sheri, as always!

For 30 years I worked with people with dissociative disorders. They can recovery and lead very good and very satisfying lives in personal and professional realms.

Very scary, it would be very hard to see this happen to someone close to me. But important to be able to recognize it. Nicely composed article.

It must be quite unsetting, Sheri. I cannot even image the feeling when they realize their brain was playing with them. Other dissociative disorders are even more devastating (multiple personality disorder i.e.)

This is disorder is so frightening to the sufferer. It is true that dissociative fugue spontaneously dissipates. But imagine how unsettling for the individual when they realize what happened to them. Excellent piece.

Hi, deamons. I am sorry to hear that. If you want, you can share your story with us. And, yes, it is the best to get to know the enemy.
My pleasure!

This will be a big help as I learn the disorder I am afflicted with, thank you for the resource

Pinkchic18, I am glad you have found this article informative and interesting. I appreciate your kind comment and your time.

Very interesting article, I knew little about this before so I appreciate your knowledge on the very sad disorder. 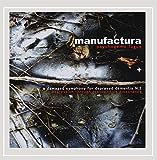