Digital Signatures are for digitally signing electronic documents for authentication. The definition is easy to fathom, but the cryptology behind the method is difficult to grasp

Digital Signatures use a certificate based digital ID, and are not to be confused with electronic signatures. They are often considered a type of electronic or e-signature but the certificate-based signatures contain encrypted information of the signatory. It is difficult to forge these IDs and hence considered more secure than any other system.

This is a mathematical technique and relies on public key infrastructure or cryptography which is accepted globally. Digitally signing is akin to using fingerprints as authentication, and this mathematical scheme is used worldwide to authenticate the associated e-documents issued by the signer holding a unique identity provided by a service provider..

As said earlier digital signatures are like fingerprints comprising encrypted information about the signatory. The popularity accrues from the fact that they are difficult to manipulate and hence are used globally for authorizing contracts, forms, and legal documents pertaining to various sectors like e-tendering, Income Tax, GST and ROC filing, etc.

The technology is still in the development stage and is promising enough to support eCommerce in the time to come.

Three main plus points of these secure electronic signatures:

The signer encrypts data pertaining to the electronic documents during the process using a hash algorithm like SHA 256. The encrypted data is known as a cryptographic hash or a digest and is unique for every document encrypted. At the same time, a public key is generated that is used by the receiver. The public key is accompanied by the DSC, and the digest is sent to the receiver who uses it to decrypt the encrypted data.  In public key encryption systems, users make their public key available to anyone and keep their private key secret.

A private key is a string of numbers generated by the signer and it is only known to him or her but it is shared between the sender and the receiver in some cases. (Read Symmetric Key Algorithms).  A private key to encrypt documents is created using hash algorithms. There are many hash algorithm generators such as:

Hash Generator Online. Another Hash Generator Tool. The last one SHA 256 is most commonly used. The private key is saved in the sender's computer.

The digital signature is obtained from a licensing authority, certifying authority (CA), or its partner, thus is a third party authorization at a price. The CA or authority issues DSC after verifying your documents along with a video verification in a token which is similar to a pen drive.

One look at the graph by clicking the link will explain what a digital ID or Certificate is.

Please copy and paste the link shown above in your browser to see the certificate at the bottom as I cannot paste a graph here since it will be a copyright violation. The digital certificate is self-explanatory.

The DSC or the public key ensures that the document is not tampered with by using the key that returns the same hash value as sent by the sender. It does not matter if the public key has been appropriated by someone else, the digital signature is just a way of certifying the sender! It certifies the source remember!

The Controller of Certifying Authorities(CCA) licenses and regulates CAs in India. This authority comes under the ambit of the information technology Act. The CCA also maintains data on DSCs issued in the country. DSC issued by CA is called third-party trust. Licensed CAs can delegate authority to intermediate CAs.

Shared Key Encryption
In this case, the sender and the receiver should be in the possession of the same key.

Digital Signature's market size was $215 million in the year 2015. The market growth is 30% CAGR and by the end of the year 2022, the Market size is estimated to be 3444 million US dollars. These figures point out to the growing security mechanism on the world wide web.

Normally the use period specified by certifying authority is one to 3 years. What determines that? Maybe because security changes may be stable for that period.

Your next-to-last sentence explains that "The digital signature certificates are issued with different use periods and are charged by the CA or licensed authorities as mentioned above."

Who or what is it that determines the lengths of use periods?

The CAs are country specific.

Are the service providers multi- or trans-national or are they and their services country-specific, in other words, available in the countries where such providers reside?

The list is an example but there are service providers in all countries where DSC is in use.

In particular, I appreciate how you always back your presentations with examples and explanations. It's helpful in this case to have that link that you provided to view the certificate copyright-protected by the Wikipedia article.

Is the list of digital certificate providers in your last subheading Digital Signature Market Size Increasing Popularity of Electronic Authenticity complete or is it intended as an elucidating sample?

Find out why MAKE magazine makes even a non-geek drool... It has so many incr...

The REAL Star Wars Light Saber Is Here And It's Legal To Own F...

The leisons of Star Wars fans will be glad to know that a real light saber de...

Biofeedback Toys: Amazing Toys That Are Powered By Your Though...

Imagine being able to wear a pair of mock cat ears that actually react to you... Find out why MAKE magazine makes even a non-geek drool... It has so many incredible DIY projects that are amazing and amusing.
30%  3   3 Jerrico_Usher
Innovations 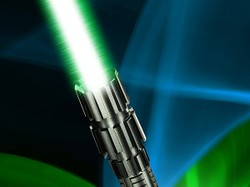 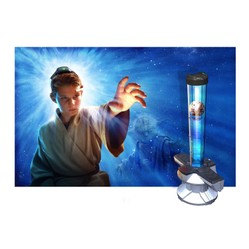 Biofeedback Toys: Amazing Toys That Are Powered By Your Thoughts and Emotions - Wirelessly

Imagine being able to wear a pair of mock cat ears that actually react to your brainwave patterns. In other words, your emotions and thoughts cause them to react!
Loading ...
Error!