Discoveries of Stephen Hawking is complex and difficult for even scholars to understand and digest but very thought provoking if you are interested in astronomy.

Here is an assimilation of his work in layman’s language so that anybody who has not exposure to science can understand and appreciate. An intelligent mathematician and physicist gave the world an understanding of universe and the laws that might govern it.

For hundreds of years researchers, physicists, spiritual leaders and philosophers have struggled with the enigma of birth of universe; how did it arrive into existence, who at all created this universe and why was it created. Stephen Hawking holds our hands and takes us to these mysteries step by step in a methodical approach so that you do not get lost in the dense maze of the universe whose end we do not know of.

God and Stephen Hawking: Whose Design Is It Anyway?

Is Universe the Creation of God?

By all means, there might not be any deity who has created this universe and nobody to answers our queries as to why we are here and who is responsible for our happiness and sufferings. Humanity has been curious about it for centuries and has invented many of the theories to quench the curiosity and thirst for knowing beyond unknown.

We have great scientists like Einstein and Newton who were far ahead of their times in intellect and geniuses, they compounded theories to understand the role of matter in this cosmos. In that line of legends, one such scientist and eminent mathematician, Stephen Hawking stands up as the most admired and intelligent scientist of our contemporary times. Without going into any details of his new concept - known as “M-Theory” because I do not want to scare away my readers with the complexity of mathematics and complicated equations, this article explains his work and the genius of Stephen Hawking who I am a great admirer of about how the universe would have started.

Watch Into the Universe with Stephen Hawking

It all started when my daughter gave me books of Stephen Hawking to read as we both are interested in astronomy and universe. It so happens that the literature is scantily available and what is available appears to be complicated.

In his book “A Brief History of Time”, Stephen Hawking addresses some of the biggest mysteries of our time which have puzzled the scientists and the philosophers alike - like the origin of the universe and the fact that it is not static. It is expanding at an exceptional high rate in which galaxies are running away from each other at lightening speeds.

While the concepts are way beyond the normal, he tries to make reference to many major concepts that try to explain this marvelous nature of our universe, stars and galaxies with the help of Einstein’s theory of relativity and Newton’s law of gravitation. He also explains where these laws are applicable and where they fail to explain the universal phenomena especially their limitations.

When Stephen Hawking was interviewed from Cambridge, England, on a program called "Larry King Reside final Friday night" about his new work The Grand Design, Hawking stated that physics does not need a God to possess the power to create the universe and that under certain conditions, the universe would spontaneously arise from absolutely nothing due to the law of gravity which stunned the world.

Though many of us have a background of science or some acceptance and exposure of science, we find it very difficult to assimilate the thought that there is no one in this monstrous universe who controls the motion of planets, their orbits and more importantly; our lives.

Who is controlling the Cosmos?

It is difficult to digest that, in fact we control our own lives and the planets move into the orbits according to the law of nature and not driven by any supreme being. They obey the simple rules of nature whereas we struggle to define boundaries and faculties for trying it to fit in our various theories by creating a God who needs to control everybody including the universe.

The universe, it so happens, is governed by infinitely accurate laws which we; due to our constraints, have to explain in finite terms and dispositions of Physics as we are used to. To understand infinite prepositions, our laws and mathematics need major transformations as we are bound by finite things on earth and are comfortable with finite propositions and static nature only. Our theories of physics can only handle finite objects and we use science to construct and demolish finite subjects.

Do you think God created the universe?

Have you heard about Stephen Hawking?

WriterArtist, Thank you for all the practical information, pretty pictures and product lines.
Yes, I've heard about Stephen Hawking and read his books. You tackle complicated maths and physics the way he did: effortlessly, helpfully, understandably.

@younghopes - He is a man who I admire too. I am amazed at his geniuses in spite of the nature of his inabilities. It is also interesting to know that the WEST has made some brilliant inventions to cope with Lou Gehrig's disease, Stephen Hawking is capable of communicating with a speech synthesizer and a myriad of other scientific devices especially built for him.

This man is certainly a marvel on earth, inspite of all his disabilities he has done such an amazing work

The Secret Life of Snowflakes

The beautiful snowflakes are born in winter snow and live for a short time. D... 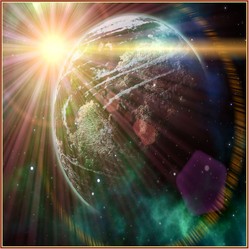 God and Stephen Hawking: Whose Design Is It Anyway?
32%  4   3 WriterArtist
Discovery 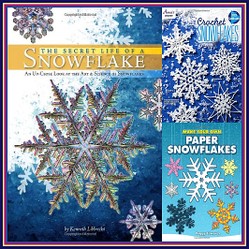 The Secret Life of Snowflakes

The beautiful snowflakes are born in winter snow and live for a short time. Discover the short and secret life of snowflakes through this article.
68%  7   7 WriterArtist
Fun Bedrooms for Kids