Getting ready to go back to school in the fall has never been as exciting with all the colorful and fun book bags and other supplies available.

One of the favorites year after year are the Disney Fairy line of backpacks and lunchboxes. Although she became a Disney legend as a sidekick to Peter Pan way back in 1953, Tinker Bell now stars in her own series of books, movies, and animated cartoons made for television. Tinkerbell lives in Fairy Haven, Pixie Hollow, which is part of the original Neverland. She and the other fairies live in the massive Home Tree, and work to make the four seasons of the year.

How Do You Choose The Right Backpack?

Size - Probably the first priority when choosing a backpack. Size depends on the age of your child and how many books and supplies need to be carried around.

Style - These days you can select from traditional backpacks, messenger book bags, rolling carriers, lightweight cinch sacks, and more. Also included in this category are features like number of zipper compartments, drink holders, and fabric options.

Comfort and durability - Padded straps and reinforced bottoms are good if books are heavy. And it's a good idea to choose a material that will clean up easily when it gets dirty.

Color and theme - This is likely what your child will be most interested in. Have fun because there are as many possibilities as you and imagine.

Super Easy To Order and Delivered Fast To Your Front Door

Who Are The Disney Fairy Characters?

Are You A Fan of the Neverland Fairies?

Go back to school in style this year with gear from America's favorite doll. ... 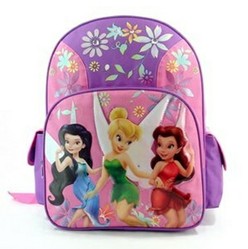 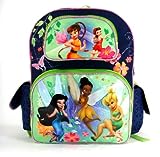 Summer blockbuster movies often preview what the popular backpacks will be come September. This year's back to school hit backpack will be Monsters University.
28%  2   3 fitzcharming
Kid's Accessories 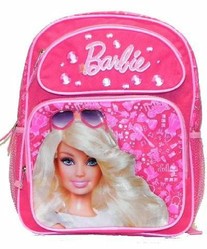 Go back to school in style this year with gear from America's favorite doll. And while you're shopping enjoy some Barbie trivia and fun facts along the way.
Loading ...
Error!