Go back to school this year with Dusty the adorable cropduster from Disneys animated movie Planes. Get Planes backpacks and lunchboxes with images from the popular movie.

Dusty Crophopper, the little orange and white cropduster plane has dreamed his entire life about flying in the famous race around the world. Finally his dreams are about to come true. He tried out for the race and qualified, but just barely. He's going to need lots of practice to get into shape. And he's got a couple of major obstacles to overcome too. First he's a country crop dusting plane, and therefore not built for racing. And second, he's extremely afraid of heights.

Dusty The Cropduster Plane In An Around The World Racing Event

Dusty gets some help from Skipper Riley, a naval aviator who trained Mater, from the movie Cars, in his Car Toons short film "Air Mater".  Dusty is so full of determination and spunk that his skills start to rattle the nerves of the defending champ, Ripslinger.  Rip is a bully and will do anything to keep his spot as champion.  He plans and plots to destroy the underdog Dusty at every turn. A big disaster during the race puts Dusty to the ultimate tests and takes him to exhilarating heights.  Does Dusty have what it takes to win a world class air race?  Will the new friends he meets in the movie be able to help him to victory or will the villain Ripslinger prevail?  It will be fun to find out.

Planes Own the Sky Backpack Available on Amazon

Planes is a movie released in August 2013 that is the first in a 3 part series of movies from Disney Toons films.  The films were originally intended to be a direct to video production, but the studio changed their mind and the movies are now being shown in theaters.  It's a spinoff/sequel to the wildly popular Cars movie franchise from the Pixar Studios.  The next film in the group is Planes: Fire and Rescue, and is set to debut in the summer of 2014.  The 3rd movie has not been publicly announced.

The merchandising campaigns have begun in earnest and toy departments everywhere are full of Planes toys, books, clothing, party supplies, bedding, and of course school supplies.  Products with the images of these adorable characters will be on every young kids gift list.

Find A Great Selection of Disney Planes Backpacks on eBay

Here Are Some Character Profiles From The Movie Planes

Join all of Dusty's friends, and rivals, in the theaters to find out more about their roles in Dusty's big race.

Pack A Healty Lunch In An Insulated Planes Lunchbox

Will You See The Disney Pixar Planes Movie?

I will be going to the movies this coming weekend I'm sure. They do look really cute. Thanks for your comment kimbesa

These planes look really cute, and I'll bet the kids will love their backpacks and lunch boxes. As soon as they see a new movie, they want the gear! The planes are sweet to go with the cars from prior movies.

Send your kids back to school this year with backpacks and lunch boxes styles... 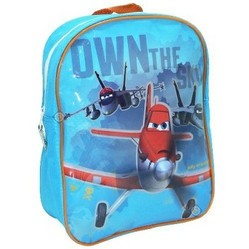 Summer blockbuster movies often preview what the popular backpacks will be come September. This year's back to school hit backpack will be Monsters University.
33%  4   3 fitzcharming
Kid's Accessories 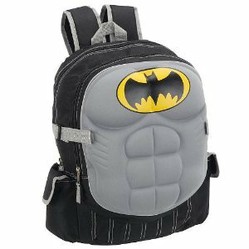 Send your kids back to school this year with backpacks and lunch boxes styles from everyone's favorite superhero Batman.
Loading ...
Error!