People at the lower end of the economic ladder keep their cars longer and do extreme makeovers to keep them running.

The poor or those at the lower end of the social strata, often show great resilience because of their lack of money. A rich person or even a middle class person will usually allow trained professionals to do major body work on cars, the poor, get creative out of need. They tend to use whatever available materials are around on the cheap, such as, wood, plastic, tape. The photos below show such creativity and with some of them, one wonders if they are really road worthy.

A car is vital. It gets you to a job, school, meetings, unemployment offices, without it, your independence is gone. If you lack the money to make a repair, you try to get the part at a junk yard, if that fails, you rig some sort of fix from materials you have that are far cheaper. Yes, the fix may make you laugh but it works. Unlike in Europe, where towns and cities evolved around street cars and trains, in America, it was the opposite. The solution was the car and it has filled the need allowing people to live in remote sections away from the main town or city. That is one reason why trains and streetcars in America do not work well. If you take a transit train, odds are, you will still have to walk considerable distances to get to work or wherever you are going.

The poor make do. If their car is down, they sacrifice. Maybe not buy some food, clothes, shoes, delay paying other bills. For most, taking the bus is not an option as it is too unreliable and time consuming. The cost to repair a simple dent in a car body or bumper is simply insane, even for those who can afford it. Of course, auto body shops rely mostly on car insurance, that even the poor must have but it may not cover everything. Also, depending on the extent of the damage, the car may be off the road for weeks depending on things

The photos are cars from those who cannot afford a proper fix. They are extreme car makeovers that will make you laugh but just be thankful you are not in their shoes. Some of the repairs, like the Subaru bumper is not a bad fix. I am sure a new bumper is costly. The most dangerous one is the tiny wheel on the rear. The funniest, the unique trunk of the car.

Thanks. Sometimes, keeping a car operational is a creative process!

I enjoyed them! Some of them are funny; but there are those like you said that can only afford what they can. I like your writing and if you are patient on Wizzley, you will learn so much. This is a wonderful article and I do have to say great job! :)

A tire repair kit is a necessary piece of auto emergnecy equipment. The five ...

A tire plug kit is a useful part of any auto emergency repair kit. The five b... 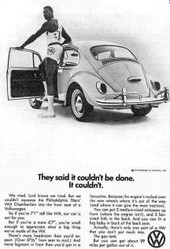 Auto Repair and Maintenance: Easy Lessons for Maintaining Your...
10%  1   1 Tested_to_Destruction
Do It Yourself Car Repair 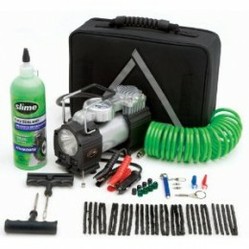 A tire repair kit is a necessary piece of auto emergnecy equipment. The five best tire repair kits reviewed and compared.
9%  0   1 Tested_to_Destruction
Do It Yourself Car Repair 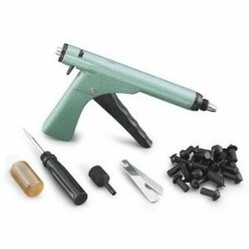