DKNY and Humans of New York: A Story of Cheap Budgets, Mistakes, and Charity

DKNY used hundreds of photos from Humans of New York without permission. The story and the continuing fallout.

Several months back, DKNY contacted New York photographer Brandon (of Humans of New York) and offered him $15,000 to use 300 of his photographs in store displays around the world. Now, while that may sound like a lot to many of you, realize this is only $50 per image for worldwide use in all of their stores for an indefinite amount of time.

When Brandon asked for more money (how much hasn't been published), DKNY refused and Brandon thought that was the end of that. Then, a few days ago (February 25), a fan of Humans of New York sent Brandon a photo showing his images being used in a store display in Bangkok.

So, without Brandon's permission or knowledge (and without payment), DKNY was using the 300 photos in at least one store display.  Rather than call in the lawyers, Brandon posted a note on his blog asking for people to reblog the information and call for DKNY to donate $100,000 to the YMCA in Bedford-Stuyvesant, Brooklyn to fund summer camp tuition for local kids.

The Internet blew up at this point.  DKNY's Facebook page was inundated and outlets like Gawker picked up the story.

Since its founding in 1989, DKNY has been inspired by and incorporated authentic New York into its imagery. For our Spring 2013 store window visuals we decided to celebrate the city that is in our name by showcasing “Only in NYC” images. We have immense respect for Brandon Stanton aka Humans of New York and approached him to work with us on this visual program. He declined to participate in the project.

For the Spring 2013 windows program, we licensed and paid for photos from established photography service providers. However, it appears that inadvertently the store in Bangkok used an internal mock up containing some of Mr. Stanton’s images that was intended to merely show the direction of the spring visual program. We apologize for this error and are working to ensure that only the approved artwork is used.

DKNY has always supported the arts and we deeply regret this mistake. Accordingly, we are making a charitable donation of $25,000 to the YMCA in Bedford-Stuyvesant Brooklyn in Mr. Stanton’s name.

Well, that was more than the initial low ball offer to purchase usage rights but no where near the reasonable donation request made by Brandon.  After all, lawyers and lawsuits cost a lot of money.  Better it go to the kids.

Back in Humans of New York's Court

With the ball back in the court of Humans of New York, Brandon took the high road and publicly said he would take DKNY at their word that the photos were used in error.

He did, however, ask for his fans to help him raise the additional $75,000 to donate to the YMCA through an indiegogo project.

Humans of New York Continues to Take the High Road

So much anger is out on the Internet over this whole issue that Brandon has made another statement about the situation.  After all, so many photographers have had their work stolen that a lot of people are rightfully very touchy about this subject.

Brandon continues to take the high road and insists he knows his rights but just wants to put the whole incident behind him for his own sake, not to let DKNY off the hook.

Per the Humans of New York blog:

I want to let you guys know I have over 100 letters from lawyers in my inbox. I’ve been fully versed on my rights, and I’ve looked at the facts very closely. I’m not letting anyone “off the hook” for their sake. I’m letting them off the hook for my sake.

I feel like the luckiest guy in the world right now. I do what I love every day. No amount of money would be worth taking my mind off that. Not for a month. Not for a week. Not for a day.

In ten years, I don’t want to look back on this week as some sort of missed opportunity. I’d rather remember it as that time we took something negative and used it as an excuse to send a bunch of kids to summer camp— who otherwise would not have had the resources to go.

Glimpses of a Farm that Once Was: A Photo Collection

Many farms have been turned over to ruin and are only skeletons of their form... 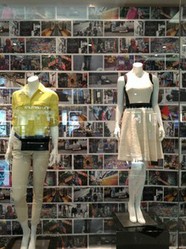 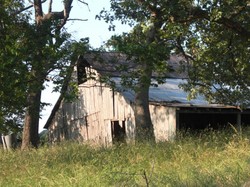 Glimpses of a Farm that Once Was: A Photo Collection

Many farms have been turned over to ruin and are only skeletons of their former selves. View photographs of a farm where time has stood still.
100%  15   11 AbbyFitz
Landscape Photography