Quick Leveling Guide for Dawn of the Dragons

Every game has its tricks to help you play better and Dawn of the Dragons is no different. This leveling guide will help you level faster and get more out of your play time.

Every game has its tricks to help you play better and Dawn of the Dragons is no different. This leveling guide will help you level faster and get more out of your play time without spending real cash on Planet Coins. I'll show you how to get the most out of your energy, stamina, and honor as well as how to keep raids from failing.

This guide is designed for players who are just starting out or who have been casual players and have not learned the depths of the game.

When you first start in Dawn of the Dragons you can spend your stat points without any caps.  For the first few levels spend your points on energy only.  Do this until you can not continually level but must wait for your energy, stamina, and honor to regenerate before you can level again.

Once you can no longer autolevel (level without having to wait on energy, stamina, and honor to regenerate), switch to applying your stat points to stamina.  At this point you'll be needing the help of raids to gain enough crafting ingredients to grow your stat points rapidly.

Dawn of the Dragons is available on Facebook but if you play directly at DawnoftheDragons.com you can still log in via Facebook but you gain the world chat feature.

World chat lets you hit raids from people you aren't friends with on Facebook and share your raids with people you don't know.  This also gives you access to players much more powerful than yourself.

Never try to kill a raid all on your own if it allows multiple hitters.  Also, never summon anything less than Nightmare raids, no matter what your level.

By sharing your raids to the world chat, the hitters more powerful than you will help you finish the raid so that it doesn't fail.  To share a raid to world chat, shift-click on the rally cry button.  Then paste into world chat.

Do not spam your raid.  Once you have shared your raid, wait at least 5 to 10 minutes before sharing it again.  Also, guild raids can not be shared outside of the guild.  Don't post them to world chat.

Just starting out you won't be able to do a lot of damage to most raids, especially nightmare raids.  Strive for something called Fair Share (FS).  Fair Share is found by taking the total hit points of a raid and dividing it by the number of people allowed to hit the raid.  You can also look up the numbers at the Dawn of the Dragons Wiki.

As you begin to be able to do more damage you'll strive for Optimal Share (OS).  This is found at the wiki as well.  This is the point where you get the most prizes for the damage spent.

Do NOT wait until a time is nearly gone to share a raid.  Part of hitting smart is allowing others in world chat to help your raid while there is still plenty of time.

Achievement points, AP, are acquired by completing certain tasks.  Gathering different weapons, armor, and magics are some of the ways to gain AP.  The most common is to hit Nightmare level raids for at least 1/2 of Fair Share damage.

Why do you want AP?   Because AP gives you Planet Coins so you can buy premium armor without actually paying cash into the game.  The two AP grab bags that contain Planet Coins are Peasants' Tribute (costs 100AP) and King's Bounty (costs 10,000AP).

When you are just starting out you'll be struggling to gather even 100AP.  To begin with, save up at least 500AP before buying any bags.

The Peasants' Tribute has several crafting ingredients plus a random chance at 2 to 5 Planet Coins.  The King's Bounty has several armor prizes plus 150 Planet Coins, which are guaranteed after getting each of the unique armor prizes.  HOWEVER, until you are very far along in the game you won't have a chance to reach the initial 60,000AP or so needed to start getting the 150 Planet Coins every time you by a 10K bag so focus on the random Peasants' Tribute until you have played a very long time.

In fact, the number of Planet Coins I receive at random in the Peasants' Tribute have so far come out to more per AP than I would receive with a guaranteed King's Bounty payout.

A guild is one of the few places you can spend honor points.  Join a guild as soon as you can.  It doesn't matter how great the guild is or if they are powerful.  You just need a place to spend honor.  Once you level up a bit and get more familiar with the game, THEN you can move on to a guild that best fits your play-style and personality.

Regardless of if you want to take time to play on a specific day or not, take a few seconds to log in and collect your daily reward.

Every 7th day you receive and Idol of the Devoted.  Four of these idols can be exchanged in crafting for 15 Planet Coins.

World Raids and Event Raids are huge raids that are on timers rather than having a set amount of hit points.  These are summoned only occasionally and last from 24 hours to 4 days, depending on the raid.  There is special loot for these raids.  While new players have no hope of gathering the best loot, these raids are smorgasbords of stat points for you to spend and almost always include some crafted armor that is better than anything else you can get at your level when you are getting started.

World Raids and Event Raids can be hit with energy, stamina, and honor.  Make use of all three to gain the best rewards possible for your character. 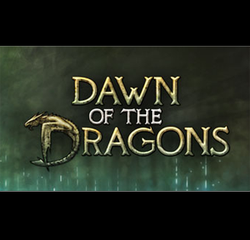