Do I need a centre channel speaker?

This is a common question asked when people are building a home cinema. I have experience with and without and will tell you what I have found!

Sometimes when you're building a home cinema system you can come across a stumbling block. Where do you put the centre channel speaker? If you don't have a lot of room, you might be wondering whether you really need one or not. I have ran my system with and without and this is what I have found..

Although the vast majority of people will tell you things like 'the centre channel is the most important speaker' '80% of the sound comes from the centre speaker' etc etc, which make you believe that the centre speaker is critical to your life, it's not always the case.

How large is your room?

My room is about 3 metres across. For those working in imperial, that translates to about 10 feet wide. I have a projector screen and because the screen is the full width of the room, it is not possible for me to squeeze in speakers either side, so mine sit under the screen. When I built my system, I built it bit by bit as I had the money. I first had the front stereo speakers, I then bought the rear surrounds, then the subwoofer and then as had read all of the guides advising me that I would die if I didn't have a centre speaker, I bought one of those too.

All the way through the process, I would hook up the speakers and calibrate the system. I then used it like that for the next few weeks til I could afford the next part. Getting the rear speakers made a big difference to the system. Getting the subwoofer made a big difference to the system. But the one that really made me excited was the centre. I thought I was going to be blown away by the sound as soon as that was installed. The time came when I could afford it, so I bought it, hooked it up, calibrated and then sat back to listen.

The first feeling was surprise. I could not really tell any difference with or without the centre. I went through lots of films, lots of scenes and lots of different effects and realised that the centre really hadn't made a discernible difference to the sound.

The thing about modern AV receivers is that when you are setting them up with the calibration microphone, they send a calibration sound to each speaker in turn. This helps them to set up delay, output and with some receivers to EQ the sound. If you don't have a centre channel, the receiver makes up for this by making a phantom centre. In other words, the sounds it was going to put through the centre, it puts through the front speakers. In a room of my size, this effect is so good, that the speech sounds like it is coming from the person on screen speaking. The effects pan properly and the overall sound is excellent. If I had realised this in the first place, I wouldn't have spent the money on the centre.

I have since upgraded the speakers to considerably better ones, but now I realise what little difference a centre channel make, I am running without a centre and the system sounds better than ever. If I spot one used, I will pick one up just to complete the set, but I am certainly not in any rush though as I know the difference to the sound is minimal/not noticeable.

Your experience may be different to mine. My room is fairly small and I sit central to the screen, directly in between the front speakers. If you have a very large room, then you may just feel that the centre would help. However if you have a small to medium sized room and just can't fit a centre in, don't worry, you're really not missing out and you can use the money saved to go towards something that really is worth spending extra on, which is the best and biggest subwoofer you can afford. But that is a different topic altogether!

Need to get rid of the clutter of wires that is coming out from your HDTV? Ne... 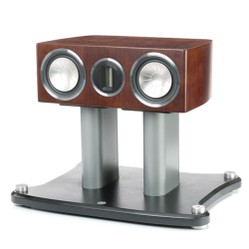 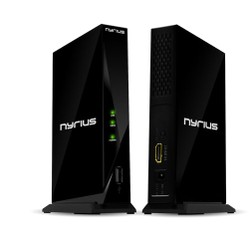 Need to get rid of the clutter of wires that is coming out from your HDTV? Need to transmit HD video from one room to another? You need a wireless 1080p HDMI transmitter system.
Loading ...
Error!