I knew about shotgun houses, but I hadn’t heard about saddlebag or two pen or dogtrot houses. I started doing some reading up on old houses and found some interesting facts.

In my youth in Texas, I had lived in a couple of shotgun houses. The first house I had ever seen that was called a dogtrot house was in the Millard’s Crossing Village in Nacogdoches Texas. I loved the description, being a dog lover, and had to investigate why it was called dogtrot. In the process I discovered a myriad of other early styles of architecture such as one pen, two pen, saddlebag and assorted others. 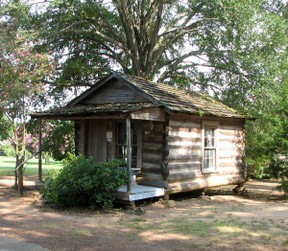 Many settlers built one-room cabins for their first shelter. These are the cabins we always picture when we think of Lincoln or other early settlers Many were of the single pen type – a log cabin generally 16 by 16 feet – the optimum space that a fireplace could heat.

If they were made of plank or brick construction, they were called a Hall cottage.

These cabins have always been popular as a country retreat or a do-it-yourself starter home. They are even more popular now with the Tiny House movement.

A double pen house was created when an additional room was built on the side of a one pen house. There were no doors connecting the two rooms. Both sides had their own door. The chimney also would be at one or both ends of the house. I’ve seen some of these houses in Nacogdoches and wondered about them. I thought they had been built as apartments with the two front doors. Apparently, it was a much older style than that. The theory is, that it in the beginning, it was easier to build a door in during construction than to cut through the log wall which could weaken the structure. If a double pen house has a chimney in the middle, it is called a saddlebag house. Often, these flues were for cooking stoves rather than a fireplace. 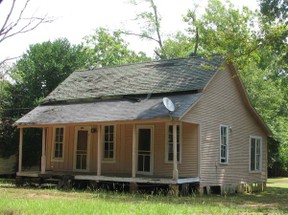 I took this picture of a two pen house in Nacogdoches. It has been updated somewhat as evidenced by the lack of a chimney and the satellite dish on the roof but it retains the two doors opening out onto the porch.

Caring for the Old House

A shotgun house is one room wide and several rooms deep. There are doors from one room to the next with no hallway. Originally, the bathroom was out back, but many had them installed indoors when indoor plumbing came into fashion.

Some have also suggested an African origin of the name shotgun One term,  to-gun, means "place of assembly" in the southern Dahomey (modern Benin) Fon area. Others say the term came from the fact that if you fired a shotgun through the front door, the bullet would pass through every room in the house.

Legend has it that ghosts and spirits are fond of shotgun houses because they can sail right through them. Sometimes the doors were intentionally misaligned to deter these visitors.

They were a popular style beginning after the Civil War until the 1930s. Elvis Presley was born in a shotgun house. They later became a symbol of poverty and many were destroyed to make way for urban development. Lately there has been some interest in preserving and restoring some old shotgun houses. 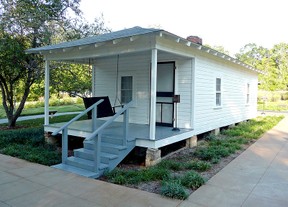 If there is a hallway along one wall of the house and all the rooms open onto it, the house is called a railroad flat since it resembles a train car with compartments on one side 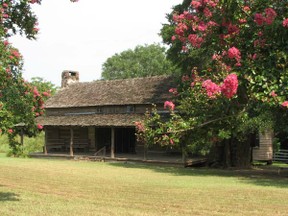 The dogtrot house is thought to have originated in Appalachia and the design brought west with the settlers. Sometimes when they added the second room to a one pen house they left a space between them covered with a common roof and a shared floor. The doors opened onto the open space usually 7 to 12 feet wide. This space caught the breeze and cooled the rooms when the “dog was too hot to trot,” as they said. Sometimes these houses were also called a dog-run, turkey trot or possum trot house. 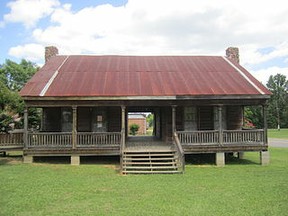 Originally, the windows did not have glass, but shutters for colder weather. The open windows would help with the flow of air through the house. It was a great solution and gave them an extra room during the milder months. The fireplace was almost always at one or both ends of the house. One room was for sleeping and the other was for cooking and dining. The central open area was a perfect place to sit and enjoy the cooling breezes. This configuration is still being built today in warmer climates.

There are many other styles of old houses around. There are cape cod houses, adobe houses, and creole houses just to name a few. These are just the ones I've seen in my hometown of Nacogdoches, Texas but I'm sure there are plenty I haven't discovered yet.

Mmmm probably not so much.

I loved reading about these old houses! They are so well suited to the warmer weather down south. I don't think they'd work in Canada, though.

Flat surfaces? You have flat surfaces? I can't find mine. I don't consider myself a pack rat - I'm an ARTIST! Ha.
Just be sure your doors are not aligned in your shotgun house.

Go for it! I've decided I want a dogtrot house. I love the breezeway. Now how can I do that with two campers....

I love log cabins. It's really nice vacationing in them. One day I'm going to build myself a log cabin.

"Buck dancing" and "Flat footing" are solo dances. Even if several people da...

The Shakers were pacifist, but it didn't keep one of them from being murdered. 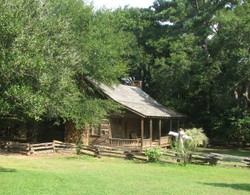 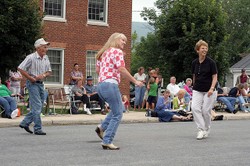 "Buck dancing" and "Flat footing" are solo dances. Even if several people dance together, each one dances according to his own style.
44%  3   5 Ragtimelil
Early America 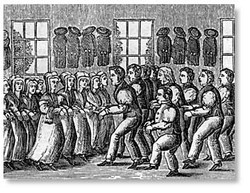 The Shakers were pacifist, but it didn't keep one of them from being murdered.
Loading ...
Error!