I decided to give this company a try a month ago. Read to find out why I recommend it.

Business Description: Online store featuring razors and other shaving supplies. Members pay a monthly fee to receive a shipment of replacement razors every few weeks. The fee is based on the type of razors you order and ranges from $1 (plus shipping) to $9 (shipping included) plus any additional supplies ranging from shaving butter to lotions you choose to purchase. 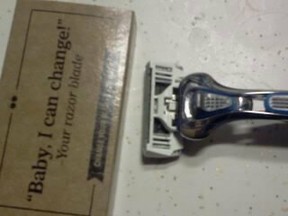 I’m pretty careful with my money and rarely rush into a purchase. That’s why, when I first heard of this particular company a few months ago, I didn’t think it would be something I would end up joining.

However, my beard grows in quickly and thick and, because of that, it is really hard for me to find a decent brand of razors. While I have found some that do work for me, the more affordable ones are no longer readily available around here and the others are just too expensive. So, when I once again came across an advertisement for this company last month, I decided to give it a try. And, as it turns out, it was a good decision.

My original plan when I joined the Dollar Shave Club was to stick with the most affordable razor option. However, when I saw their higher-end, 6-blade option, the Executive, was only $9, I decided to sign up for that one instead. This razor, from the picture, looked a lot like the razors I used to buy from another brand and loved. And, the Executive razor/blades were about $6 less.

I received my first shipment of razors, complete with the handle, a few days after joining and immediately became hooked. The razors were every bit as good as I was expecting them to be. The Executive was sturdy, offered a little flexibility when shaving (making it easier to get the hard-to-reach spots) and the 6-blades gave me a really close shave without pinching. In fact, I think this product was as good as the brands of razors I would normally have to spend nearly $20 on.

Another thing I liked about this company was how it does have a wide range of other items I can try. I’m not big on shaving creams (it’s just faster to dry shave) but they have some items I might be interested in trying and I even saw some things my wife might enjoy. And, they were all reasonably priced.

I think the best part of this company is the fact I didn’t have to commit to a contract with them. This was a concern when I first signed up because I wasn’t sure what kind of quality I would be getting. Even though it turned out to be a good decision and I do plan on keeping my membership, it is nice to have the option to quit at any time, just in case the quality starts to disappear or they become too expensive.

I honestly had my doubts when I first signed up for this company. But, after getting my razors, I’m convinced it was a great decision and is something I would recommend if you are looking for quality razors and don’t want to spend a fortune.

StevenHelmer, Thank you for practical information, pretty pictures and product lines.
It's always welcome to hear about a company that has a quality product that can be delivered straight to one's door. Is the company producing a product that only can be used for shaving faces?

Would the company happen to be involved in recycling the spent blades? In other words, would they offer a pick-up of used blades along with delivery of replacements? 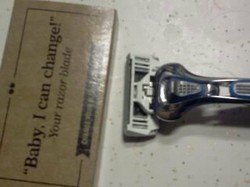 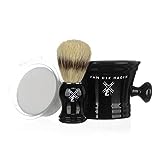