A Droll Yankees Squirrel Flipper is considered one of the better Squirrel Proof Bird Feeders. Is it?

Loving feeding birds as I do, I'm constantly being harrased by the book keeper of our household, (that'd be my wife) to slow down on buying so much bird feed, but, darn it all those birds are such a wonderful addition to our backyard that it's pretty hard to just cut them off.

I do admit though that I am spending way too much. A couple of reasons for this:

(Or Keeping My Wife Happy)

So, I've pretty well determined that the hordes of sleek, fat squirrels that abound in the neighbourhood didn't get looking that way by scavenging for food the way Mother Nature intended. No, just like the bears that learn the food comes easier in a poorly tended garbage can, then these little guys have figured out the pickings are good in my backyard, as every day they empty out some bird feeders, then next some poor sap has filled them up again.

That poor sap would be me it seems!

A little observation and a mental calculation quickly allowed me to conclude that roughly 1/3 of the bird seed I bought was ending up in the squirrel's hiding spots. With a 50lb bag of good quality seed costing me upwards of $40.00, and considering I have to buy a couple of bags a month, it didn't take a rocket scientist to figure out I should be looking for some unique bird feeders that would thwart the little pests. But what to buy? There are so many choices.....

Once I started doing some online research on the best type of squirrel proof bird feed to buy, It appeared to me that there were two distinct types of feeder, in terms of design & functionality. Both use a weight activation system to operate, but with diferent actions and results.

Weight Activation
The typical weight activated system uses a mechanism to distinguish between birds visiting it, or squirrels, simply by measuring their weight, usually by  some form of spring loaded platform. These work by setting a desired weight on the spring, so when a bird, who weighs very little, lands on it, nothing happens.

However when a squirrel lands, it's of course a lot heavier, and trips the spring loaded mechanism into one of two actions.

Definately the simplest of the two methods, this commonly works by having the perch that the birds or squirrels land on, move downwards when a heavier squirrel lands on them. This action will cause the feeder to cover off the feeding ports , thus denying access to the squirrel.

Motorized
Using the same spring activated mechanism, the motorized version usually involves some form of battery operated motor that slowly spins, with an ever increasing speed. Squirrels are pretty good at hanging onto things, but even they will succumb to the spinning & will be "flipped" off.

The Choice Was Easy

It's just too comical

Though the model that closed the feeding ports off when a squirrel landed is probably very effective and certainly looks trouble free, as it has no motors, batteries etc, the Droll Yankees Squirrel Flipper was my pick, not so much because of it was any more effective than the ones that closed the ports, but simply because it was so darn funny to watch.

We have it hanging in some trees at the rear of the yard, from where we get a clear view from our patio doors, and these little beggars give us, (and the grand children) hours of entertainment.

By my calculation we'll have saved the cost of buying this Squirrel Proof Bird Feeder in just one summer, as conservatively we'ved halved our bird seed purchasing costs.

And had hours of entertainment to boot...

I Need a Bigger Birdhouse

I really didn't expect any birds to be drawn to such a tiny birdhouse, but it...

Winter is hard for our little feathered friends. Help them out with a cheap b... 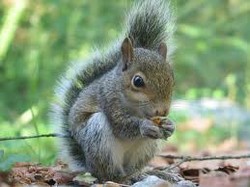 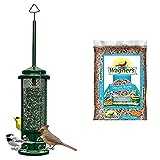 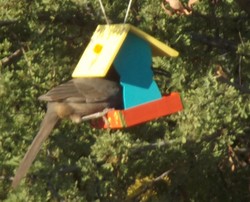 I Need a Bigger Birdhouse

I really didn't expect any birds to be drawn to such a tiny birdhouse, but it's been quite popular. But it looks like I need a bigger birdhouse.
100%  16   9 JoHarrington
Bird Supplies 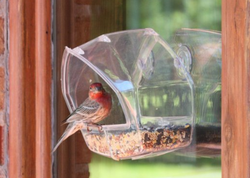 Winter is hard for our little feathered friends. Help them out with a cheap but wildly popular bird feeder. Birdscapes Clear Window is a best-seller on Amazon!
Loading ...
Error!