Are you really sincere when you smile at someone? Did you know that your sincerity can be tested with.........electricity?

While surfing the web one day, I came upon this picture. It looks as if those two men are inflicting horrible pain on the poor old man. I knew with a picture like that, there had to be a story behind it.

I thought I was going to discover that the old man was a criminal and was being punished for his deviant deeds.

What a surprise, though, when I learned that the picture was actually the product of research done by a brilliant doctor who was far ahead of his time.

In the early days of medicine, there was a fine line between the two. 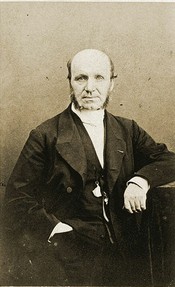 Even though Duchenne became a great neurologist by the end of his life, his beginnings were pretty humble and nondescript.

Guillaume-Benjamin-Amand Duchenne was born in 1806 in the northern French town of Boulogne. While his family had been sailors for generations, Duchenne wanted to buck tradition and study medicine in Paris.

His father was incensed that he wanted to become a doctor. At that time, the late 1820's, modern medicine was in its infancy. Having a son go off to university to become a doctor seemed ridiculous to Duchenne's father, especially when he had a ready-made career there in Boulogne. Instead, he demanded that Duchenne become a sailor, just like the other men in the family.

In the end, though, Duchenne's love of science was greater than his family ties. He traveled to Paris and enrolled in the medical university and graduated a few years later in 1831.

Through his medical training, and later his own practice, Duchenne became interested in one the relatively new branches of science called "electropuncture".

Even the word sounds painful.

In treating patients who had facial palsy, he observed that when electricity was applied to certain parts of the face, it would make a specific part of the tissue jump and move. He was fascinated how muscles and nerves seemed to be connected.

In particular, he became interested with the facial muscles and their relationship to emotions. At the time, there was a belief that one's outward appearance reflected what was truly in the heart of a person. Duchenne wanted to see if he could replicate "true emotion" in a subject.

Call it an emotional lie detector test if you will.

Okay, Who Wants to be Electrocuted?

Everyone was fair game in the early years of modern medicine. 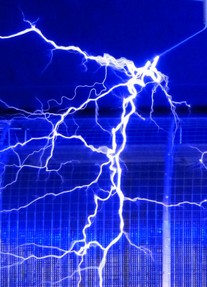 In the late 1850's, Duchenne began his experiments to prove that the human face could, indeed, mirror what was in one's soul.

It was not uncommon at that time in history that experiments would be carried out on cadavers. However, studying how a body's nerves and muscles react when electricity is applied proved to be problematic on a stiff.

He was able to obtain a few fresh cadavers and conducted some of his experiments on them. He wasn't happy with the results, though, because, really, it's kind of hard to make a dead man smile.

He then turned his sights on his patients. Duchenne specialized in neurological disorders, particularly muscle paralysis. Five of these patients became his test subjects. There was one other subject he used who had actually volunteered to participate.

You say you want to electrocute my face? Sure, no problem!

I'm not sure I would have signed up for that clinical trial.

Duchenne was also fascinated with a new medium: photography. He felt that the study of medicine could be enhanced by photography and he used it eagerly.

In Duchenne's facial experiments, though, he was disappointed in the fact that photography could only capture a moment in time during his testing. He thought that his theory would be better demonstrated by moving pictures. Duchenne definitely would have been at home in our world today.

Want to Know More About this Experiment?

Duchenne published his findings in 1862. It's still relevant today for anyone interested in medical history or the study of facial muscles.

While looking through some of Duchenne's pictures, it amazed me that he actually experimented on children.

In 1860, the typical exposure time for film was 1-3 minutes. I can't imagine even as an adult sitting there calmly for three minutes as an electrical probe shocked my forehead, let alone make a child sit still for it.

Maybe that is why he seems to be trying to reproduce a frown on this little girl. It certainly does seem that it is sincere and coming to her naturally.

In this subject, Duchenne is trying to replicate seduction and desire that women can convey with their facial expressions.

He was interested in exactly what muscles are used when a woman is giving a man that "come hither" look.

In his writings, Duchenne would often pen little stories to go along with the pictures to create his own vignette. This scene he supposedly sets in the woman's bedroom where a man walks in and catches her as she is undressing.

I've got to hand it to her, she's more woman than I could ever be. I don't think I could look like I was in the mood when I was half naked in a room full of men with electricity pulsing through both of my cheeks.

This happy gentleman below is Duchenne's favorite and most used subject displaying what would come to be known as a "Duchenne smile;" that is, an honest, sincere smile.

This man - unluckily so for his part - was a favorite of the doctor's because he suffered from a facial neuralgia. Luckily for Duchenne, this meant that he could submit the poor old man to as much electricity as he wanted during his tests and his subject could never feel it.

But Duchenne's subjects didn't have their faces electrocuted just for the sake of the doctor's curiosity. Duchenne did learn something useful that he was able to share with us through his writings.

Believe it or not, we use a completely different set of facial muscles when our smile is sincere than when it's fake. A true smile uses specific muscles around the eyes, and a fake smile doesn't utilize these muscles.

It's so hard to fake a genuine smile, that it is believed that only 20 percent of the population is successful in fooling the rest of us.

He tried to replicate the gamut of human emotion in his subjects' faces.

Do These Pictures Speak to You?

In the off chance you find these images intriguing, consider purchasing them as artwork for your home.

Not Really into Horror Decor?

Why not give a Duchenne to your closest friends instead?

If the technology had been available, Douchenne would have filmed his experiments. And with his flair for theatrics, I'm sure he would have set it to music, too.

He pioneered medical procedures and discovered a form of muscular dystrophy.

Duchenne wasn't all about inflicting pain on others in an attempt to prove his theories. He was a serious medical doctor who helped pave the way for physicians today.

If you've ever had a biopsy, you can thank Duchenne. He was the first doctor to do biopsies on patients. He even invented the tool that physicians still use to perform biopsies today, which is called Duchenne's trocar.

Duchenne's experiment began with his patients who suffered from neurological disorders. Through his practice, he observed a particular muscle weakness in 13 young boys, which he recorded in his medical writings. In later years, it was learned that the boys suffered from a form of muscular dystrophy. The disease is now called Duchenne Muscular Dystrophy in his honor.

I Want to Read What You Have to Say!

Share what you're passionate about, entertain your readers, and make a little money as well.

Have you come across something you found interesting? Do you think others might enjoy reading about it?

Why not join Wizzley and tell your own story? I'd love to read it!

Those 20 percent are probably politicians. I agree, fake smiles are freaky.

Thank you! I need to check out your board. I've seen where you've pinned some pretty interesting stuff there.

This is being pinned to my Wizzley Writing Board.

I know. Is it bad I think it's interesting? I hate to know people suffered to find this stuff out.

Goodness! Strange hardly covers it! Those photos really look more like torture than making people smile. I'm glad to learn that he was actually a scientist, and didn't (at least intentionally) actually harm anyone!

Thank you! I've heard that too. I'm not sure I'd want to know I had to go through it though. I had to have a TENS unit put on my arm once. I couldn't stand my fingers moving on their own. It felt gross lol

Thank you! I'd never heard of it before. I'm not sure I even know how to pronounce it lol

Yes they would. Thanks for reading!

I thought it was strange too. You wonder how ideas are born in people's heads to think of things like this.

This is fascinating. Electromedicine, from what I've heard, can help in certain conditions though. Great article. 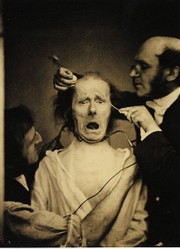 The Mechanism of Human Facial Expression (Studies in Emotion a...
16%  1   2 tirial
History 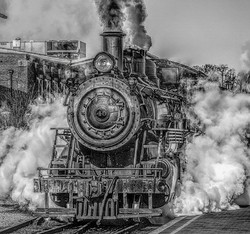 Designed by Isambard Kingdom Brunel, the Great Western Railway was designed to be one of the fastest of its time. it was joked that GWR stood for God's Wonderful Railway.
84%  4   5 LiamBean
Engineering