Elementary OS - The Most Beautiful Windows Alternative From Opensource World

If you are sick and tired of windows never ending troubles, stay tuned and read about most beautiful alternative operating system - and for FREE.

As most people on the planet, I have been a Windows user for decades. I have been struggling with giant operating system, suffering from everlasting boot sessions, slow software launch and dealing with fresh OS installation twice a year. I thought there is no other way and that it is how things supposed to work.

As I decided to get rid of Windows OS forever, I had to find the next best solution for my personal use. I have been stumbling trough the forums and internet pages in search for some advice.

Where ever I went I have been introduced with Linux distributions such as Ubuntu and Linux Mint.

There was other propositions too, but only occasionally...

I have decided to skip Ubuntu and didn't even think about installing it as my OS. Something just pushed me away from it, and I don't know exactly what it was. It just didn't felt right.

But, I liked what I saw and read about the Linux Mint and I decided to give it a try...

I was so convinced that it was good, that I decided to put it straight in to my Hard Drive and avoid running it from USB drive.

Linux Mint stayed on my PC for just a few weeks. Although it is a great OS, I wasn’t able to make it work for me. I was a Linux newbie and I wasn’t sure what I was doing. Mint was serious OS, loaded with a lot of software straight out of the box. It was a little slow (but still faster than Windows) and did not meet my expectations.

Soon, I was back on my quest for next best solution.

I stumbled across Elementary OS by accident. I think it was some forum that lead me to it. Again, I liked what I have read and I decided to try it out. This time I created a bootable USB and fired it up. I was welcomed with a beautiful splash screen. But it stayed on my display just a few seconds and I was in.

Just like that. I had a fully operating OS booted up and ready in matter of seconds.

And the looks of it - best I have seen so far!

I started running app by app, and I was really impressed with the speed they all started. Stock apps provided all the basic stuff that average user need and they looked and worked just fantastic.

I was caught... That was exactly what I wanted... My next click was pointed to the button offering to install Elementary OS to my HDD

What does Elementary OS offer

The simple answer would be: astonishing speed and elegant simplicity!

The creators of Elementary OS have worked hard to provide fast, reliable and yet beautiful and unique operating system. And they have done a great job.

Just what the average home user need. Nothing complicated or unneeded.

All the apps have beautiful minimalistic design, that offers great functionality.

If those applications are not enough for you, it is possible to install a whole variety of third party applications. It can be done using Terminal or via Software center that is something like Android Market or Windows app store. All you need to do is select what you want and click Install. Some of the apps you might want to add via Software center are i.e. LibreOffice (Free MS Office replacement) or Skype.

The only real shortage is lack of Windows based software support, but that is the case for all the Linux distributions.

Some of the Windows software still might be used via Wine app, but not all of them will work as they should.

Because of that, the Elementary OS is not the best solution for business,especially the ones using serious software like AutoCad, SolidWorks or even Photoshop.

Although there are free Linux based alternatives for software mentioned, I have not tested it my self so I can not make any recommendations.

It is up to you to test those solutions if you ever need them.

Elementary OS is a great solution for personal, home use. It has all the applications that average user might need. It is fast, reliable and great looking. It is virus secured, as there is not much viruses that can hit any Linux OS, so you don’t need an anti-virus software.

No fragmentation, no glitches, no stress...

After a few months or, some say years, Elementary OS will work exactly the same as the first day it was installed.

And it is FREE!

Should You Upgrade To Windows 10?

Windows 10 finally came out! But... Should I really upgrade it? Will it crash... 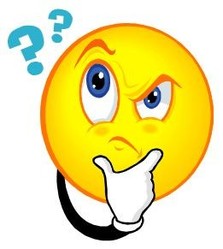 Should You Upgrade To Windows 10?

GIMP is a free image manipulation program which can be intimidating at first, but is an excellent and free alternative to other software such as Adobe Photoshop.
Loading ...
Error!