English Phrases and Their Origins

Have you ever wondered about the origins of some of our common - and not so common - English phrases?

The English language is rich and full of odd little sayings and expressions, some old, some new. The language continues to evolve and changes as time goes on. Although it originates from Germanic languages, it has been influenced by the Latin invaders, and later, the French. This is a whistle-stop (this one originated in the United States, meaning to visit a number of places in quick succession) tour of some of them, some well-known, some no longer in common usage.

A Fate worse than death

This phrase is believed to have been first used, or, at any rate, brought into common usage, in Tarzan of the Apes written by Edgar Rice Burroughs, where the ape had thrown Jane across its shoulders and “bearing Jane Porter away toward a fate a thousand times worse than death.”

In its original usage, it was often used as a euphemism for rape, but its literal meaning is any fate that would make life unliveable.

This simply means something causes great distress or ruin to someone.  Nowadays, we tend to use it in quite a casual sense, as in, “That rude shopkeeper is the bane of my life,” or something similar, but the original meaning of the word bane, which originated from Middle Englishwas a killer or murderer, of poison. 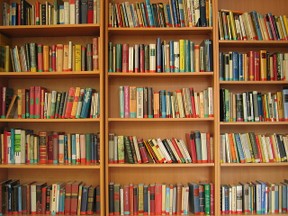 Daft as a Brush

How can a brush be daft?  How indeed.  There are mixed views on the origin of this saying, some people say it was originally “as wet as a brush” and came from the days of matelots swabbing the decks.  Others say if comes from the tail of a fox – which is called a brush.  Gary Martin, www.phrases.org.uk, says that the earlier version of the phrase was “daft as a besom,” a coarse brush made of twigs.  Over time, it changed from besom to brush, presumably when besoms became less popular.

An expression that I’ve grown up with that means to urge someone to do something.  It seems that this expression is a corruption of the Norse “eddja” which means to urge.

I think this is a wonderful expression, although it’s not something I’ve heard used except in television programmes.  We didn’t get potatoes here in the UK until the middle of the 16th century; before that other root vegetables such as parsnips and turnips (not swede as they didn’t come to the UK until the 1800’s) were the “bulk” vegetable.  They were spread with butter, which, apparently, disgusted the French.  I can’t imagine way, if they are just boiled, I think a bit of butter makes them taste better, but I digress.  It seems that the expression stems back to the 16th century and means fine words or flattery don’t achieve anything.

This is another of my favourite expressions although not used commonly today.  I first came across it when I was watching a period play as a child, and have thought it was marvellous ever since.  It means “God’s hooks,” as in the nails on the cross.  Back in the day (in the 17th century or thereabouts) it was considered bad form to use the word God, so Gad was used instead.  There were lots of words or expressions preceded by Gad.  Gadzooks was originally two words – Gad zooks – but latterly one word.

A nautical term that means a ship or boat is firmly beached on the shore.  It was certainly well in use by the 19th century, and means adhered to without debate.

If wishes were horses, beggars would ride

It’s self-explanatory in meaning, and originates at least as far back as the 17th century.

This phrase means that someone is a bit of a chancer, or, as we would say down my way, a “wide boy.”  It’s known as far back as the 19th century but no-one seems to know who Jack was.

Simply meaning to keep back your resources until they are needed, this refers to soldiers keeping their gunpowder dry until they needed it.  19th century uses cite the full expression as, “Trust in God and keep your powder dry.”

This phrase means that something is made a figure of fun or ridicule and dates back to the 16th century.  The stock is something solid that things can be affixed to, a bit like a butt as in “butt of a joke.”

Mad as a hatter

Nowadays, this means insane, although may have originally meant angry.  The origin is quite simple, mercury used to be used in making hats.  Mercury is a neurotoxin that can cause various effects, depending on the amount of exposure, but includes tremors, seizures, hair loss, difficulty walking, muscle weakness and speech difficulty.  Lewis Carroll refers to a mad hatter in Alice’s Adventures in Wonderland.

Nail One’s Colours to the Mast

To make one’s beliefs or opinions clear, to hold onto those beliefs until the end.  This expression arises from the fact that in the 17th century, when ships were powered by wind and sail.  Flags were used as a means of communication, as well as signifying the country of origin of a particular vessel.  Colours are a type of military or naval flag to denote the squadron (or whatever the term for that country or service).  It was common practice to fire the cannon to the mast of the ship to disable it so it could no longer participate in battle, however, sometimes, the Captain would fight on, so the colours would be attached to whatever remained of the rigging thus, nailing the colours to the mast. 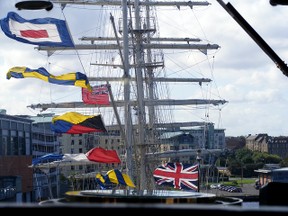 Offing, In the Offing

Meaning imminent or likely to happen very soon, this is another expression that has a nautical origin.  Unsurprisingly, I suppose, for an island nation.  The offing is the part of the sea that can be seen from the land, but not the part that is just by the shore.  So, if someone was watching for a ship to return to harbour, they would first see it in “the offing.”

I’ve always used this to mean that I’m going to go out and have a wild old time, good fun and enjoy myself.  Other definitions say that it means to go on a wild spree.  It apparently originates from 1837 when the Marquis of Waterford and a group of his friends ran riot in the town of Melton Mowbray (of pork pie fame) in Leicestershire, painting a number of buildings and the town’s toll bar with red paint.  Apparently, this type of behaviour would have been expected of the Marquis, who was known to his friends as the Mad Marquis.  I rather suspect he’d get an ASBO nowadays.

This is a 19th century term denoting an imaginary street where people live in difficulty.  It is sometimes used to refer to being in debt, but that is not its exclusive use.  It is often associated with Carey Street.

Meaning to mentally torture oneself to remember something or to understand something.  The rack was a medieval torture device (I actually believe it to be an early form of osteopathy, but that may just because of how I feel when I leave my practitioner) which stretched the body and then, apparently, tore the limbs off it.  Thus, rack became a term meaning to cause pain, and was used by Shakespeare in Twelfth Night.

To depart hastily, from the Italian “scappare,” meaning to escape.  It’s been used since the 17th century.

Talk of the Devil

Talk about someone and they will turn up unexpectedly.  Back in the 17th century, it was it was believed that it was dangerous to talk about the devil, although the phrase seems to pre-date that.  It was an expression to stop people mentioning the devil originally. 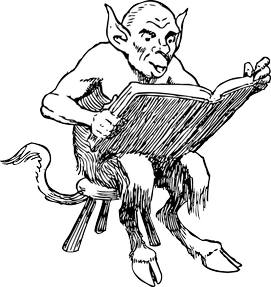 Up the Apples and Pears

This is Cockney rhyming slang for stairs.

This one is pretty self explanatory, old dogs and old people can’t be taught new things.  It’s known of being in the language since the 16th century.  It’s not true, by the way, it’s just harder to teach old dogs new things.

Thank you! Really pleased you liked it.

Hi, Telesto! Great post! I love learning words and read the dictionary from time to time. Some of the words/sayings I've heard of, but others were quite new. Thanks. :)

Thank you Frank! Your comments really mean a lot to me.

This article only have been done with careful research. Thankyou. As one who teaches English this is a help.

Always wondered why they called then dun letters

Are they still? Wow.

To be in Carey Street/in Dun Territory. Letters and emails chasing payment of overdue invoices are still referred to as 'dunning letters' in some companies. 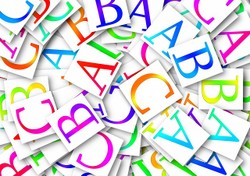 In the Shadow of the Alabama: The British Foreign Office and t...
100%  32   21 Jeannieinabottle
Meaning of Words

It is funny how phrases or words go in and out of style for no real reason. I argue there are some words that are so great, we need to bring them back.
100%  14   9 Mira
Meaning of Words

Forty-three popular Romanian expressions, most of them funny and some of them irreverent, to delight speakers of English. I've also made some mugs with these phrases.
Loading ...
Error!