The French Revolution inspired English radicals to dare to fight for reform. Their weapons were a new literate artisan class and the printing press.

In 1789 England was ripe for reform. The loss of the American colonies and the impact of the French Revolution had left middle class dissenters dreaming of a better future. Influenced by French Jacobin ideals, the printing press was used by literate radicals to fight for parliamentary reform.

The written word during this period played a crucial role in the dissemination of radical ideas. People who were discovered reading, discussing and distributing such tracts were at great risk from arrest by a government determined to prevent social upheaval.

A Place to Exchange Radical Ideas

Corresponding Societies were groups of men and women who met to exchange political ideas and discuss radical political aims.

The London Corresponding Society (LCS) was made up of working men of the artisan class - i.e. shoemakers, clockmakers, tailors, etc. Founded in 1792, at The Bell public house in Exeter Street, the main aim of the Society was to gain universal suffrage, parliamentary reform, and equality for all whatever their status. To this end they read the radical literature of the day, held formal discussions and, in so doing, educated themselves.

Societies like the LCS sprang up in provincial towns such as Sheffield, Birmingham, Manchester and Leeds. Democratic journals such as the Manchester Herald, Cambridge Intelligencer and Leicester Herald would have been circulated.

New, higher standards of regional journalism evolved, no longer dependent on London publications. Joseph Gate, publisher and editor of the Sheffield Register achieved a circulation of 2,000 weekly by 1794 – a high figure for those days.

Not far from The Bell another group of radicals met regularly.

In the shadow of St Paul’s Cathedral lived bookseller and printer Joseph Johnson. His home was a meeting place for the leading radical and dissenting writers and artists of the period, including William Godwin, William Blake, Mary Wollstonecraft, Richard Price, Tom Paine and William Wordsworth. 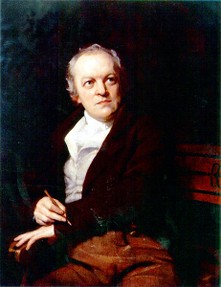 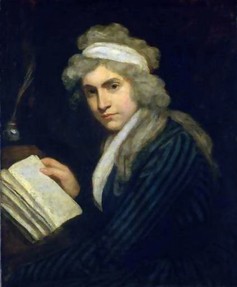 Johnson befriended these people, printing their pamphlets and books. He published Mary Wollstonecraft’s book, Vindication of the Rights of Women, encouraging her to earn her living through writing.

From this diverse group would emerge Tom Paine's Rights of Man which would take its place with John Bunyan’s Pilgrim’s Progress as a watershed in working class literature. Paine granted permission for cheap, abridged versions of the Second Part of his book to be printed, its brilliant journalistic style and flair endearing it to artisan and poor alike.

18th Century Newspapers and Their Influence

Newspapers were expensive, but individual corresponding societies would have clubbed together to buy a paper and read it between them. Working men in quiet workplaces, such as tailors' shops, would contribute to the cost of a paper, one workman reading aloud whilst his companions did his work.

By the end of the American War of Independence London had nine daily newspapers, selling over twelve million copies a year. For those who could not read, they were read to by others. Literate working men and women would read to their families. In many alehouses publicans employed a reader who would relate choice pieces of news from the daily papers.

In these ways, both radical and conservative ideas spread across the country and were compared and discussed.

A radical working class readership was emerging. As a result, the ruling class was concerned enough to ensure that the laws against sedition were stretched and the newspaper tax was increased. Newspapers loyal to the Crown received a subsidy from Secret Service funds. The Diary and The Times were two papers that received substantial amounts in this way after the storming of the Bastille.

In 1792 a Royal Proclamation Against Seditious Writings was issued and in this same year a warrant was issued for Tom Paine’s arrest. With the help of William Blake, Paine fled to France.

From then on it became dangerous to even mention Paine’s book. Anyone found reading Rights of Man or mentioning Paine in conversation would automatically be charged with treason.

Despite such precautions, Rights of Man was smuggled to working people all over Britain by various means, including by pack horse and disguised as sweet wrapping papers.

Three members of the London Corresponding Society stood trial at the Old Bailey on 28th October, 1794. They were charged with treason because they had organised meetings encouraging people to disobey King and Parliament. A “Not Guilty” verdict was returned for lack of evidence. Others were not so lucky. 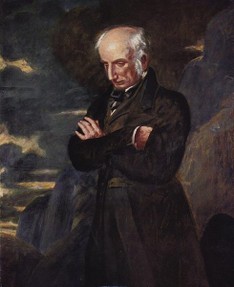 Even William Wordsworth (left) , despite his ultimate rejection of French revolutionary ideals, had his own personal spy, a poor creature who followed him around the Lake District for many months, eventually giving up on William.

However, he did send back a despatch saying he had overheard Wordsworth discussing a fellow known as "Spy Noza", a reference to the philosopher Spinoza...

The French Revolution lapped onto English shores, never reaching the heights of violence that King George III feared. Even the radical corresponding societies came to an end as a result of arrests, censorship and intimidation. Publicans who allowed the reading of radical newspapers on their premises were threatened with closure.

However, the availability of easily accessible, cheap printing and the emerging of a new radicalised working class meant that the spread of subversive ideas could never be totally repressed.

The Making of the English Working Class by E P Thompson (Penguin, 1984)

The Making of the English Working Class by E P Thompson

I love this period in history, especially since it proved categorically that the pen is mightier than the sword.

During the French Revolution of 1789 popular songs were vital to lifting the...

One of the most radical books ever published in Russia, “A Journey from St Petersburg to Moscow” exposed the divisions in society under the reign of Catherine the Great.
28%  0   4 KathleenDuffy
Age of Revolution

During the French Revolution of 1789 popular songs were vital to lifting the spirits of the sans-culottes, or working poor, of Paris.
Loading ...
Error!