Wildlife watching is a widespread recreation among people of many countries. In Central India, the main focus is on the tiger and birds that inhabit the numerous reserves.

Central India or the State of Madhya Pradesh is well known for its dense tiger forests. This is where the tiger makes its last stand in India. The forests are also home tour amazing winged creatures the colorful birds.

The popular National Parks receive a lot of visitors from around the World and India. These enthusiasts visit the destination in search of big cats, other enchanting animals, and birds. Hence they get a double benefit of watching wild animals and birds on one visit. These National Parks or reserves have a well-organized tourism infrastructure with easy access. The destinations are perfectly capable of hosting overseas visitors with variations in cuisine and accommodations. The guide and naturalist service also enhances wildlife interpretations and bird watching activities. 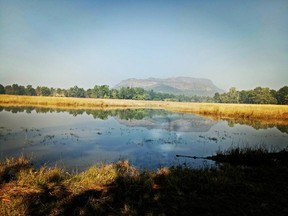 Central India or Madhya Pradesh is located in the center of the country hence the name. In earlier days the region encompasses a larger area and included Nagpur now in Maharashtra and Chattisgarh which separated recently and is now a State.

Madhya Pradesh or MP is the second largest state in the country and comprises an area of 300,000 sq. km plus.

A unique feature of this region is the large number of forests which are prime sources of minor forest produce especially timber like teak, tendu leaf, chironji, Mahua, lac, and so on. Although restrictions are placed on the exploitation of these resources nevertheless they provide livelihood thousands.

The state comprises forests, grasslands, river and wetland ecosystems, and thorn or bush forests. The dense forests of Sal trees, Teak, mixed and bamboo are in majority. Some of these forests have been notified as protected areas or PAs. The notified regions comprise of an inviolate core and a multiple-use area in the outer ring called a buffer. 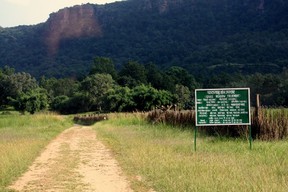 These PAs are popular for tiger tourism and birding and receive a large number of wildlife enthusiasts and birders. There are other destinations like wildlife sanctuaries in MP which are home to birds and animals and receive visitors albeit in smaller numbers.

Some of them are:

MP has many more sanctuaries receiving the various degrees of protection and visitors. 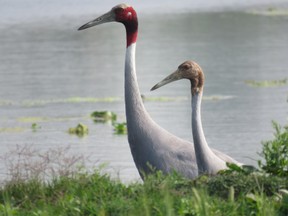 Tiger sighting is good in the six National Parks And Tiger Reserves in Madhya Pradesh. For tiger safaris, a permit is required and excursions are permitted on open jeeps and canters. The rides are organized during the early morning and noon. Full-day safaris are also available.

Other animals seen are the Central India Mammals like the leopard, sloth bear, wild dog, bison, deer species, and antelope. Among primates, rhesus macaque and gray langur are common sights. The reptiles are elusive but with luck, one can see the python, rat snake, cobra, and pit vipers.

Among the avian, these destinations contain more than two hundred species which is augmented by winter visitors. Among the targeted avian species are the Indian skimmer, lesser florican at Sailana Sanctuary in Ratlam, and Sadarpur Sanctuary in Dhar District. Great Indian Bustard was found in Karera Bustard Sanctuary near Shivpuri. It has not been sighted for long. 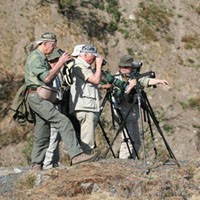 The best way to visit the National Park or Tiger Reserves is an organized trip whether solo or in small groups. Large packages with fixed departures and itineraries are also organized by tour operators in India.

There are companies that organize wildlife tours in Central India for tiger and birding. These safari tour operators also offer packages with expert guides and naturalists. Hence these are called guiding safaris as well. The packages are safe and economical.

For other destinations like wildlife sanctuaries, the DFO or Divisional Forest Officer should be contacted as the tour operators may not be catering for WLS. The travel arrangements could be made using travel agents services situated in Madhya Pradesh.

Thanks for interesting observation.

pateluday, Thank you for the pictures, practicalities and products: the tiger leggings are stunning!
Does the gharial appear in ancient subcontinental artwork as the makara vehicle of the river goddess Ganga?

They are completely closed but will open after a month or so or next season after monsoon.i.e in october. Waiting for this pandemic to go away.

Are these places open now? Here much is closed due to the pandemic.