The office Christmas party can be a great time to let your hair down and socialise with your work colleagues, but it is also the place where office politics can play themselves out in unusual ways. Many a career has faltered due to a mistake in etiquette at the annual works bash. Here are some guidelines on what is acceptable.

Some people love office Christmas parties while others positively hate them. To many, there is nothing worse than socialising with the people with whom they work. Work and social life are two separate worlds that need to be kept apart. Others see them as an opportunity to catch the boss’ eye or even, maybe, get off with the person from accounts.

Whatever camp you fall into, the big no-no is missing the party altogether. The powers that be expect all their employees to turn up come what may. Plus, office parties tend to be the main subject of chat for weeks if not months after, and you have to have been there to join in.

That said, once there, it is important to follow some golden rules. Doing the wrong thing at an office party can be as bad if not worse than not turning up at all.

The one big golden rule is do not get too drunk. Yes, the office party is a traditional drinking binge but alcohol can also make you do inappropriate things, like ending up in bed with the wrong person or even giving you the courage to tell your boss what you really think of him or her. Unless you really want to be looking for a new job in the morning, keep your alcohol intake to within limits you can handle. It might even be an idea to pretend to be a little drunker than you are to give you an excuse if you want to cross some limits without too many repercussions.

Be careful of what you wear. An office party means you do not have to follow the dress code of the office but that doesn’t mean there is not a dress code. If this is your first party at this office, check out the photographs from last year. See what is acceptable, see what is the norm. Some parties encourage outlandish clothes or even fancy dress, others expect the smart casual look. Getting this wrong can be a disaster.

Do not show off. Do not see the office party as an opportunity to make yourself known. It is fine to socialise, mingle and chat with others, even those higher up the ladder, but do so in a non-pushy way. And never see this as the moment to tell the boss about your new, great idea for the company. The boss is there to enjoy him or herself as well and doesn’t want some upstart doing an hour’s ear bending. If you have a great idea, send the boss an email or letter or arrange an appointment for a proper meeting. The office party is the wrong place.

Beware romantic encounters. Office parties are infamous for people getting off with each other, and some have led to long-standing relationships. But if they go wrong, they can also ruin the atmosphere in the office afterwards, for months or even forever. So think before you jump in the sack.

Do not stay until the end. This is the way to stick out for the wrong reason. The best bet is to leave at least an hour before it is all over. You have done your bit, time to move on.

The Worst Thing That Can Happen

A few years ago, London party planners Late Night London surveyed 1480 people about what was the worst thing they have witnessed at an office party. Someone swiping a supermarket club card in another person’s derrière was one of the more unusual as was the poor guy who asked for the music to be turned down and then stood on a table and proposed marriage to a colleague. It could have been one of those lovely moments, but she said no.

And if the office party is actually held in the office, remember it is neither clever nor original to photocopy parts of your body

The subheading Tips for Surviving Xmas Office Parties identifies an hour before party ending time as most opportune and sensible for leaving.

What time -- perhaps punctual, perhaps 5 to 60 minutes after party beginning time, perhaps something else? -- would be most opportune and sensible for arriving?

Here we have no alcohol allowed, so no one has that problem. But there is a game I refuse to participate in. Those who do bring a gift of a certain value, well wrapped. Then people are chosen one at a time to open a gift, or to opt to take one from another person who has opened one before them. There is potential of really offending by taking a nice gift from someone else. Yes, they get to choose again, but the damage is done. I leave before this starts.

Why having the right culture is important in a workplace

How to achieve a workplace culture where every employee is happy and giving t...

Before you set off for exotic lands you might want to know a bit about the po... 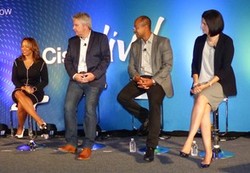 Why having the right culture is important in a workplace 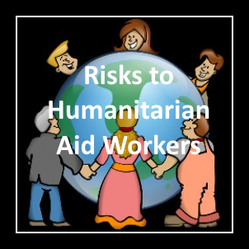 Before you set off for exotic lands you might want to know a bit about the potential dangers facing you. A semi-humourous view of the risks of humanitarian service.
Loading ...
Error!