Eugene Atget was a mystery, an accidental pioneer in photography and a legend, upon whose work all of today's street and urban landscape photography depends.

Born in 1857, sharing his infancy with that of photography's, Atget left an indelible imprint on the history of photography without ever apparently having any intention of doing so. He never cultivated followers or expressed any philosophy about photography or art, but serious photographers that came after him are almost all followers who honor his aesthetic in picture making.

A sailor, an actor who lost his voice and a failed painter first, Eugene Atget didn't take up the art that made him a legend until he was forty, but over the next thirty years, shooting in and around Paris with an out of style camera and obsolete technique, he amassed an unmatched historical record of pictures.

A favorite story I heard was told by a friend of mine who was helping curate an Atget retrospective at the International Center of Photography in New York. Working through the thousands of pictures printed by Atget, he saw notes like this on the back of some: "This is now gone."

What Atget had done, unintentionally as far as we know, was preserve a visual record of a world being quickly eaten up by modernization.

Art So Unique You Forget The Artist

"I have done little justice to the great City of Paris," he said, summing up a thirty year career of nothing else.

Paris is a vibrant city, filled with remarkable architecture and grand boulevards connected by smaller streets and alleys. But what was Paris like then and how did Atget's style capture it? 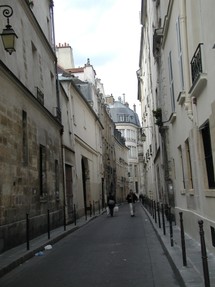 Born in Liborne but orphaned by the death of both parents before he was six, he was raised in Bordeaux, coming to Paris first when he was twenty-one after spending time in the merchant navy. By 1878, Paris had undergone radical change. The German siege from in 1870/71 had included heavy bombardment that damaged much of the city, but wholesale destruction of another kind had done even more to wipe out its history.

In 1857, Napoleon III had hired Baron Haussmann to rebuild Paris in an Nineteenth Century version of urban renewal, tearing out the medieval lanes and communities that had spread from the original city center on an island in the Seine. Regardless of the emperor's motives (which included both civilian and military objectives), one effect was to shatter the community spirit of the city as whole neighborhoods were renovated or replaced.

In The Swan, Baudelaire wrote: "Old Paris is gone (no human heart
changes half so fast as a city's face)…"

The impressionist painters who soon swept into shows against official resistance where inspired by a passion to capture landscapes in and around Paris before modernization and industrialization changed everything. Urban painters like Manet, who refused to call himself an impressionist or accept his role as leading force, painted pictures of alienation. The Absinthe Drinker finds a woman in a bar, her detached companion observed only in a mirror.

The interesting thing about Eugene Atget's photographic style, at a time when artists became mor assertive than ever, was how completely he removed himself from the scenes. He photographed Paris. His interpretation was straightforward, unsentimental and without accent.

Atget's first career ambition, after leaving the navy, was to become an actor, but he was forced to give it up after an infection struck his vocal chords - more important in the days before microphones. He immediately took up painting, but soon gave that up for photography. 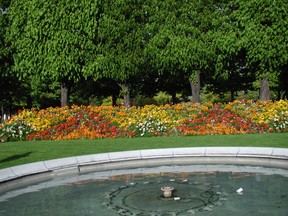 He sold other images to artists who used them as models, but in 1887, he started documenting what was left of old Paris. Part of the charm of his pictures is that they were taken in a style that was also being swept aside by the modern age.

Atget never declared any intention, artistic or otherwise, about his work as a photographer. Historians have simply come to conclusions about it based on what he called "this enormous and documentary collection." Many of their conclusions were based on what was not in the collection as much as what was.

What he skipped was the modern Paris that was often just around the corner from the quiet alleys and courtyards he did photograph. Because of his old-fashion style of shooting, the photos often had a dreamlike quality, a wispiness that made them seem slightly indefinite and true.

The dreamy quality was the result of his box camera needing long exposures, and he had to set up in the early morning when things were still. For this reason, the vast majority are absent people, horses and other creatures likely to fuzz the photo with movement.

It's easy to reach the conclusion that Atget was uninterested in people, but the limitations of his technique were more the issue.

By 1921, his project of documenting old Paris complete, he became wealthy enough to retire by selling thousands of his negatives. He did retire - but not from photography. In his last years, he took up photographing parks (Historians speculate that he feared they would soon be destroyed in the modernization of Paris.) and a somewhat strange series of photographs of prostitutes.

Eugene Atget died in 1827, at age 70, just a year after the death of Valentine, his lifetime companion.

Some of His Most Rembered

Although a successful photographer in his business, Atget's work as art was never exhibited in his lifetime. That soon changed, thanks to Berenice Abbott and Man Ray, both later recognized as giants of photography themselves.

Surrealist pioneer Man Ray, a neighbor of Atget's, believe he found surrealist and even dada-like elements in his photographs. He even used on as the cover for his magazine The Surrealist Revolution. Oddly and well-known for his stubborn adherence to middle class principals, Atget permitted only after Man Ray agreed not to put his name on it, calling his photographs "simply documents I make."

But Berenice Abbott, who was working as Man Ray's assistant at the time, promoted Atget's photography, even after she became famous herself. She even went so far as publishing books with prints she made herself from his negatives.

Eugene Atget's accumulated work in photography is great enough that he was assured a place in history well before he died, even if he wasn't interested in being remembered, but without Man Ray and especially Berenice Abbott, he stood a much smaller chance of being recognized as a great artist.

Art of Urban Landscape Photography
Urban landscape photography shows us our cities through different eyes. Add art, and you have the unforgettable urban landscapes of Deborah Julian.

Eugene Atget and the Stillness of Paris

With Duke Ellington's "In A Sentimental Mood"

Your thoughts on Eugene Atget

I agree with you there, sheilamarie. Atget saved something that's gone, but it's impossible to lose Paris. Thanks.

I have long loved Atget's work. Paris is changed, but it's still a beautiful place to explore.

Yes, he saved our images of a legendary medieval city before it could be destroyed.

Fascinating! How great that he took photos of all those beautiful old places in Paris.

Thanks, Elias. Atget is easy to enjoy and write about, a genuine original.

Urban landscape photography shows us our cities through different eyes. Add a...

The peculiar combination of methods favored, and the variation of degree in a... 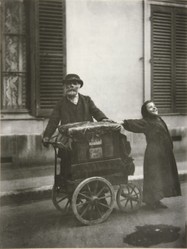 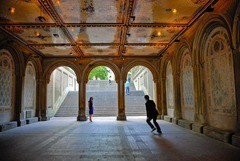 Urban landscape photography shows us our cities through different eyes. Add art, and you have the unforgettable urban landscapes of Deborah Julian.
39%  2   5 puerdycat
Photographers 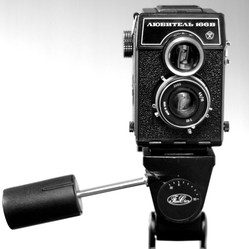 The peculiar combination of methods favored, and the variation of degree in applying them, produce a particular style.
Loading ...
Error!