Creative brilliance like Laura Rankin's always emerges from a less definite past.

Coincidence spun me back in a Google search about a friend I lost track of years ago. When I hit the return key, her award-winning history stretched out like a list of honors.

My one-time friend became one of the finest illustrators and writers of young children's books.

Until a book I was reading by another Rankin - Lissa - tipped my memory toward a Google search, I didn't know that my long ago acquaintance went on to win the Boston Globe's Horn Book Honor Award for The Handmade Alphabet, a work inspired by the beauty of her deaf stepson's sign language.

When I found out about Rankin's success, my memory started rummaging around for whatever I had put away in that long ago attic of people in Buffalo.

I remember meeting her in Jim's store. He was roasting and selling coffee in a shop on Elmwood Avenue - where rumor had it prostitutes were scouting new locations - and Rankin was there one afternoon.

Before the days of Starbucks, we shared cups of Jim's best in town coffee. Rankin was beautiful, still is according to photos, and I think Jim had a crush on her.

But he and she were both married and Rankin was definitely not the type, anyway.

What type was she?

Smart. Sure about her art, if not of where she was in life. She was kind and too generous to tell us how annoying Jim's and my rapid fire jokes were. We lived on ricochets, she on substance. Substance and style.

Her illustrations in the news were distinctive, with more of an artistic flourish than you'd expect on cheap paper in ink that reliably dirtied your fingers.

While eager to break out of the daily newspaper mold, Rankin may have already been dreaming about the young children's books that have made her famous, like Ruthie and the (Not So) Teeny Tiny Lie.

Ruthie's first appearance illustrates how this colorful character, a red fox, gets caught in a lie and has to deal with it as it mushrooms out of her control. Rankin followed up with Ruthie and the (Not So) Very Busy Day. Her favorite day, Saturday, when she expects nothing but fun is disrupted by family demands and a calamity or two to go with them.

Laura Rankin, I realized, has a greater gift than I thought when we were both starting out in Buffalo. She wasn't just an outstanding illustrator. She also had the emotional agility to get inside the heart of a young child, feel her frustrations, passions and dilemmas and recreate them in words and pictures.

A long gap yawns between the days when I knew Laura Rankin and now when I've rediscovered her as the award-winning, freelance illustrator she then dreamed of being.

An artist's dreams don't always come true, as we all know, but Rankin's did.

I met Laura, back in Buffalo, introduced by my best friend, Jim.

The three of us had a lot in common. Rankin - yes, that's who she was to us, Rankin, not Laura - worked as an illustrator for the Buffalo News, and Jim was freelancing a sports page cartoon, Weekend Warrior, in the same newspaper.

I was less successful, working on spec at the time on an article about whether gentrification in the city's Allentown neighborhood and the police presence that came with it was driving prostitutes north, up Elmwood Avenue.

Clearly, I was not destined for the same gentle universe Rankin edged into.

Over the years, after Rankin and I both left Jim behind in Buffalo, I kept up when I could, but eventually, I lost track of her as she moved to Maine and later to Maryland. The thread of my connection to Jim thinned too.

We all grew up, as they say, differently.

More Ruthie, Learning to Cope When Life Does Not Turn out as planned

We All Take Different Roads

Looking back on the days when I knew Laura Rankin, when she and I and our mutual friend, Jim, were young and unsure of what the future held, is about as nostalgic as I ever get.

I'm glad I knew her and wish I'd had the character, then, to make friends I'd keep.

You can't go back, of course, but it's satisfying to discover that a long lost friend's road has been traveled so well.

It makes me wish I'd been there to celebrate with her.

Surprises In Cat Art by Deborah Julian
Deborah Julian's cat art surprises by taking us places few other cat artists go. Her images leap from the simply beautiful to hilarious, always with color and art.

Bing Crosby Tribute
Bing Crosby songs will be with us forever, but he was more than his songs. He was a pioneer who earned his status as a legend.

Eugene Atget Photography
Eugene Atget was a mystery, an accidental pioneer in photography and a legend, upon whose work all of today's street and urban landscape photography depends.

Have you ever lost a friend and, then, found them again, years later.

The article looks good here as well! I haven't had this happen, but I do love how one of my friends and I can always catch up no matter how much time passes between visits

Ruthi, in context, I did thing that was a bit coincidental.

Indeed, we can not go back but it is nice when we catch a glimmer of our past that brings a knowing smile to our present. Now, you know I'm going to have to read that "Ruthie" book, as a Ruth and as a lover of books for kids.

This is the story of Flat Stanley visiting my home. I'm sharing his adventur... 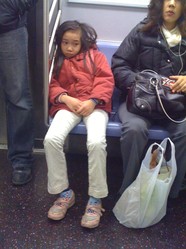 Rapunzel is a classic fairy tale which origins can be traced more than thousand years ago. Did Rapunzel really live?
100%  31   29 ohcaroline
Children's Books 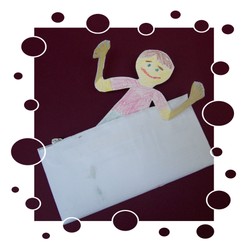 This is the story of Flat Stanley visiting my home. I'm sharing his adventure for all readers to read...kids and adults.
Loading ...
Error!