Did you ever get the feeling that your thoughts and Ideas about the world made a difference in your fortunes? We all do, don't we?

Jerry and Esther Hicks took the age old concept of a "law of attraction," spun it as a message from "Source," what you and I call God. To keep the ball rolling for twenty-five years, they stretched it into some of the craziest life lessons you'll ever hear.

The joke wears thin when it becomes clear how thoughtlessly they led followers from whom they picked up millions in cash.

History of the Law of Attraction

The law of attraction, the idea that like attracts like, has been around in one form or another for ages. It was no secret as Rhonda Byrne noted in her movie, strangely titled The Secret. But it wasn't published in its modern form until 1891 when Prentice Mulford used "the law of attraction" in a pair of essays.

Others followed in what was known as the New Thought Movement. Thomas Troward lectured about it in 1904. In his 1906 book, Thought Vibration or the Law of Attraction in the Thought World, William Walker Atkinson wrote about the importance of negative and positive thoughts and how they attracted matching results in a person's life.

Wallace Wattles' The Science of Getting Rich was probably the most influential of numerous books about the law of attraction and its powers until Napoleon Hill published Think and Grow Rich, the book that got Jerry Hicks' attention. In his version of reality, it changed Jerry's life forever, bringing him great wealth out of nothing.

The Upshot of the Law of Attraction Secret

None of the above stopped Jerry and Esther Hicks from trying to claim trademark rights to the "law of attraction."

A friend of mine was riding with them on the monster bus Jerry and Esther were always rhapsodizing about when they got word that their claim was denied - for the obvious reason that neither they nor their claimed spirit channel, Abraham, originated it. It had already been in continuous use for a hundred years.

Surprise! Jerry and Esther were furious. Others could now use the term without paying them or getting permission, which was all Jerry publicly stated that he wanted.

Jerry and Esther Hicks' Spiritual Money Tree, Stories Behind the Abraham-Hicks' Teachings and the Law of Attraction

Looking Back for the Source

Where did it come from?

In my book, Jerry and Esther Hicks' Spiritual Money Tree, Stories Behind the Abraham-Hicks' Teachings and the Law of Attraction, I described how, as Esther tells the story, Abraham (a nonphysical group of teachers who feed her wisdom, to the uninitiated) took control of her arms one night while she was lying in bed with Jerry. The started making her thump her chest involutarily.

If this happened to my wife, I'd call 911, but no, Jerry seems to have done nothing, although I'm willing to guess he squealed, "Yikes!" at least once and clutched his head in amazement.

Esther, on the other hand, says she was drawn to a typewriter. After her fingers involuntarily punched keys to get an idea of how the machine worked, the "masters of the universe," according to Wayne Dyer, taped out "I Am Abraham." Then, "We are going to write a book together."

That book, she announced on stage to live audiences was Ask and It Is Given: Learning to Manifest Your Desires. The book remains a best seller, but there are a couple of problems with this narrative.

First, this was not the first, but the third book published by them that brought in Abraham to teach about the law of attraction. As with the trademark claim, they may have thought no one would notice. Their first two books, which contained crazy cult-like predictions about the Earth being torn apart by earthquakes and advised everyone to prepare by buying gas masks, sold so poorly hardly anyone knew they existed.

(Later, when skeptics began writing about the New Beginnings books, they were reissued with the craziest of the craziness edited out.)

But this was just a problem with simple integrity. Spectacular, unproven claims are not that uncommon in the marketing of New Age ideas, even those that seem more fanciful than a dream I once had about Gwyneth Paltrow.

The more significant problem was that the book carried not a single original idea and was filled with suggestions both contradictory and confusing.

Sometimes when you cook up a story you don't imagine it will become so well-known that critics might start looking under the covers. Decades before trying to lay claim to the law of attraction, Jerry Hicks told anyone who would listen that his life changed for the better the day he serendipitously stumbled onto Napoleon Hills's Think and Grow Rich.

Think and Grow Rich is one of two books by Hill that have the law of attraction as a theme. Hill, on the other hand, was transparent. He presented his philosophy straightforwardly, with no need for channeled nonphysical entities or any sort of magic, giving Andrew Carnegie credit for setting him on the right path.

When Esther Hicks pitches the law of attraction or writes a book about it, she gives all the credit to Abraham and nothing to anyone else.

In my opinion, the reason is obvious. Lacking Napoleon Hill's clearheadedness and persuasive abilities, Esther Hicks was not going to convince anyone to her cause simply by being Esther. She and Jerry needed Abraham to sell tickets and books.

It's All Here From Napoleon Hill

Best Seller for over 70 Years

The Teachings of Jerry and Esther Hicks

Are they clear and useful?

The Law of Attraction and Beyond

From the Clean to the Preposterous

In future articles, we can explore some of the many published teachings of Esther/Abraham Hicks. Some are nutty enough - humans did not evolve from an earlier species, for an example, but were around with the dinosaurs - to have some fun with. Others, like her advocacy of tolerating animal abuse and her claim that all deaths are suicides, are dangerous and reprehensible.

In the meantime, I'll leave you with the information that, when Jerry and Esther lost their attempt to control public perceptions of the law of attraction, they tried to save the game by coming up with the "vortex of attraction."

This served a dual purpose. It made a sound alike, if clunky, alternative and it created an answer to people's demands about where, after following Esther/Abraham's instructions, their stuff was.

It was in the vortex.

So, what do you think about Abraham-Hicks?

"Align Within," a new pair of guided meditations by Ahnalira Koan surprised m... 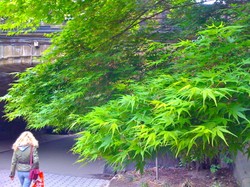 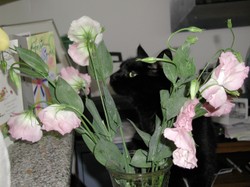 "Align Within," a new pair of guided meditations by Ahnalira Koan surprised me. I thought my daily meditation had covered it all. I was wrong.
100%  9   8 VioletteRose
Spiritual Practices

In many places around the world, people avoid eating food during the time of solar and lunar eclipses.
Loading ...
Error!